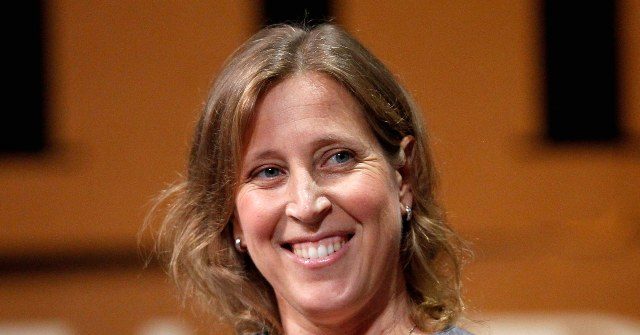 Well over a year since Joe Biden’s inauguration, Big Tech continues to take a zero-tolerance approach to claims of fraud in the 2020 election, with YouTube recently removing a video of a speech by former President Donald Trump discussing the issue at an event in Florida.

In a comment to Breitbart News, a spokeswoman for the Google-owned video hosting platform confirmed that the speech, which had been hosted on the channel of the Heritage Foundation, had been removed for violating the tech giant’s “election integrity policy.”

The censored speech is available to watch on competing platform Rumble.

“We removed content from and issued a strike to The Heritage Foundation channel for violating our election integrity policy, which prohibits content that advances false claims that widespread fraud changed the outcome of the 2020 U.S. presidential election, such as claims that the election was rigged,” said the spokeswoman.

“As a result, this channel is temporarily suspended from publishing new videos or livestreams. Our policies apply to everyone and we enforce it consistently, regardless of the speaker.

But YouTube’s censorship council, in all its wisdom, decided that several seconds of Trump’s remarks warranted banning us from the platform for a week.

Maybe @elonmusk should buy them, too.

In a tweet, the president of the Heritage Foundation, Kevin Roberts, condemned YouTube’s decision.

“Big Tech is an enemy of the people, and needs to be held accountable with policies that hit them where it hurts,” said Roberts.

“We posted the 82-minute video on April 21 and it had more than 530,000 views. But YouTube’s censorship council, in all its wisdom, decided that several seconds of Trump’s remarks warranted banning us from the platform for a week.”

“Maybe Elon Musk should buy them too,” concluded Roberts.

Allum Bokhari is the senior technology correspondent at Breitbart News. He is the author of #DELETED: Big Tech’s Battle to Erase the Trump Movement and Steal The Election.