You’ll Probably Get Covid-19 Eventually. But Avoid It for as Long as You Can. 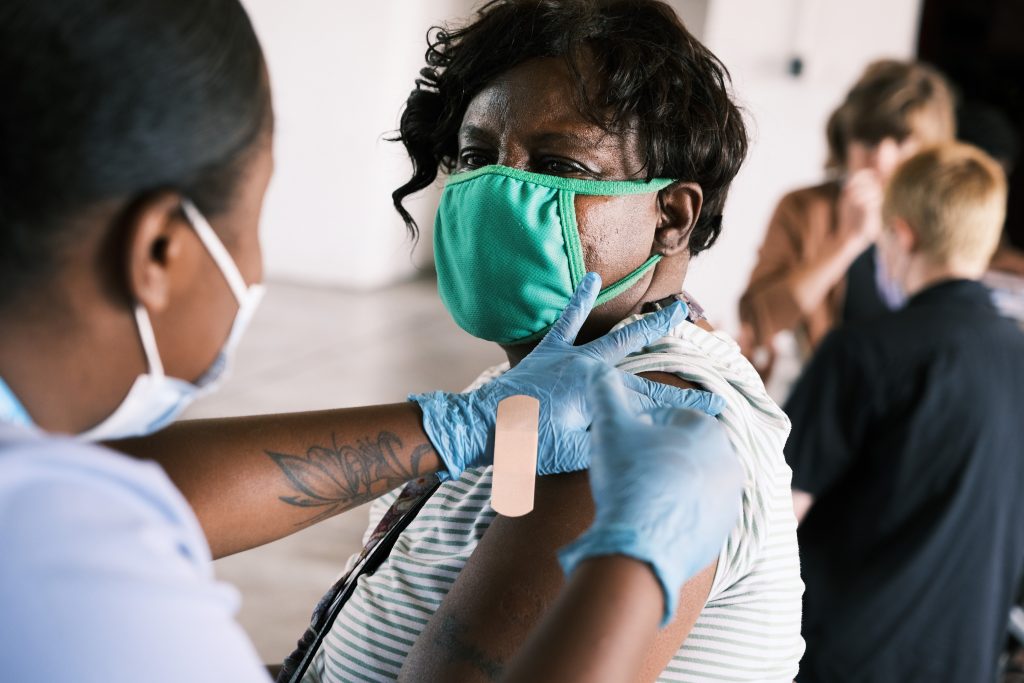 “Hot vax summer” never quite materialized. For parents, like me, and other caregivers with vulnerable family members, it wasn’t clear what exactly we could do safely. Now, as Covid-19 cases in the United States spike and we learn that vaccinated people may transmit the delta variant to others, we are all donning masks again and gritting our teeth in preparation for more restrictions. And we’re wondering: Will it always be like this?

The science is pretty clear: SARS-CoV-2 is here to stay. It will become endemic, which means the virus will continue circulating through humans and animals in the next few years. Elimination, where the virus is almost entirely quashed, is possible, but complete eradication would take a lot of work. In fact, the world has eradicated only one infectious disease among humans: smallpox. That took about 200 years of inoculation campaigns. We now know a lot more about conducting widespread vaccination campaigns quickly, but it takes the kind of coordination and national action that few countries have seen yet.

The longer the virus continues spreading, the more likely we are to catch it, even if we’re vaccinated. The good news is, the vaccines are excellent at protecting against severe illness and death. But in my darker moments, I find myself wondering: Am I going to catch this virus eventually? And if so, should I abandon precautions now because I’m not going to be able to escape it anyway?

The experts I’ve talked to in the past few months are divided on the first question. Some experts believe that we will all catch the coronavirus at some point in our lives, while others believe it’s avoidable if we take action. But they all agree on one point: The longer we can wait to catch the virus, the better it will be for everyone. In other words, the precautions are important.

Until all children are eligible for the shot and the immune-suppressed are eligible for their additional dose—and until the spike from the delta variant subsides—timing matters. Everything we can do to protect the vulnerable from getting sick and dying, and keep health systems from collapsing, and keep ourselves from the risk of long-term symptoms and disability, we must do. And even if the virus becomes endemic, that doesn’t mean we can’t control it.

When I ask Covid experts what’s coming next, they all pause. “One of the main lessons that we’ve had so far in the pandemic is that it’s very, very hard to forecast what’s going to happen next,” Carl Bergstrom, a professor of biology at the University of Washington, told me.

“Anyone who wants to predict what’s going to happen with this surge basically needs to clean four inches of mud off their crystal ball first,” said Dr. Michael Osterholm, director of the Center for Infectious Disease Research and Policy at the University of Minnesota. The future is always cloudy, and new variants add a lot of muck to the mix.

“I expected a big wave, and I expected it to come during respiratory virus season,” said Dr. Jennie Lavine, an infectious disease modeler at Emory University. “I thought we might have another month or two of low transmission.”

Here’s what they do know: This virus has surprised us before, and it will surprise us again. People and governments should plan to stay flexible and understand that the situation will change, in ways we can’t always predict. There can be no premature declarations of victory. There are no cheat days in a pandemic; working hard and being careful some of the time doesn’t mean you can disregard the virus the rest of the time.

Overwhelmingly, though, experts agree that it will get better. Eventually.

The best data we have on what might happen with the current delta spike comes from other countries. In the U.K., for instance, the virus rose just as sharply as our cases are spiking now, and then it suddenly began dropping. “It seems likely to me that we’ll see delta peak at some point in the fall and start to recede,” Bergstrom said.

Osterholm was more specific. “We could easily see this surge take a major decrease by late August, early September. If the rest of the country starts to show a big increase, then that surge would last longer, but I think it still will go up fast and come down fast,” he said.

But it’s likely we’ll see other spikes as the virus continues to evolve. “I’m not saying it’s going be in the fall or winter, but it definitely will come back again,” Osterholm said. We’ll continue seeing these surges, he added, “for a while, at least until we get a higher level of protection.” We will eventually reach some level of immunity, whether it’s because people choose to be vaccinated or survive the virus itself. “You can’t run out the game clock here,” Osterholm said. “If you think, ‘I haven’t gotten it yet, I’ll just wait another six months and this whole thing will be over with, I don’t have to get vaccinated’—this virus will eventually find you. It will find you.”

The fact that the virus is peaking now, in summer, could mean winter is “a little better than it otherwise would have been,” Lavine said. “But I still think it’s going to be a really long haul through this whole winter.”

That doesn’t mean it will be as bad as last year in many parts of the country. “Being vaccinated during a delta wave, while it’s not ideal, is not as risky as being unvaccinated during, say, the November wave,” Bergstrom said.

Those currently vaccinated, facing the delta wave, are much less likely to get sick and die than the unvaccinated were last fall and winter. They also have a much better chance of not getting infected if they come into contact with the virus, and when they do get breakthrough disease, the virus typically clears faster—making them less likely to spread it. There is the possibility of long Covid, as well, but the rates among vaccinated people are not yet clear.

Geography will matter, too. “If Louisiana and Florida were countries, not states, they would be the number one and two countries in the world for the incidence of Covid being reported,” Osterholm said. Uneven vaccination rates and cases throughout the country mean some of us will face surges while others face lulls, until, eventually, everyone acquires immunity in some way. “It’s not going to be like this forever,” Osterholm said. “But for right now, it is going to be a challenge.”

Long-term, Bergstrom said, we’ll shift our thinking about Covid-19. “We were thinking of it as a really serious pathogen with potentially life-altering, if not ending, consequences,” he said. But once more people are protected, “we may be able to think about it more the way we think about influenza.”

That timing—waiting for more people to become protected—is everything in the next few months. And while delta may make it harder to achieve herd immunity, herd immunity has never been an all-or-nothing proposition. Every vaccination helps slow the spread of the virus. “Your vaccination indeed is absolutely protecting your community,” Bergstrom said. Even if your community doesn’t have widespread protection, each vaccinated person is an opportunity to break the chain of transmission. “Your vaccine may not even make you 100 percent sure of not being a link in a chain, but it reduces the chances of your being a link in the chain tenfold or more,” Bergstrom said.

“It is our societal responsibility for the next number of months to keep transmission as low as we can, because there are still those people at risk,” Lavine said. “It’s not to anybody’s benefit to have overwhelmed hospital systems and mass deaths and the grief that accompanies huge proportions of the population dying in a short period of time.”

It may feel like the pandemic is stretching on forever. But pandemics take time to address, and there’s never been a magical solution to them. There are going to be setbacks in our gradual return to a new normal, and there’s no going back to the way things were. Even so, one day the virus will no longer be one of our greatest threats. We will reach stasis as a society; how long it takes depends on us. And as we have seen this summer, there are no shortcuts in a pandemic. The only way out is through. But we will get through.