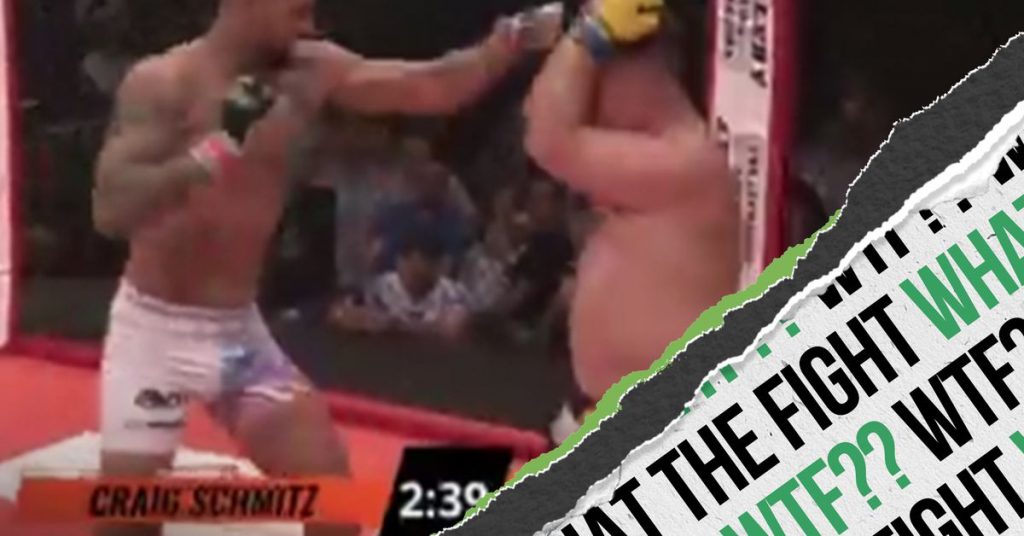 We’re back this week with more oddities and surprises from around the world, and it hasn’t gotten any less strange. But at least with some of these, the level of technique has improved drastically.

Fight Commentary Breakdowns delivers this gem for the week, in which open air MMA in a park was the theme. It consists of two bouts, one a Muay Thai guy vs a gentleman billed as a Karate practitioner, the second a Muay Thai fighter against a Sambo specialist.

This is one I won’t say much about but highly encourage watching. The skill level is pretty surprising, and there’s a fair amount of great stuff to take from it. These guys are really about it and don’t half-ass it at all. Seriously, carve out some time to check this one out.

Dambe Warriors continues to deliver straight fire, and this week we’ve got Dankanawa vs Maru in a wild one. Dankanawa has a very clear height and reach advantage, and he uses it to outclass Maru by leaping in repeatedly, ultimately sitting him down for the finale.

In another bout, you get to see a mesmerizing amount of feints. Remember, this is one-handed fighting. How do you feint reliably to fake out your opponent? Lots of shaking, it appears.

Things don’t really heat up until the 2:30 mark, and it’s flurries and aggression. But they call a break in the action for coaching, and it heats up again. Come for the punches, stay for the celebration dancing with the arena band (seriously) and the Street Fighter victory pose at the end. There’s an undeniably infectious energy here, and this is very much worth your time.

None of these would be complete without STRELKA, and we’re going back them for more insane action. It’s a classic video from their vault, but it’s a jaw-dropper.

Now, this one is titled DUDY vs NAVY SEAL, and it’s somewhat misleading. The “Navy SEAL” in question is actually a Russian special forces guy, but these videos don’t click on themselves. Solider man is bricked and about twice as thick as the younger gentleman he meets, and this bout just starts off like most of these do. Lots of uncoordinated awkwardness followed by a bit of focus. But it’s the ending you have to see to believe.

Trust me on this, it’s just that good.

This next one is BOMBER MAN vs BUTCHER, and while not as explosive a finale, it’s the talent level that stands out to me. These two have definitely had a fair amount of training and sparring time, and I’d personally rather watch this than some of the schlubfests you see on the regional circuit. In fact, I’ll go so far as to say that this is better than some fights we’ve seen in the biggest organizations out there.

The submission ending looks devastating, and clearly they’re not the most conditioned or polished talents. But they didn’t look like guys that didn’t belong in an MMA fight, either.

But this next bit isn’t as satisfying, it’s just odd. It’s a backyard boxing bout in a yard.

Did I mention it was raining? It’s raining.

What kind of lawless hellhole would even entertain such an idea? You guessed it. Florida. STREETBEEFS delivers the weird this week with a bout between guys that we can safely estimate haven’t had much training.

This next one gets the “Hard Times“ award of the week. Two more clearly undertrained (or more likely untrained) competitors put it all out there in the same backward for an MMA mudfight. The fight doesn’t look like much from a technical perspective, but they’re not playing around. It ends with another savage finish.

Finally, a bit of a sad one. Doncaster was the home of Caged Steel in a recent event in which one of the worst mismatches I’ve seen in a long, long time took place.

It’s one thing to see this in an unregulated pit for Youtube hits, but this is just terrible matchmaking. Nobody really wins from this in the end. In fact, any of the other vids posted above are more acceptable than this.

So that’s it for this week. And remember – you might think you can fight, but there are guys like you all over the world.