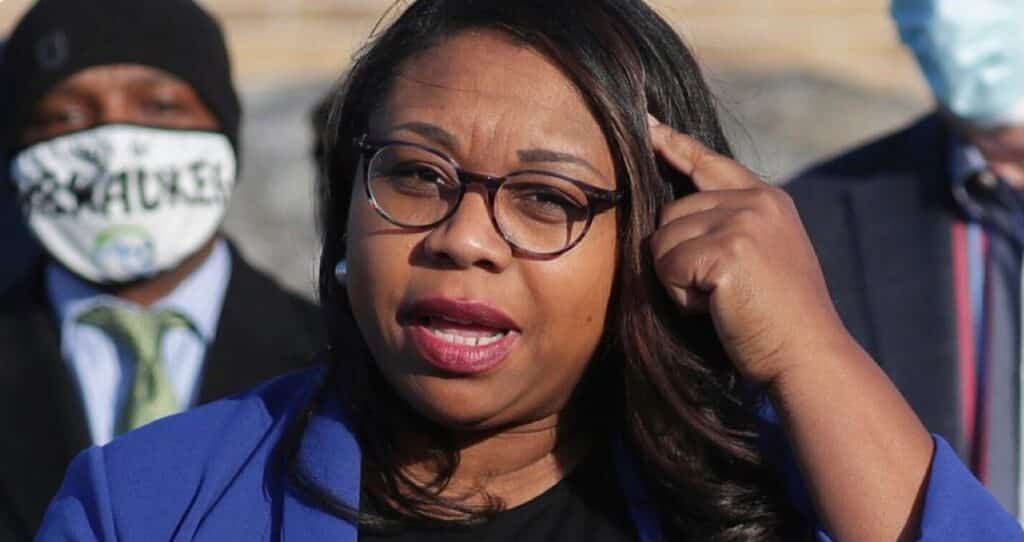 A democratic Senate candidate from Wisconsin was charged Tuesday with four felonies for allegedly stealing several thousand dollars from her own campaign and lying about it.

Milwaukee City Councilwoman Chantia Lewis, who is running for Ron Johnson’s seat, allegedly stole $21,000 and used it to travel to a worship conference in Florida, pay tuition for classes at a bible college and go on family vacations, The Hill reports. She also used it to pay expenses like car and credit card bills.

The complaint also said that Lewis made more than 20 inappropriate ATM cash withdrawals, adding up to more than $5,000, between 2016 and 2020.

“We will make the necessary corrections. But make no mistake, I am innocent of any criminal wrongdoing,” Lewis said in a statement. “As a first-time candidate in 2016, and like many first-time grassroot candidates, I self-funded much of my campaign. My campaign was run by my family and a team of amazing supporters. We did our very best to run a positive and compliant campaign. I am confident that once this is over, I will be absolved.”

Jason D. Luczak, Lewis’ attorney, told the Milwaukee Journal Sentinel that Lewis is innocent and that he would be filing to dismiss charges before the councilwoman is set to appear in court on September 29.

Indeed, Lewis faces the charge of embezzlement, which carries a maximum penalty of 10 years in prison. She also faces up to $25,000 in fines.