Wilson Cruz Calls for Action Against Anti-LGBTQ Legislation, Stresses the Importance of Love 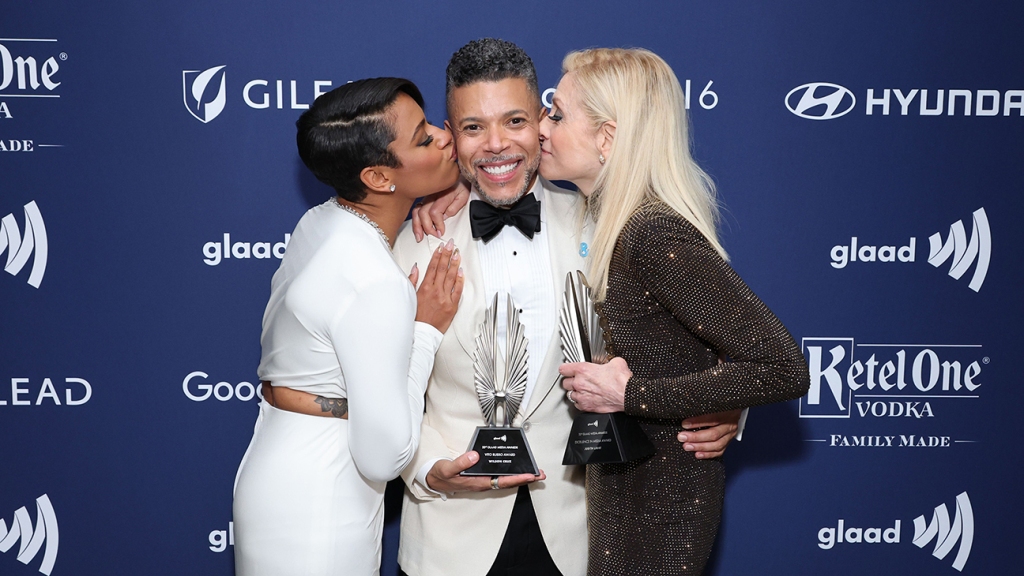 In light of the “Don’t Say Gay” bill recently passing in Florida and the possible overturning of Roe v. Wade, resilience and perseverance were top of mind for everyone at the GLAAD Media Awards in New York City on Friday.

Both instances of government control have been seen as taking steps back in the progress that’s been made as a country for women and LGBTQ rights, with both of the night’s honorees — Judith Light and Wilson Cruz — as well as several guests, saying there’s more work to be done.

“We need to remember who we are, and we can harness that and get to work,” Cruz told The Hollywood Reporter on the red carpet at the Hilton in Midtown Manhattan. “We need to get to the polls and protect our kids, and we need to save abortion access for everybody, and by doing that, we will save marriage equality and interracial marriage, like the fact that we’re even talking about that is absurd. Anyway, we have a lot of work to do.”

The Star Trek: Discovery actor continued by saying that the trajectory of LGBTQ rights in America has climbed over the years because people were willing to tell their stories.

“The power of their stories, the way that their stories changed the way people thought and felt about queer people is how we got to where we are today,” Cruz said. “So, if we plan on having more success and moving the needle even more, we have to continue doing that work.”

During his acceptance speech for the Vito Russo Award — which honors an LGBTQ media professional who has made a significant difference in accelerating LGBTQ acceptance — Cruz further stressed the importance of voting at the midterm elections this year and putting a stop to all of the anti-LGBTQ bills being introduced across the country.

“I know these last two years have been really difficult for us. And I know we’re all tired. But we cannot sit back and celebrate our victory on gay marriage and forget that our youth, our trans siblings, our immigrant families, abortion access and our voting rights are under direct attack,” he said. Adding, “If you think they’re gonna stop at abortion and not come for those rights next, you haven’t been paying enough attention. We cannot allow them to turn the clock back to a time where they thought they could shame us into silence or inaction.”

Cruz also encouraged the LGBTQ community to continue to bend the moral arc toward justice, acceptance and more love, and embrace the power of their stories, because that is who they are, and that is how they can continue to inform humanity.

Later in the night, newly minted Oscar winner Ariana DeBose took the stage to introduce Light ahead of her acceptance speech for the Excellence in Media Award, which honors a media professional who has made a significant difference in promoting the acceptance of LGBTQ people.

In her introduction, DeBose reflected on Light’s role as an ally and the ways she has helped define how allies are critical to the community always, but especially now.

“She pushed for change in the theatrical world, demanding more inclusive voices onstage and off,” DeBose said. “Decade after decade, she has aligned herself with communities that have needed allies, accomplices with megaphones: women, people of color and the LGBTQ community.”

During her speech, Light addressed the “deeply, deeply destructive bills” being passed or presented in states like Florida, Alabama and Texas that have contributed to another cycle of violence and sorrow for the LGBTQ community and beyond.

“Let me just say that no one of any race, gender identity, sexual orientation or ability should have to face discrimination from their own government,” Light said.

She also praised the community for serving as a guidepost in her life, often helping her see if she’s being brave enough, kind enough, aware enough, conscious enough and sensitive enough.

“To be like you is to transmute violence, is to take risks, is to stand up, is to disturb the status quo,” she said. “Yours is a history that demonstrates the kind of ideal society we have the possibility to create and the kind of compassionate and empathetic people we have the ability to be in the face of fear and ignorance. This community personifies what it means to relentlessly follow your heart, to become authentic human beings and show the world how to be brave and how to love.”

Light concluded her acceptance speech by encouraging the attendees to go without hate and heal the world, promising that what matters at the end is how much they have loved and given back to those around them.

GLAAD President and CEO Sarah Kate Ellis called for action from the crowd during her address at the awards show, telling them that voting to pass the Equality Act is how they can fight back.

She added, reinforcing a statement many shared throughout the night, “We will not go back. We will protect our youth. We will protect our voices. We cannot look the other way right now, and we do not back down. We must double down. We’re warriors and rebels and fighters.”

Tommy Dorfman took Ellis’ sentiments a step further and encouraged people to take this pull to the past and bring it right back to the present by standing up for the LGBTQ people they know — and don’t know.