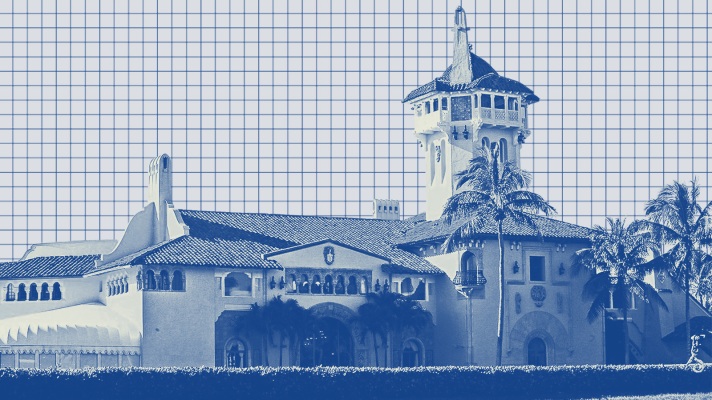 On Monday, FBI agents searched Mar-a-Lago, former President Donald Trump’s Florida estate, with a warrant to reportedly investigate whether he had mishandled or kept classified documents in violation of the Presidential Records Act, which requires presidents to turn over any written materials related to their official duties.

The dust is still settling on what exactly will come of the search — such as, what type of classified information does the FBI suspect Trump to be in possession of? But polling from YouGov conducted on Aug. 9 found that 62 percent of Americans thought it was either “a very big problem” (45 percent) or “somewhat of a problem” (17 percent) that Trump allegedly held onto classified documents after leaving office. That said, as we’ve seen with previous investigations of Trump, public opinion is split starkly along partisan lines, and Americans generally remain leery of taking action against him. That same Aug. 9 YouGov poll, for instance, found that 76 percent of Democrats — and 44 percent of independents — said they’d consider it a very big problem, compared with just 12 percent of Republicans. And an Aug. 10 poll from Politico/Morning Consult corroborates this breakdown: 81 percent of Democratic registered voters said the search was based on evidence that Trump had committed a crime, while only 16 percent of Republicans agreed.

We don’t have any other nonpartisan polls yet,1 but these findings are in line with polls that followed two similar stories from earlier this year. First, in February, news broke that the National Archives and Records Administration had retrieved 15 boxes of documents from Mar-a-Lago that they said Trump shouldn’t have had in his possession, and then New York Times reporter Maggie Haberman released bombshell details from her upcoming book of the former president clogging a White House toilet with papers he’d tried to flush. A Feb. 16-20 poll from Suffolk University/USA Today, for instance, found that 56 percent of registered voters thought the National Archives retrieving such documents from Trump was a serious matter warranting investigation. But again, there were stark differences by party, with 88 percent of Democrats saying it should be investigated, compared with just 27 percent of Republicans. Still, a survey conducted Feb. 12-15 by The Economist/YouGov found that 79 percent of Americans thought Trump taking home classified material was more “wrong” than “right” — including 61 percent of Republicans and 91 percent of Democrats.

This poll from The Economist/YouGov went one step further, though, comparing Trump’s security violation to Hillary Clinton’s use of a personal email system to conduct government business as secretary of state. And what it found is that a similar share of Americans considered both Trump’s and Clinton’s actions very or somewhat serious. For example, 47 percent said Trump’s security violation was “very serious,” compared with 43 percent who said the same of Clinton’s issue. Notably, however, there were stark partisan splits on these questions, with 93 percent of Democrats and 48 percent of Republicans saying Trump’s actions were at least somewhat serious versus 91 percent of Republicans and 56 percent of Democrats who said the same about Clinton’s actions.

It remains to be seen what legal action, if any, may come from this week’s FBI search, but public opinion on prior investigations of Trump offers some clues as to how Americans may be feeling about it. Consider special counsel Robert Mueller’s investigation of Russian interference in the 2016 election. Following the public release of the Mueller report in April 2019, polls found Americans unable to agree on the investigation’s findings: A Washington Post/ABC News poll fielded at the time found that 81 percent of Democrats said they believed Trump interfered in Mueller’s investigation to the level of obstruction of justice, while 77 percent of Republicans said the opposite.

Additionally, Americans have been hesitant to take action against Trump even if they think he did something wrong. For instance, the same Washington Post/ABC News poll found that shortly after the Mueller report was published, 56 percent of Americans said Congress should not start impeachment proceedings, which was 10 percentage points higher than what the poll found a few months earlier, in August 2018. It was a similar story regarding Trump’s first impeachment trial. In January 2020, after the House voted to impeach Trump but before the Senate voted to acquit, about half of Americans (51 percent) said they considered impeachment a wasteful use of Congress’s time, according to a FiveThirtyEight/Ipsos poll. That said, there are exceptions that show more stringent public stances on holding Trump accountable: A recent NPR/PBS NewsHour/Marist College poll reported that 50 percent of Americans thought Trump should be criminally charged based on evidence shown in the congressional hearings on the Jan. 6 insurrection at the Capitol.

To be sure, the FBI’s search of Trump’s estate is just the latest in a long list of legal problems facing Trump. In fact, it’s not even the only development in his legal issues this week. The question now is whether things will be different in the eyes of the public this time around. But if previous investigations are any indication, it doesn’t look likely.