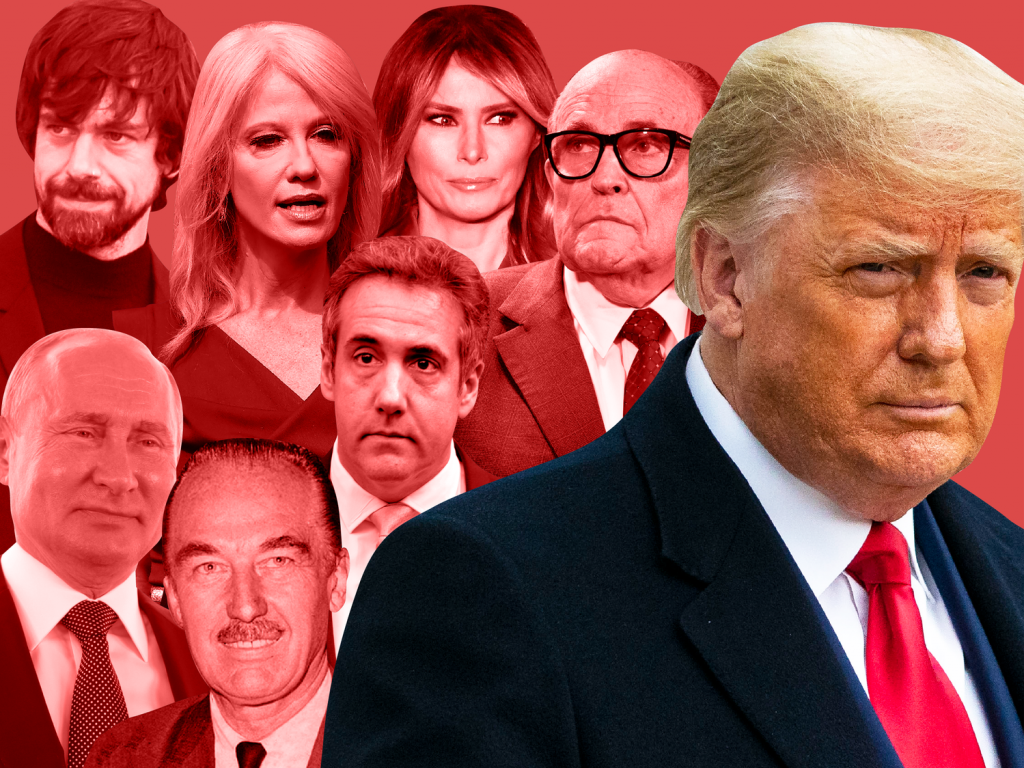 Early in his career his family supported him. A coterie of New York businessmen and lawyers helped him become a dealmaking tabloid fixture. Media moguls did their part by making Trump an international celebrity.

Trump was a one-man band atop his campaign when he became the 45th president of the United States, but there were many in his staff playing indispensable roles while he served as the most powerful person on the planet for four years.

Which brings us to this Insider project. No president has been like Trump. He broke norms. He tested the Constitution. He got impeached twice. It was a whirlwind unlike anything in US history, hence our attempt to build a searchable database to better understand the people and organizations that helped make Trump Trump.

Insider sought comments from those included about what it meant to them that their personal legacy would forever be connected to Trump. Only eight people responded with comments.

The list is searchable, and all the names can be viewed at once. You can sort the entries in different ways, including by relationship with Trump or chronologically to see when each person or entity entered his orbit.

There’s also a function that arranges everyone by location. It displays the entire cast of characters who’ve moved in and out of Trump’s orbit, as his power centers gravitated from New York board rooms to his South Florida private club and all the way to the White House.