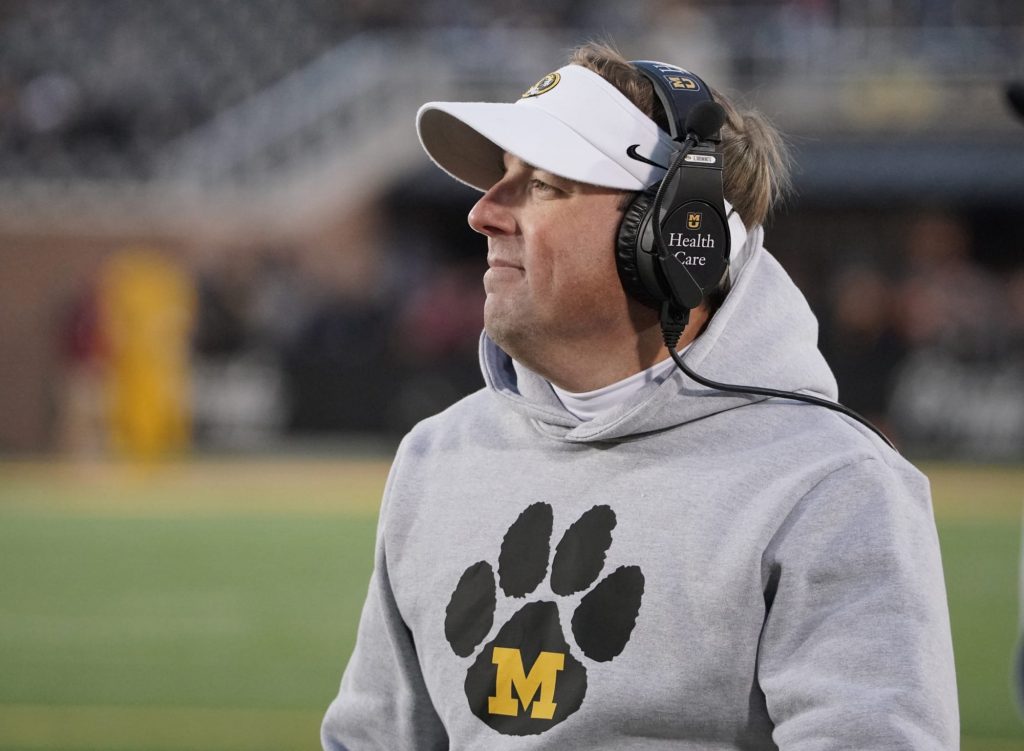 Missouri Tigers head coach Eli Drinkwitz dropped the mic and clapped back at Dan Mullen of the Florida Gators after their overtime win on Saturday.

The Florida Gators were coming off a win over Samford, despite the fact they allowed 42 points to the FCS school. Surely, they had some momentum facing off against the Missouri Tigers. Yeah, that did not happen, as Missouri pulled off the 24-23 win in overtime.

Following the game, Tigers head coach Eli Drinkwitz dropped the mic against Florida and Dan Mullen by pulling up his hoodie sweatshirt and taking out a lightsaber before uttering six words.

“May the force be with you.”

Drinkwitz dressing up as a Jedi does have meaning. After the Gators defeated the Tigers 41-17 last year, Mullen showed up for his postgame press conference dressed up wearing his Halloween costume, Star Wars character Darth Vader.

Hence why Drinkwitz decided to dress up as a Jedi in what was the ultimate mic drop.

Florida got on the board first in extra time after Trent Whittemore hit Emory Jones for a six-yard touchdown. The Tigers responded with a 13-yard touchdown run by Tyler Badie, but they emerged with the victory after Bazelak hit Daniel Parker Jr. for the successful two-point conversion.

Missouri will look to end their regular season on a high note on Friday with a win over an Arkansas team that gave Alabama a fight this weekend. Meanwhile, Mullen and the Gators turn their attention to the Florida State Seminoles next weekend.