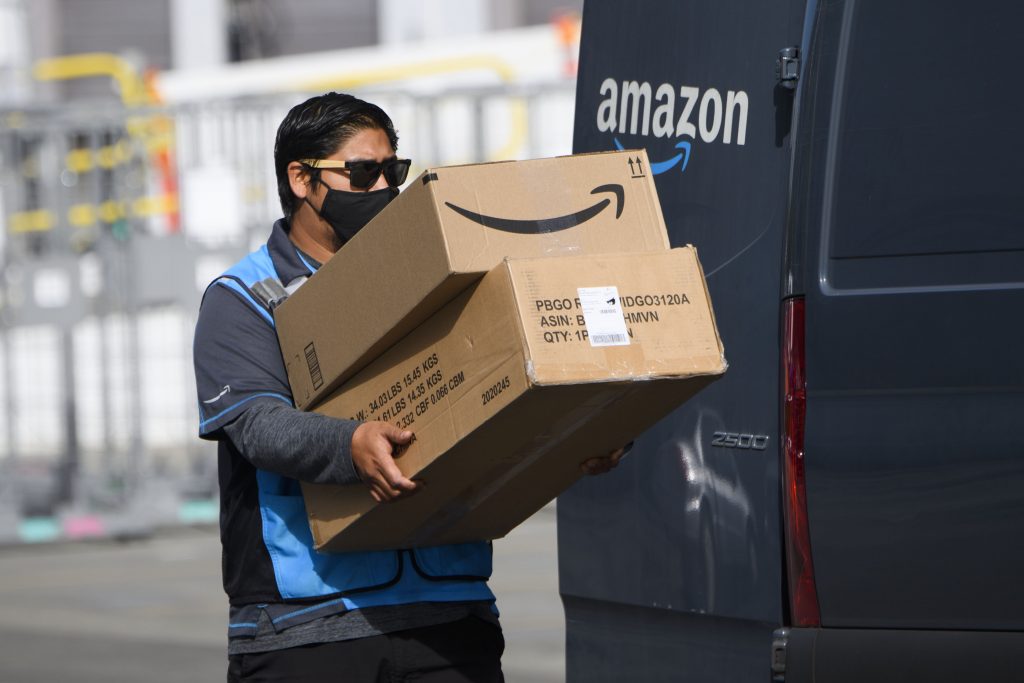 If you think you might have a shopping problem, this video might just make you feel better.

The sheer amount of packages delivered to one Florida house by Amazon has shocked TikTok users after various videos from neighbours flooded timelines across the app.

A video shared by Tierra Lopez, @teaaaaaa.x, two days ago, which can be seen here, has since amassed more than 1.2 million views. It showed Amazon delivery drivers unloading vans with masses of boxes all to one house.

“So I come outside to smell the roses and I see this,” she captioned the clip, documenting the unbelievable amount of boxes stacked up outside the neighbouring house.

A second video uploaded by the same user showed it from a different angle, showing three vans of Amazon drivers parked outside the house hauling boxes to the outside

Although no exact amount is able to be worked out due to some boxes being hidden, Newsweek calculated more than 150 boxes stacked up, with more being unloaded.

If users missed those videos, their “For You” pages may have already been graced with her mom’s, which offered another angle of it all. In just a day since uploading, @cassie5616’s video of the house has gained over two million views and can also be seen here.

“When that PPP loan drops,” she joked in the caption, adding an image to her video of all the delivered boxes spanning across the whole front yard.

A second video shared by the user, informed viewers that the ordeal had been going on for three days and deliveries were still arriving. A removal truck was captured reversing onto the lawn, dropping off more boxes on to the front lawn outside the house.

Notably, the Amazon deliveries were still on the lawn but had been covered in blue tarp to protect them in the three days since being delivered.

One user pointed out that the deliveries seemed to be half Amazon, and half Walmart via Amazon, as boxes with green on are usually from Walmart.

Amid shock from viewers, many asked for updates on what is inside of the boxes, and the reasoning behind why there are so many.

Guesses ranged from the Amazon warehouse returning stock to an Amazon seller to the neigbour stocking up on amenities during the pandemic.

“Please ask them if they are willing to be on TikTok….I want to see what they bought,” asked one viewer.

“Please update with what’s inside. I know I am nosey, but what the hell,” commented another.