Vaccine mandate bans in Florida and Texas are legal — and deadly 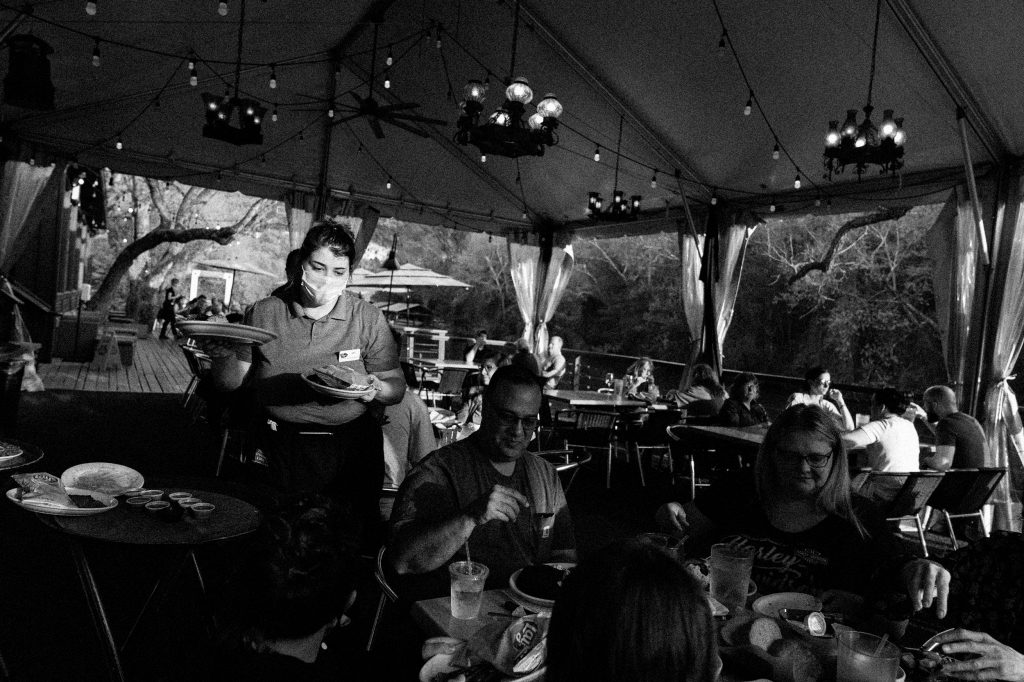 A common argument from elected officials who have prohibited local governments and public schools from imposing mask or vaccination requirements is that such bans on mandates (no-mandate mandates, if you will) are necessary to protect individual “freedom” during this Covid-19 pandemic.

Reading from what sounds like the same script, Texas Gov. Greg Abbott, Georgia Gov. Brian Kemp and Florida Gov. Ron DeSantis have stressed “personal responsibility” as the animating principle behind their statewide initiatives. To quote Abbott’s spokesperson, “Every Texan has a right to choose for themselves and their children whether they will wear masks, open their businesses, or get vaccinated.”

But recent efforts to constrain private businesses from exercising that very right to choose underscore that this oft-repeated mantra is an utter canard — and that what these politicians are pushing isn’t the right to make personal choices; it’s the right to make personal choices with which they agree. Such measures may well be legal, but we shouldn’t confuse them with any analytically coherent understanding of what freedom is.

Start in Georgia, where Kemp signed an executive order Thursday preventing local officials from requiring businesses to enact any Covid-19-related mandates or other restrictions. Like Abbott’s ban on public school mask mandates, Georgia’s executive order takes away the authority of local government officials to respond to the widely differing circumstances in different parts of the state — even in jurisdictions that overwhelmingly favor restrictions. Freedom, in this universe, is defined by those officials elected statewide, not by those elected more locally.

Worse still is a recent episode in Texas, where two popular Austin restaurants announced plans this month to require proof of vaccination before customers could sit inside. Both restaurants, it should be noted, have outdoor dining areas where they weren’t planning to demand such proof. The Texas Alcoholic Beverage Commission threatened the restaurants with the loss of their liquor licenses (a move that would have effectively put them out of business).

Legally, the state’s authority to issue such a threat isn’t a close question; the Texas Legislature explicitly banned businesses from imposing vaccination requirements in June. Therefore, the specific ban on vaccination requirements appears to be on firm legal footing if for no other reason than that it was expressly adopted by the Legislature. Florida passed a similar law, but Abbott’s and Kemp’s broader fight to may be vulnerable to legal challenge insofar as in general, bans on local restrictions aren’t specifically authorized by state statutes — litigation challenging both governors remains pending.

The specific ban on vaccination requirements appears to be on firm legal footing if for no other reason than that it was expressly adopted by the Legislature.

However, the fact that the Texas and Florida anti-vaccine-requirement bans are almost certainly legal is only the beginning of the story — not the end. First, these no-mandate mandates authorize states only to enforce bans on vaccination requirements; they don’t require the states to do so. By threatening the two Austin restaurants, Texas’ executive branch sent the unmistakable message that it intends to vigorously enforce the new law. That means private businesses in the state won’t, in fact, be allowed to choose whether to serve unvaccinated customers. Of course, these businesses would still be free to close their doors rather than serve the unvaccinated. But if they chose to open, then they’d have to serve the vaccinated and the unvaccinated alike.

Second, the Austin restaurant contretemps underscores how little these statewide rules have to do with individual “freedom” or the rights of private individuals — including business owners — to make their own choices. There are certainly some limits on the rights of private businesses to choose whom to serve — including federal rules that bar certain businesses from discriminating on the basis of race, sex, religion and so on. But those limits are all based upon the long-accepted principle that there are contexts in which customers’ rights to equal treatment override business owners’ individual autonomy.

For example, a restaurant’s “freedom” to refuse to serve Black customers or Catholics or women must give way to those customers’ civil rights. That equality principle has never been understood to extend to unvaccinated people — because there is a far stronger justification for treating them differently (protecting public health) than there is for treating members of protected groups differently.

Third, even if there were a consensus to extend these principles of equal treatment to the unvaccinated, it wouldn’t be to protect the “freedom” of the unvaccinated; it would be to protect their (as-yet nonexistent) right to such equal treatment at the expense of the freedom of the business owners whose choices are now constrained. In contrast, a universe in which private businesses can require customers to wear shirts but not masks — or in which private businesses aren’t allowed to insist that customers be vaccinated against a highly contagious virus — is one with a very twisted conception of freedom.

Perhaps we should recognize the right of the unvaccinated to equal treatment before the law and extend federal and state civil rights laws to protect them from being discriminated against, even in the midst of a global pandemic. Reasonable minds may well disagree about this point. Hopefully, though, we can at least agree that we should drop the fiction that these governors are defending their residents’ freedom of choice. They’re only defending their residents’ freedom to make those choices of which the elected officials approve.

Steve Vladeck is a professor of law at the University of Texas School of Law whose teaching and research focus on federal jurisdiction, constitutional law and national security law. He is co-editor-in-chief of the Just Security blog (@just_security) and co-host of “The National Security Law Podcast” (@nslpodcast).