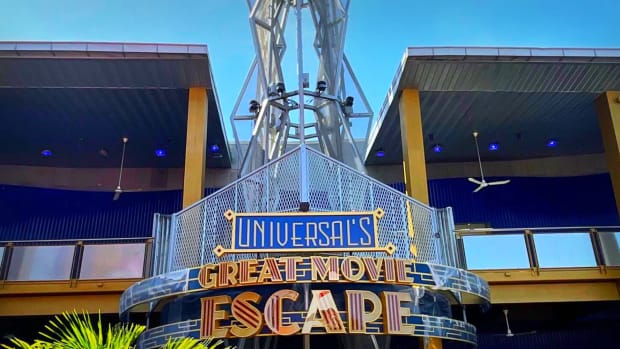 With rising inflation reducing the appeal of spending money on leisure, you may not be looking to plan your next big theme-park family vacation right now.

But if you’re the type to chuck caution to the wind and quell your worries by taking time to have some fun and forget it all for a few days, a theme-park visit might be, well, just your ticket.

Walt Disney  (DIS) – Get The Walt Disney Company Report parks are an attractive pick for most seeking this type of fun, although costs there were high even before all the inflation madness started.

And some visitors lately have been less into the idea of a Disney visit, partly because the new Genie+ system has seemed complicated and upsetting to many. These customers preferred when it was called Fastpass and was free to use.

But if you’re one of these fans, don’t be sad: Disney is far from the only game in town.

Literally, in fact. Because if you happen to be in Orlando and are already considering Disney, you could also choose Comcast’s  (CMCSA) – Get Comcast Corporation Class A Common Stock Report Universal Studios, which has plenty of fun new additions to keep you and your family entertained.

Take its new Harry-Potter-themed coaster “Hagrid’s Magical Creatures Motorbike Adventure,” which has already earned the title of “best rollercoaster in Florida” from some reviewers.

There’s also its upcoming Nintendo ride based on the beloved videogame series “Mario Kart,” which lets fans experience the thrills of racing alongside classic characters from the Super Mario Bros. franchise.

Universal is likely aiming to spirit away some of Disney’s usual visitors with these expansions. And its not done yet, as it outlined new information on an upcoming attraction that you won’t even need a theme-park ticket to enter.

Universal earlier this year laid out its plans for a new area called Universal’s Great Movie Escape. This section replaces the Groove nightclub, which officially shuttered in late 2021.

It also just announced two escape rooms, one based on the “Back To The Future” franchise and one based on “Jurassic World.” Both are slated to open this fall.

Designed by the team that created Universal’s Halloween Horror Nights mazes, these are sure to be fun.

And now Cinemablend reports that the escape rooms will be part of Universal CityWalk, which is exciting, since it means that guests do not need theme-park tickets to enter them.

This is handy if you’re looking to have a fun new experience, as CityWalk is free to walk through and explore. The escape rooms will have an admission cost, of course. Those ticket prices have not yet been specified.

It’s a great excuse to go to Universal Studios later this year, whether you’ve never been before or just haven’t gone in a while.

There’s also a new haunted house experience based on classic movie monsters, called “Universal Monsters: Legends Collide.” It’ll be one of 10 haunted houses you can visit when the Halloween events kick off in September.