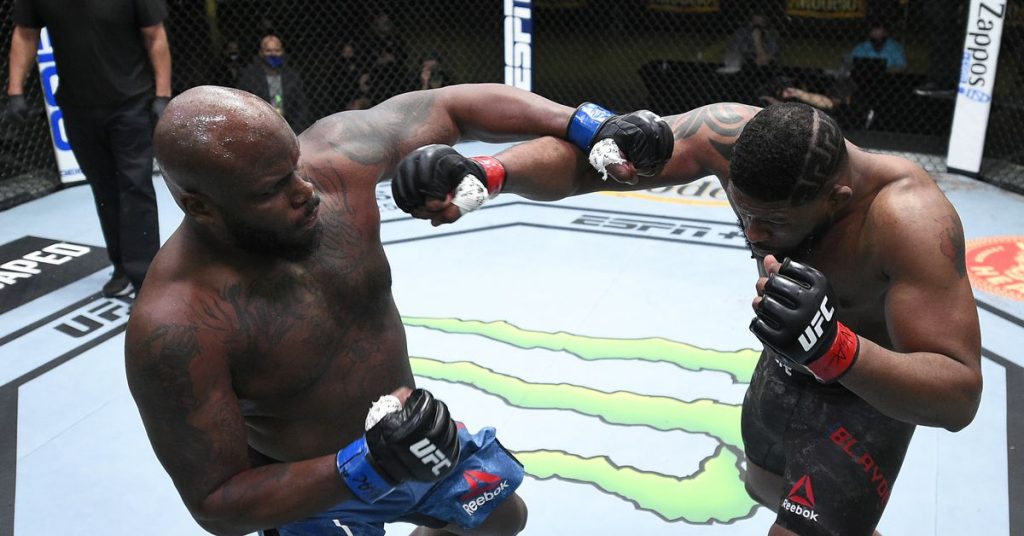 UFC 265 is almost here, and as usual, Embedded is here as well. The show that gives you an inside look at the marquee contestants on PPVs has issued the third episode for this weekend’s huge show in Houston, and it serves as a brief introduction to the fighters at the top of the card.

Ciryl Gane goes to a big mall to get some souvenirs. They marvel over a guy they thought was a mannequin but is just a guy lying on a bed in a store. Okay, sure. They look at some Fresh Prince shorts, then some from the Martin show. Old school. He does a Martin Lawrence impression.

Back to the hotel, where Vicente Luque is doing a workout in his room. Gilbert Burns is with him, of course. They’ve been training partners for almost a decade. Durinho thinks the winner of his fight with Chiesa is very close to a title shot.

Jose Also sweats out some water, then gets in the spongebob sauna. Andre Pederneiras says that Aldo is walking around at a lower weight and minding his diet a lot more now, which is a huge help.

Derrick Lewis shows up in a flatbed truck to do some recovery work. He gets in a weird contraption for a half hour, they a cryo tube. His balls are cold, lol. Lewis wishes he took care of his body more earlier in his career.

We head off to Pedro Munhoz’s house in Florida. He drives to the airport with his wife and talks about his humble fighting roots in Brazil. He came to ATT to test himself. It’s raining buckets.

Back to the fighter hotel and Gane is doing some media. He likes fighting Lewis in his hometown because there’s no pressure on him.

And that’s it! UFC 265 goes down in Houston this Saturday night.