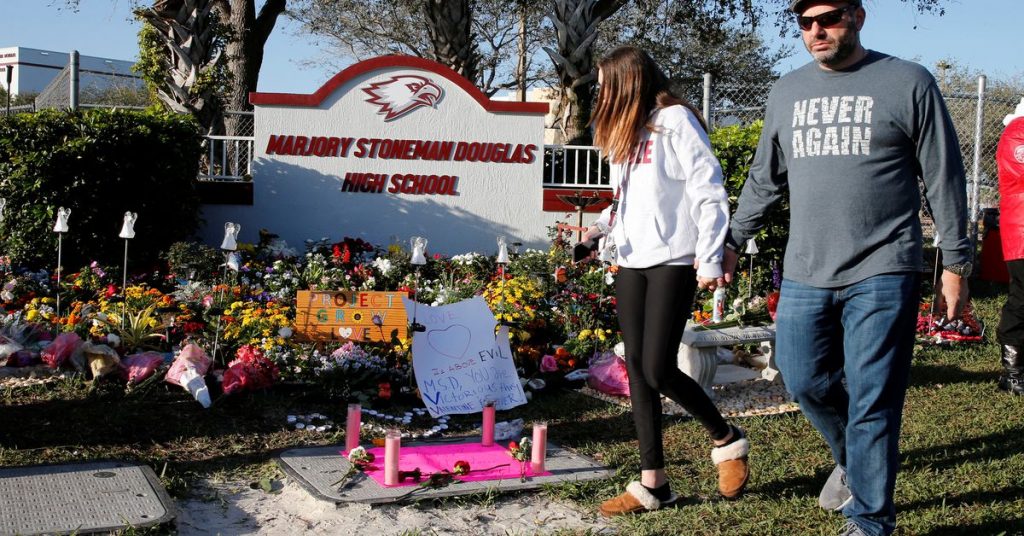 Visitors who asked to not be identified walk past a memorial on the one year anniversary of the shooting which claimed 17 lives at Marjory Stoneman Douglas High School in Parkland, Florida, U.S., February 14, 2019. REUTERS/Joe Skipper/FIle Photo

March 16 (Reuters) – The U.S. Justice Department said on Wednesday it had settled the 40 civil cases arising out of the February 2018 mass shooting at Marjory Stoneman Douglas High School in Parkland, Florida, for $127.5 million.

“This settlement resolves all of the cases,” the Justice Department said in a statement.

The U.S. government reached the settlement in November with the families of students and faculty who were killed and injured during the shooting, a source told Reuters at the time. read more

The accused gunman, former Parkland student Nikolas Cruz, pleaded guilty in a Florida courtroom in October to 17 counts of murder and 17 counts of attempted murder. Cruz was 19 and an expelled student at the time of the shooting.

Parents of Parkland victims alleged in a 2018 lawsuit that FBI tip line employees acted negligently in their handling of tips regarding Cruz’s stated desire to carry out a school shooting and his growing collection of assault-style rifles and ammunition.

Some survivors of the shooting formed a gun safety organization that advocated for stricter firearm controls, including stronger background checks and a ban on the type of assault-style rifle that Cruz had legally purchased.

Reporting by Kanishka Singh in Bengaluru; Editing by Tim Ahmann