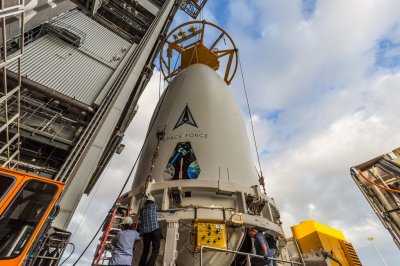 ORLANDO, Fla., Dec. 3 (UPI) — A U.S. Space Force plan to launch a cluster of experimental satellites from Florida, including a NASA laser communications spacecraft, has been delayed to early Monday morning.

United Launch Alliance rescheduled liftoff of the STP-3 mission aboard an Atlas V rocket during a window that starts at 4:04 a.m. EST from Complex 41 at Cape Canaveral Space Force Station.

The postponement by a day resulted from detection of a leak in the rocket propellant ground storage system, officials said.

The mission previously had been delayed for various reasons from this summer, Col. Carlos Quinones, director of the Space Force’s Space Test Program, said in a press conference Thursday.

“We’ve been working on this for a very long time, so we’re very excited about that,” Quinones said.

The $1.14 billion mission will carry a number of classified spacecraft to aid navigation and communication in space, including a satellite to aid detection of nuclear detonations in space, Quinones said.

The suite of satellites is bound for a very high orbit — more than 22,000 miles above the Earth — said Gary Wentz, ULA vice president of government and commercial programs.

Therefore, the rocket will be augmented by five boosters, he said.

“The [rocket] is the most powerful Atlas in our fleet,” Wentz said. The altitude of the mission means the STP-3 “will become the longest mission with seven hours and 10 minutes until separation … and 8 hours, 8 minutes until the end of the mission,” he said.

NASA spent about $320 million on its contribution to the mission, the Laser Communications Relay Demonstration spacecraft.

LCRD will demonstrate how huge amounts of data may be beamed to Earth from high orbits in space, including lengthy high-definition videos, within seconds using optical laser light beams, David Israel, NASA’s exploration and space communications division architect, said in an interview.

Such laser communications would eclipse radio in terms of the time and amount of data that could be sent from space, he said.

“We’re really trying to figure out the best way to send large amounts of data from the moon or Mars,” he said. “We’ve done brief experiments before, but the LCRD mission will help us understand how lasers work, or don’t, through the clouds and atmosphere.”

The laser communication satellite will be in orbit about seven years, he said. 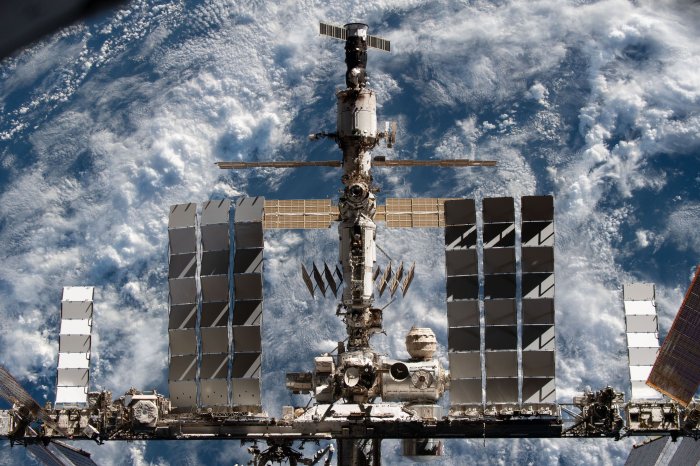 The International Space Station is pictured from the SpaceX Crew Dragon Endeavour during a flyaround of the orbiting lab that took place following its undocking from the Harmony module’s space-facing port on November 8. Photo courtesy of NASA