Donald Trump on Friday filed for a preliminary injunction against Twitter, asking a federal judge in Florida to force the social media giant to temporarily reinstate his account.

Trump’s team of lawyers filed a motion late Friday in U.S. District Court in Miami, asking the court for a preliminary injunction against Twitter and its CEO, Jack Dorsey, arguing that his ban from the platform in January is a violation of his First Amendment rights. A preliminary injunction is “an injunction that may be granted before or during trial, with the goal of preserving the status quo before final judgment,” according to Cornell Law School.

“Defendant exercises a degree of power and control over political discourse in this country that is immeasurable, historically unprecedented, and profoundly dangerous to open democratic debate,” Trump’s lawyers wrote about Twitter in the filing obtained by TheWrap. They claim that Twitter canceled Trump’s account in January 2021 because of pressure from his political rivals and that Democrats in Congress continue to apply that pressure on Twitter. 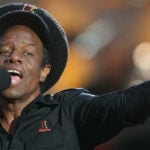 The filing also claims that Twitter censored Trump during his time in office by labeling his tweets as “misleading information” or that they were “glorifying violence.”

The former president’s Twitter account – which sat around 89 million followers — was permanently banned after the violent storming of the Capitol building on Jan. 6, in which Trump’s supporters attempted to block Congress from certifying Joe Biden’s presidential win.

“Trump’s lawyers [are] taking this very seriously, even though, in some ways this is almost a parody,” CNN’s Brian Stelter said Saturday. “You know, it’s a guy sitting outside the store after being kicked out, banging on the glass, trying to get back in. Any private company, private enterprise, store can set its own rules. And that’s what Twitter says it is doing. But this does create a lot of interest among conservatives, claims of censorship, and Trump is continuing to push this in court.”

Stelter — who has always come on strong with his criticism of Trump, the GOP and the right-leaning media – said the context of the filing is clear: “Clearly, Donald Trump is running for president again, and he believes he needs Twitter in order to do so.”

Pamela Chelin contributed to this story. 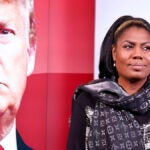