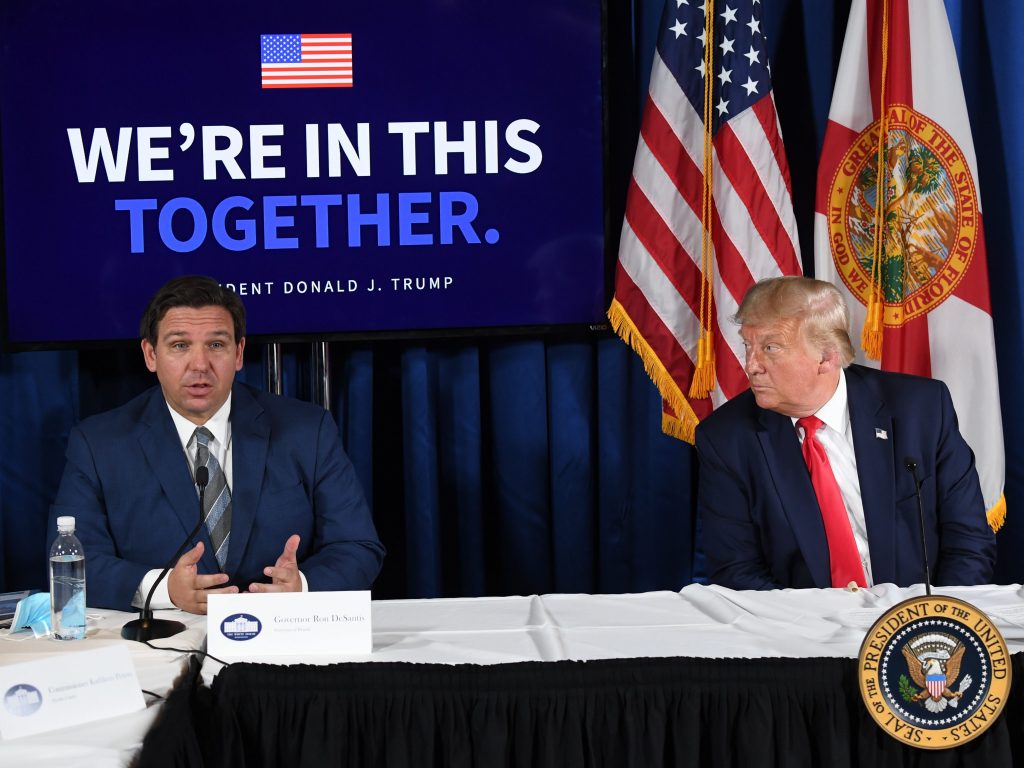 Former President Donald Trump in an interview excerpt released on Sunday said that he if were to enter the 2024 GOP presidential primary, he would defeat Florida Gov. Ron DeSantis in a potential matchup.

During an interview with Yahoo Finance that is slated to be published on Monday, the former president said that he doesn’t expect to face DeSantis — noting that most Republicans “would drop out” if he jumped into the race.

“If I faced him, I’d beat him like I would beat everyone else,” Trump told the outlet.

DeSantis, a former congressman who was narrowly elected as Florida’s governor in 2018, is up for reelection next year and has been high on GOP wish lists as a potential successor to Trump, in the event that the former president passes on a 2024 bid.

Trump, who was defeated by now-President Joe Biden in the 2020 presidential election, has teased a 2024 campaign for months, but has not yet made a firm decision.

While speaking with Yahoo, the former president was confident that he would capture the nomination if he threw his hat into the ring, ticking off his loyalty among GOP voters.

“If I do run, I think that I’ll do extremely well,” he said, pointing to voter enthusiasm from conservatives.

DeSantis, an ally of Trump, told Fox News host Sean Hannity last week that he wasn’t considering a 2024 campaign because he was preoccupied with affairs in Florida, highlighting his crusade against critical race theory.

Critical race theorists have examined how America’s history of racism continue to reverberate through laws and policies that exist today.

However, DeSantis and other Republicans have targeted the discipline, alleging that its teachings divide Americans.

“I’m not considering anything beyond doing my job. We got a lot of stuff going on in Florida,” the governor said on Fox News.

He added: “We are also working on a lot of things in the state beyond the governor’s race. We got school board races. I want to make sure people are not supporting critical race theory, making sure that parents have the ability to send their kid to school the way they want to.”

A recent poll of Republicans conducted by Echelon Insights, a GOP polling firm, showed that DeSantis would lead former Vice President Mike Pence 22%-15% in a Trump-free primary, with potential contenders including Sen. Ted Cruz of Texas and former Secretary of State Mike Pompeo in the single digits.