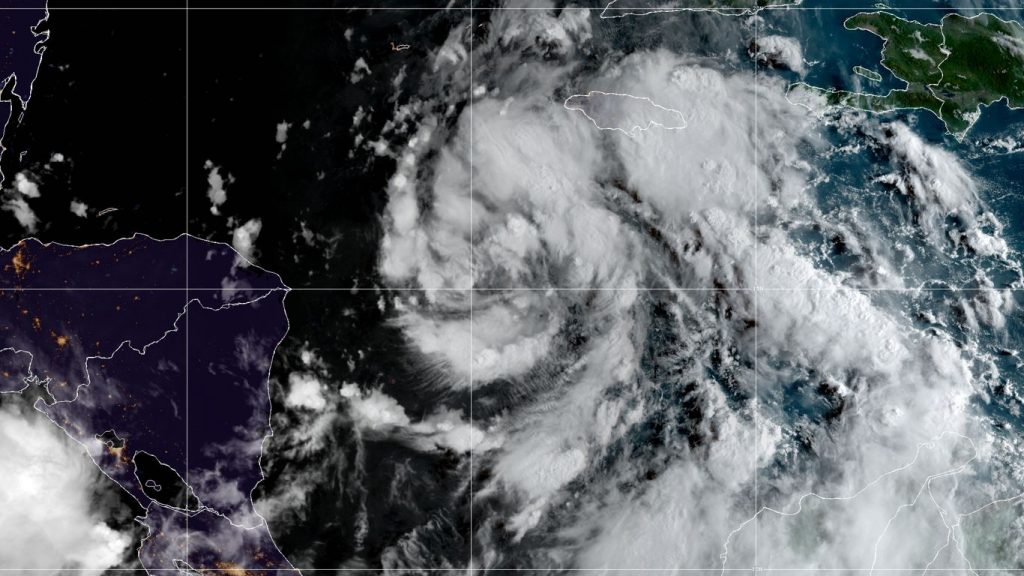 The National Hurricane Center said Monday that Tropical Storm Ian has strengthened into a hurricane — and warned it could rapidly intensify as it tracks toward Florida.

State of play: Ian — which could turn into a high-end Category 4 storm as early as midweek — was some 315 miles southeast of the western tip of Cuba at 5am ET.

Details: A Hurricane Warning was in effect for Grand Cayman and several Cuban provinces, as the storm moved to the northwest at 14 mph.

What to watch: In its 5am update, the National Hurricane Center said Ian was expected to become a “major hurricane” — meaning Category 3 or above — by Monday night when it’s near Cuba.

Threat level: Studies show an increase in the occurrence of rapid intensification due to human-caused climate change.

What they’re saying: Even if the west coast of Florida doesn’t sustain a direct hit from Ian, “it doesn’t take an onshore or direct hit from a hurricane to pile up the water,” acting NHC director Jamie Rhome said in a Sunday briefing.

What’s next: The key questions facing forecasters, public officials and tens of millions of residents along the Gulf Coast are where the storm will head once it becomes a hurricane, and how strong it will be once it gets there.

Context: Human-caused climate change is altering the characteristics of nature’s most powerful storms.

This story has been updated with the storm’s strengthening and the latest estimates of when the storm is expected to become a hurricane.