Tropical Storm Fred likely to form Tuesday; Florida may be in path later this week 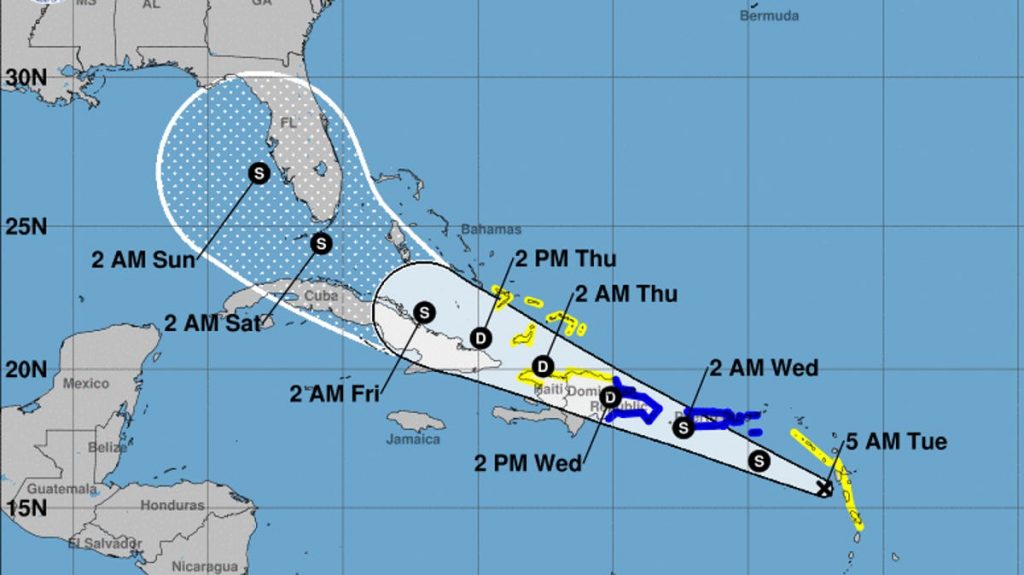 SARASOTA, Fla. – A disturbance in the Caribbean is expected to become Tropical Storm Fred on Tuesday before it heads toward Florida, the National Hurricane Center said.

The storm, currently named Potential Tropical Cyclone Six, moved through the southern Leeward Islands overnight and was about 270 miles east-southeast of Ponce, Puerto Rico, as of 8 a.m. ET, according to the center. A NOAA hurricane hunter aircraft was en route to the disturbance.

The chance the system becomes a tropical storm is high, at 90%, through 48 hours and through the next five days, the hurricane center said.

Heavy rain is likely over the Leeward Islands, Virgin Islands and Puerto Rico, which could lead to flash, urban and small stream flooding and potential mudslides. The greatest threat for flooding impacts will be across the eastern and southeastern portions of Puerto Rico.

Tropical storm conditions are possible elsewhere along the northern coasts of the Dominican Republic, northern Haiti, the Turks and Caicos, and the southeastern Bahamas beginning late Wednesday.

Most of Florida remains in the system’s five-day forecast cone, but it’s too soon to tell whether any impact could occur there by late this week or this weekend given the uncertainty in the long-range forecast, according to the hurricane center.

“The system is being guided along to the west-northwest by the circulation around a large area of high pressure over the central Atlantic,” AccuWeather hurricane expert Dan Kottlowski said.

As a result, Florida and the Florida Keys may be in the system’s path. This scenario could unfold if the high-pressure area weakens and allows the system to turn more to the north later this week, Kottlowski said.

Hurricane season is upon us during a pandemic: Here’s what you need to protect yourself.