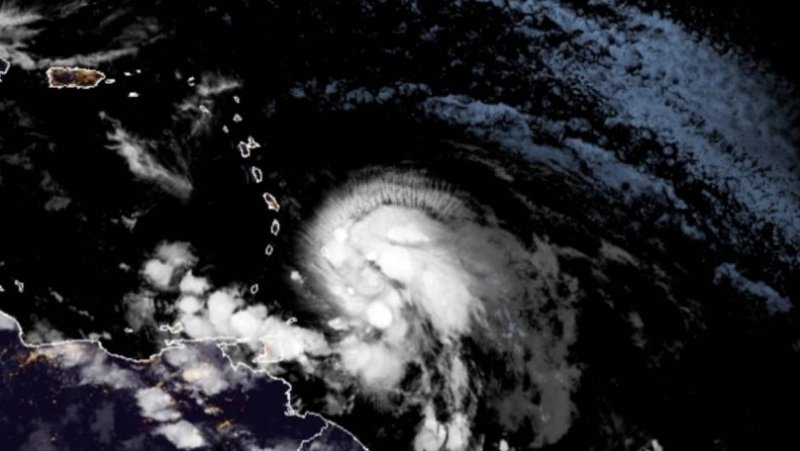 In its 5 a.m. EDT update Friday, the National Hurricane Center said Elsa was located 5 miles east of Atlantic City, N.J., and 175 miles southwest of Montauk Point, N.Y. It had maximum sustained winds of 50 mph and was moving northeast at 31 mph.

Elsa made landfall late Wednesday morning in northwest Florida and has since moved in a northeasterly direction over Georgia, the Carolinas, Virginia and Delaware.

“On the forecast track, Elsa will pass through the eastern mid-Atlantic states this morning and move near or over the northeastern United States this afternoon and tonight,” the NHC said.

Some tornadoes are possible in the storm’s path.

“A tornado or two will be possible today along the mid-Atlantic coast,” it said.

Forecasters said Elsa would deliver 2-4 inches of rain across northern New Jersey, Long Island and southern and coastal New England with up 6 inches of rain possible through Friday, which could cause “considerable flash and urban flooding.”

Tropical storm warnings were in effect for Fenwick Island, Del., to Sandy Hook, N.J., Delaware Bay south of Slaughter Beach and for Long Island from East Rockaway Inlet to the eastern tip along the south shore and from Port Jefferson Harbor eastward on the north shore.

Elsa is the fifth named storm of the 2021 Atlantic hurricane season, and is the earliest to arrive. Last year, Tropical Storm Eduardo didn’t form until July 5.

The other storms that preceded Elsa were Ana, Bill, Claudette and Danny. All were tropical storms.