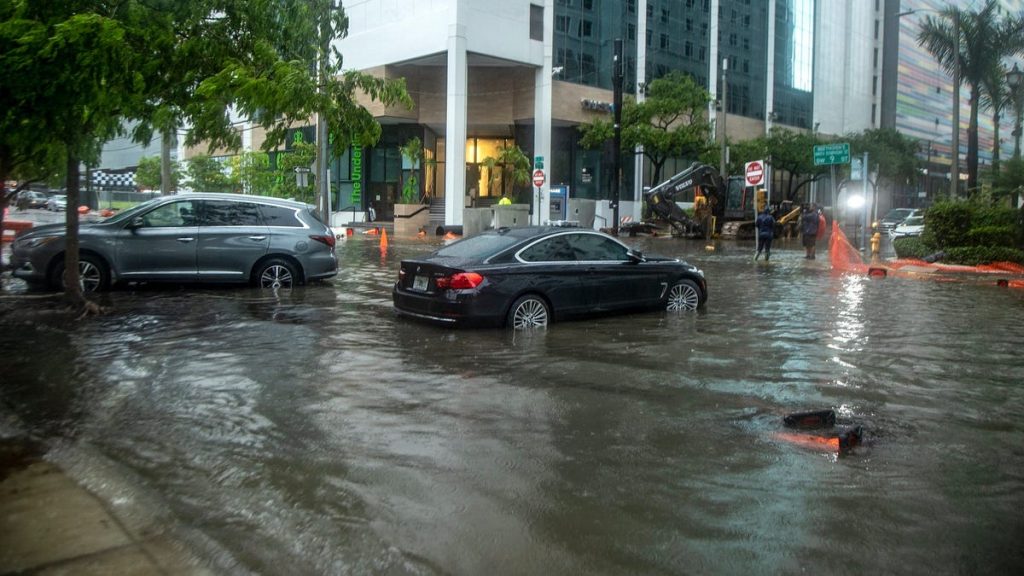 After unleashing flooding rainfall across Cuba, South Florida and the Bahamas over the weekend, Tropical Storm Alex weakened to a post-tropical cyclone as it trekked past Bermuda and stirred up rough seas along the eastern USA Monday.

Alex, the first named storm of the Atlantic hurricane season, reached tropical storm status Sunday morning over the ocean after having killed three people in Cuba, where power outages and dozens of damaged homes were reported.

Streets were left impassible in Miami, where cars were stranded in high waters as the tropical rainstorm doused the city with more than 11 inches of rain Saturday, according to the National Weather Service.

Bermuda’s tropical storm warning expired Monday afternoon but not before it knocked down trees, left more than 800 customers without power and led to the cancelation of at least three American Airlines flights.

As of Monday evening, the storm was moving east-northeast into the Atlantic Ocean at 31 mph. Forecasters say the storm is likely to merge with another in the Atlantic on Tuesday.

WHAT IS A DERECHO?‘Inland hurricanes’ can cause tremendous damage

AccuWeather’s experts said dangerous surf and strong, frequent rip currents were possible from around Palm Beach in South Florida to Virginia’s Tidewater region as Alex headed northeast, but the rough surf continued on a downward trend through Monday.

NOAA HURRICANE FORECAST: Up to 21 named storms possible; as many as 10 hurricanes could form

“The worst of the surf was over the weekend along the East Coast, especially from the Carolinas on southward,” Douty told USA TODAY.

Beachgoers down the eastern stretch of coastline into Georgia could see similar impacts, including a heightened rip current risk, according to Douty.

WHAT IS THE SAFFIR-SIMPSON HURRICANE WIND SPEED SCALE?Breaking down how we classify hurricanes.

AccuWeather experts anticipated a risk of coastal flooding, particularly during high tide, and minor beach erosion along parts of the East Coast through Monday.

“The swells will die down through the day today and tomorrow, and probably still at an elevated rip current risk for tomorrow along the lines of the mid-Atlantic and southeast coast,” Douty said Monday. The coastal threats will generally diminish over the next couple of days, he said.