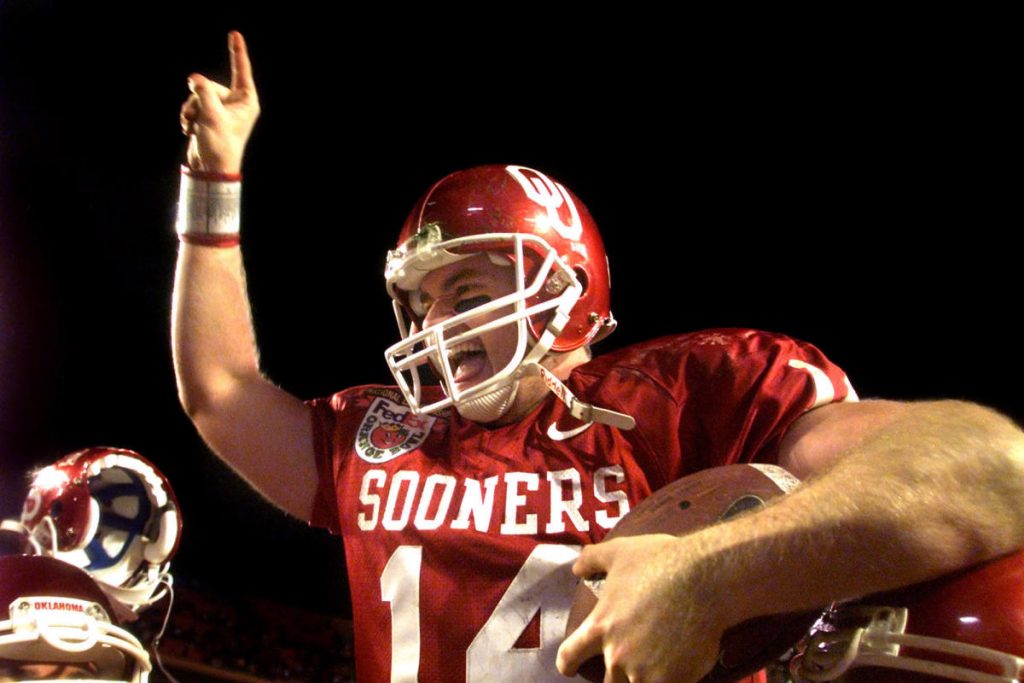 Kickoff between the Vols and Gators is slated for 7 p.m. EDT. ESPN will televise the Southeastern Conference matchup.

Josh Heupel is in his first season as the Vols’ head coach. Heupel played collegiately at Oklahoma from 1999-2000. He guided the Sooners to the 2000 BCS national championship.

Joey Halzle is serving as Heupel’s quarterbacks coach at Tennessee.

Halzle played quarterback at Oklahoma from 2006-08, completing 53-of-83 passes for 640 yards, four touchdowns and two interceptions.

In this Jan. 3, 2001, file photo, Oklahoma quarterback Josh Heupel is carried off the field by his teammates after defeating Florida State 13-2 in the Orange Bowl in Miami. Greg Lovett/Palm Beach Post via AP, File

Garrick McGee is serving as Dan Mullen’s quarterbacks coach at Florida in 2021.

He totaled 234 rushing yards and scored three touchdowns on 132 attempts.

Sept. 3, 1994: Quarterback Garrick McGee of the Oklahoma Sooners prepares to pass the ball during a game against the Syracuse Orangemen. Oklahoma won the game, 30-29. Rick Stewart /Allsport