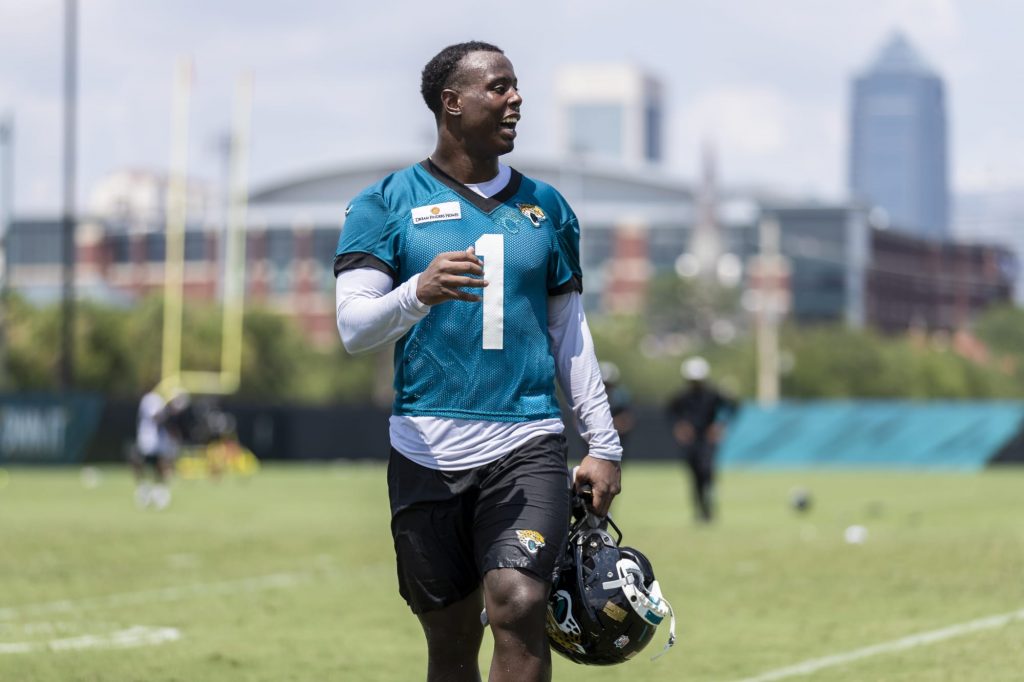 Jacksonville Jaguars rookie Travis Etienne was bummed to miss his first pro season, but he’s fired up to come back stronger come next fall.

When the Jacksonville Jaguars used a first-round pick on former Clemson running back Travis Etienne, folks all over Florida were ready to see him ball out in Year 1. In heartbreaking fashion, Etienne suffered a Lisfranc injury in the preseason. Just like that, he was lost for the campaign.

Etienne is looking forward to the 2022 season, slowly but surely taking his rehab to another level. With that said, he said missing 2021 was like going to a birthday party and not getting any cake. It truly was a perfect way to describe things for the speedster, but he’s motivated to bounce back.

“That’s the best way I can put it. That’s how this year’s been for me. So next year, I’m just looking forward to just indulging in all the cake that I can.”

Can someone get this young man a piece of cake? That’s all he’s looking forward to for next fall, metaphorically speaking. Etienne figures to be a major piece of the offense for years to come, as he and fellow Clemson first-round pick Trevor Lawrence are ready to get this team back to a competitive position.

This past season was miserable for Jags fans, but guys like Etienne, Lawrence and others have them believing that good times could be on the way.