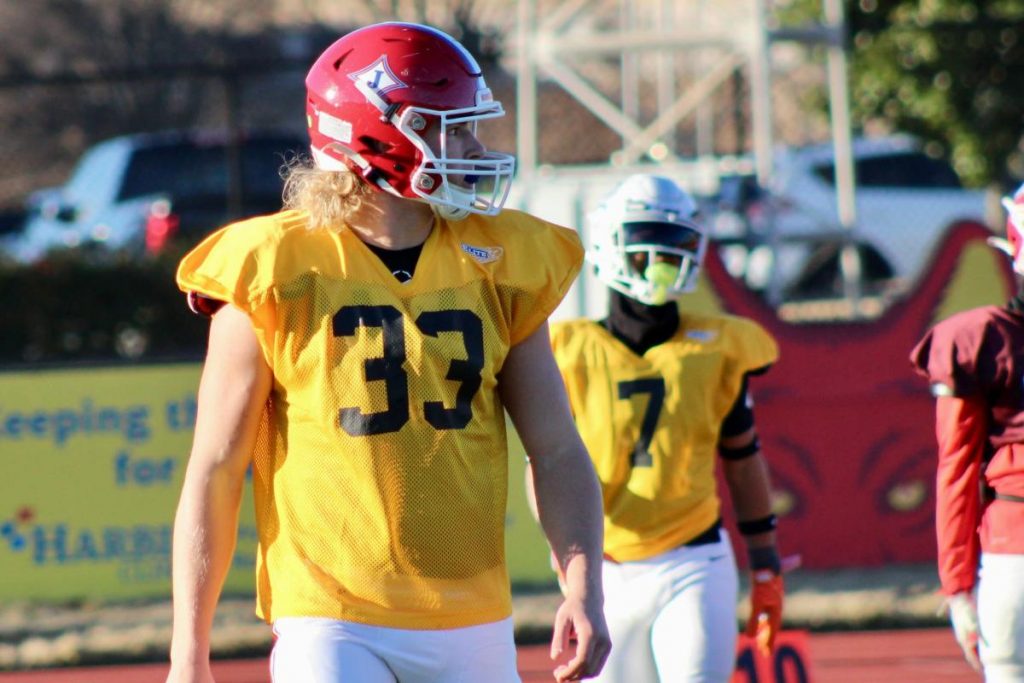 The recruiting staff at Florida is busy putting together the class of 2023 right now, but they are still making time for the rising juniors that are starting their recruiting journey. One of those underclassmen receiving attention from Billy Napier and Co. is five-star Jefferson (Georgia) linebacker Sammy Brown who is set to visit Florida on Saturday, according to 247Sports.

He’s the top-ranked linebacker in the class of 2024, according to the 247Sports composite, and is also ranked No. 9 overall by the service. The On3 Consensus gives Brown a four-star designation but still has him ranked No. 1 at his position and No. 8 overall. It might be Brown’s first trip to the Swamp, but he has an idea of what to expect from Napier once he gets into town.

Napier’s brother is also a head coach at nearby LeGrange High school and Brown has had a chance to talk with him at the state wrestling tournament about both sports. Inside linebackers coach Jay Bateman is Brown’s current go-to contact at UF.

Although facilities will play a part in Brown’s decision, he says that the people he works with are more important. Surrounding himself with coaches that can get him to the NFL is of the utmost importance and Florida fits the bill. Getting Brown on campus should only reaffirm that in his mind.

The usual contenders are in the hunt for Brown, but it’s still very early for him to narrow things down. Georgia, being the home state program, has hosted him on campus for a couple of unofficial visits, and Alabama has also had him in town. A top five should come out around this time (May-June) in 2023.