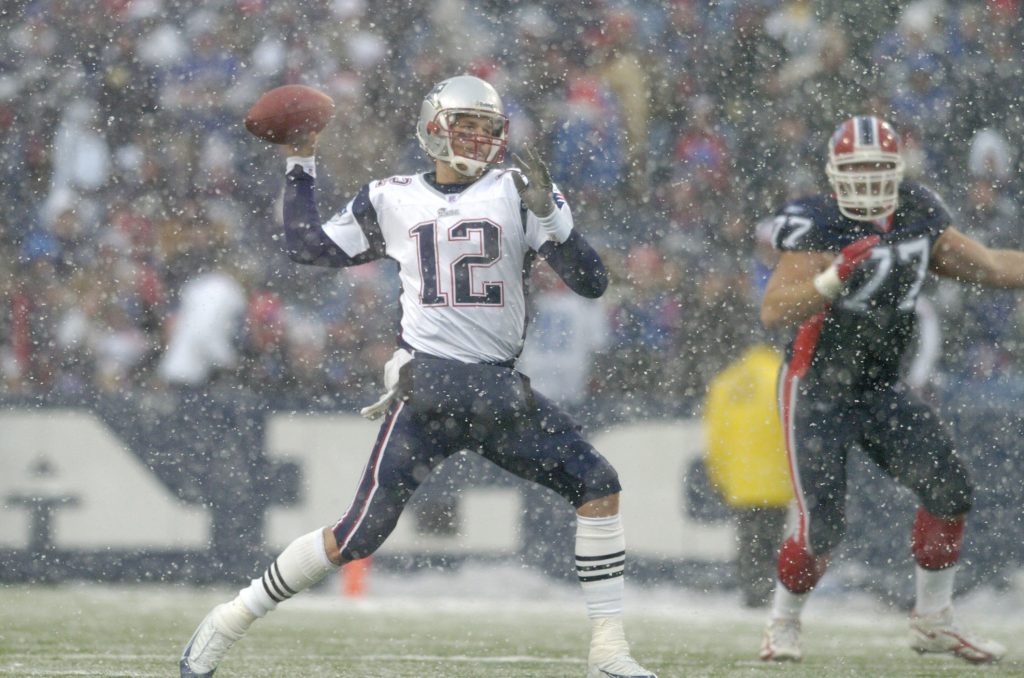 Now that Tom Brady plays most of his games in central Florida, he doesn’t have to concern himself with snow as much as he did while playing for the New England Patriots.

On the premiere episode of his ESPN+ documentary series Man in the Arena (starts at 30:05 mark), Brady had a humorous response about why he actually likes playing in snowy weather.

“I love the bad weather because I feel like it slows everyone down,” he said. “So my mind processes as quickly but the game slows down so my physical attributes as a player kind of match everyone else’s, slow and sluggish,”

The “Tuck Rule Game” against the Oakland Raiders in the 2001 AFC Divisional Round was played at Foxboro Stadium in a snowstorm.

While that game was an offensive struggle for both teams that ended with a 16-13 Patriots victory in overtime, Brady did prove during his career that he could dissect opposing defenses even in suboptimal conditions.

In October 2009, a surprise snowstorm fell in New England when the Patriots were hosting the Tennessee Titans at Gillette Stadium. Brady went 29-of-34 for 380 yards and tied his career high with six touchdown passes in a 59-0 victory.

Brady is also known for not being the most fleet of foot. He famously ran the 40-yard dash in 5.28 seconds at the 2000 NFL scouting combine.

For perspective, none of the 13 quarterbacks who ran the 40 at this year’s combine posted a time worse than 5.23 seconds (Tulsa’s Zach Smith).

Of course, Brady’s intelligence in the pocket has made him arguably the greatest quarterback in NFL history. He leads the league with 27 touchdown passes this season at age 44.

Brady is the only player to win seven Super Bowls. He has also won three MVP awards.