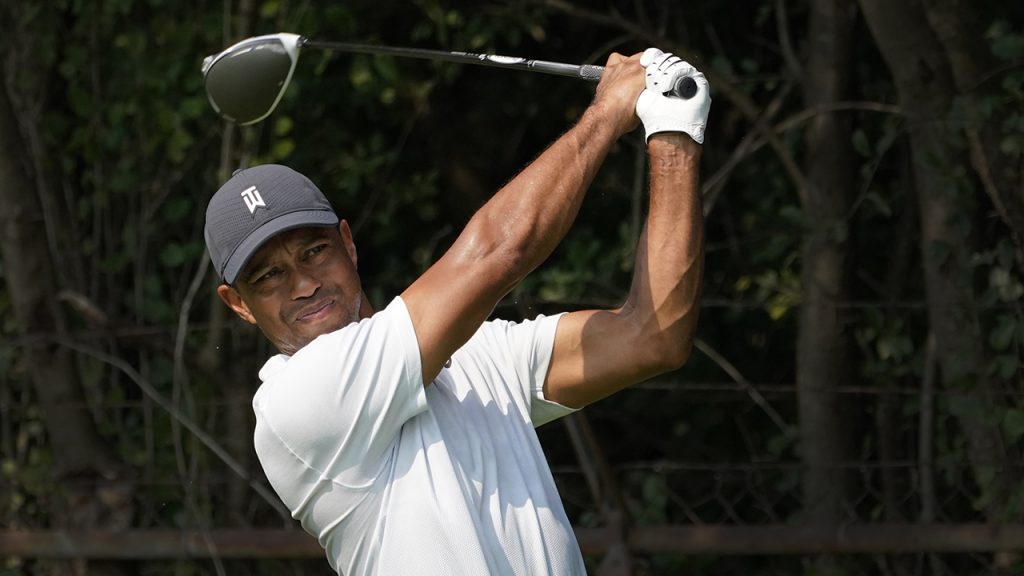 Tiger Woods has made it back to the golf course.

About seven months after Woods suffered a significant leg injury in a Los Angeles car crash, photos surfaced on social media Saturday of the legendary golfer supporting his son at a junior golf event in Florida. He was watching his son Charlie competing in the event.

Tiger Woods (R) of the United States pulls a club from his bag next to caddie Joe LaCava (L) during a practice round prior to the 120th U.S. Open Championship on Sept. 16, 2020 at Winged Foot Golf Club in Mamaroneck, New York.
(Photo by Gregory Shamus/Getty Images)

One photo showed him watching his son with his girlfriend Erica Herman. He was seen in golf attire with a black leg brace.

Woods has not been seen on the golf course since the days before he was involved in the crash. He had been seen with his girlfriend out and about in Los Angeles but still with a crutch. Photos that surfaced on social media didn’t appear to show Woods with a crutch.

KOEPKA, DECHAMBEAU TO FACE OFF IN MADE-FOR-TV MATCH IN VEGAS

He has not said whether he is aiming to return to the sport anytime soon, but U.S. Ryder Cup captain Steve Stricker indicated that Woods was rehabbing for a return to competition.

“I’ve talked to Tiger a lot,” Stricker told SiriusXM Radio in September. “He’s a part of this Ryder Cup family; he won’t be able to be a captain’s assistant this time around just because of his ongoing rehabilitation to try to get better and try to play golf again, and that is going well. He’s progressing, he’s doing well, things are moving in the right direction.”

Woods’ last competition was the PNC Championship with son Charlie.