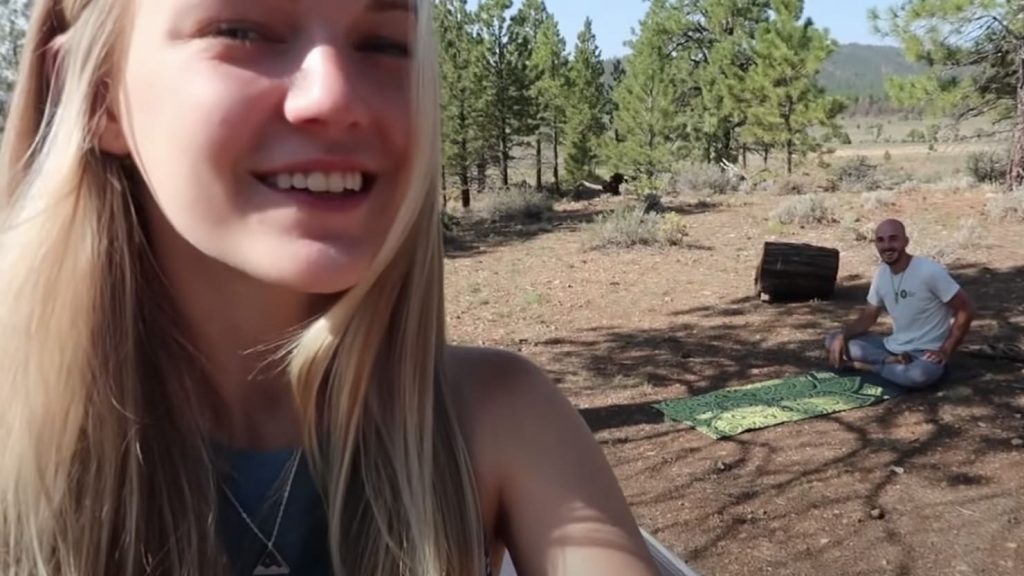 The last text Gabby Petito sent before she went missing while road-tripping across the U.S. with her fiancé set off alarm bells for her mother, who became fearful for the 22-year-old’s safety after receiving the “odd” message.

That’s according to a newly-unsealed search warrant giving North Port, Florida, police permission to search a hard drive investigators found in Petito’s white van, which she and Brian Laundrie, 23, had been using to tour the country’s national parks.

“The text message read, ‘Can you help Stan, I just keep getting his voicemails and missed calls,’” the warrant states. “The reference to ‘Stan,’ was regarding her grandfather, but per the mother, she never calls him ‘Stan.’ The mother was concerned that something was wrong with her daughter.”

The phone was powered off the same day, and Petito “stopped posting anything on social media about their trip,” states the warrant, which is dated Sept. 15. “Per her family, this was not normal behavior for the subject, and they became more worried about her.”

Investigators believe the hard drive potentially contains evidence “proving that a felony has been committed,” according to the warrant.

A body believed to be Petito’s was discovered by searchers Sunday in Wyoming’s Bridger-Teton National Forest. Laundrie returned to Florida on Sept. 1 without Petito, who was reported missing by her parents 10 days later. Laundrie, who police have declared a person of interest in Petito’s disappearance, himself vanished on Friday, with his family claiming to police that he had gone for a hike in the 25,000-acre Carlton Reserve but never came home. Investigators searched the swampy expanse for days, with no sign of Laundrie—who has thus far refused to speak to police. In a statement provided last week to The Daily Beast, Laundrie’s lawyer, Steven Bertolino, said he would continue to advise his client to stay silent.

On Monday morning, authorities entered the Laundrie home with a search warrant, declaring the property an “active crime scene.” Laundrie’s parents, Christopher and Roberta, were subsequently seen getting into an FBI van and being driven away.

Although the couple posted videos from the road that portrayed their “van-life” as something close to paradise, a police report obtained by The Daily Beast described a physical confrontation the two had had while passing through Moab, Utah. Bodycam footage subsequently released by the Moab City PD provided a first-hand look at the recent tensions the couple had apparently been experiencing. In the video, which runs more than an hour-and-a-quarter long, Petito tells cops that she and Laundrie were arguing over “personal issues” that had become increasingly intense after traveling together for months on end. Both said they didn’t want to press charges against the other, since they were “in love” and “engaged to be married.” The two said they both suffered from severe anxiety, and the incident was deemed a “mental/emotional health ‘break’” rather than a domestic assault, the police report stated.

Moab police first thought Laundrie had assaulted Petito, then changed their minds and described Petito as the main aggressor, according to the report. However, this was contradicted by 911 audio released by the Moab City PD that reveals the initial 911 caller told the dispatcher that he’d seen Laundrie “slapping” Petito as he drove by.

On Monday, less than a day after Petito’s suspected remains were found, her father said he had been focused on his daughter rather than the raid of Laundrie’s house.

Laundrie’s parents did not respond to multiple requests for comment.