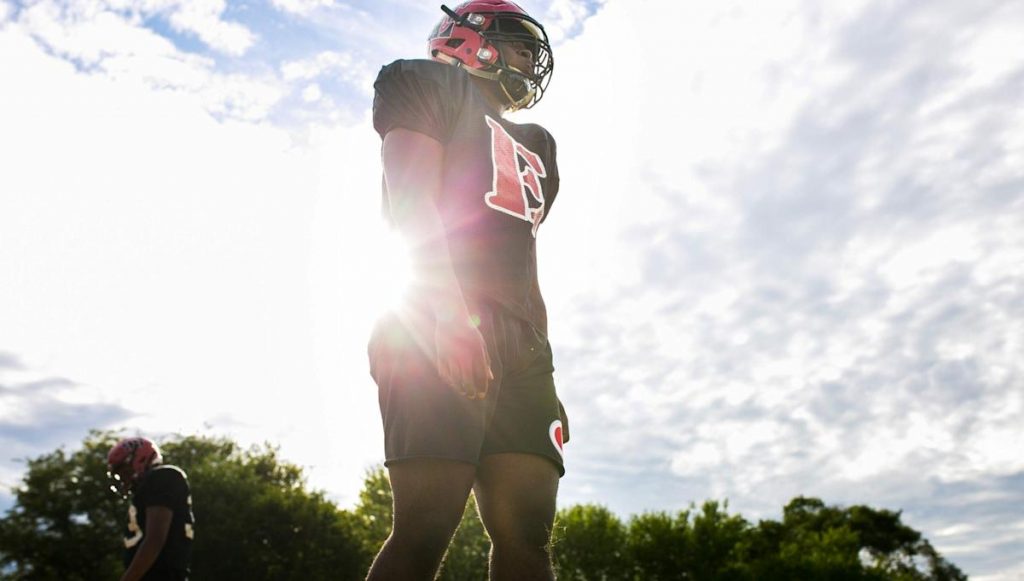 The Florida Gators only recently got into the race for Texas four-star Braylan Shelby, but he’s quickly put the Orange and Blue near the top of his list.

Florida coaches were in Friendswood, Texas, to see Shelby in action on Monday, and an offer was on the table by the next day, according to Gators Online. Arkansas, LSU, Miami and Texas Tech have also begun to pursue him, and Texas and USC have been after Shelby for even longer.

The Gators do have something working in their favor that the other programs don’t, though: nostalgia.

“Actually, growing up, Florida was my dream school,” Shelby said. “I always, for some reason, went to turn on the TV, that was the game that was always on. Growing up, I always loved Florida.”

Things are still fresh, but Shelby expects Florida to quickly move up his board. He plans to hit Florida, Florida State and Miami in one summer trip, which should give him a better idea of the program.

“I feel like right now, they’re (Florida) like a top eight to top ten, somewhere around there,” he said. “I know when I take a visit, they’ll probably move up. Just for right now, I say around there.”

The Longhorns and Trojans are the teams to beat right now with Shelby intent on spending two of his five official visits on those two programs. Meeting Billy Napier and the coaching staff in person should help UF’s chances of getting him back on campus after defensive personnel analyst Joe Hamilton has done most of the communicating for the Gators.