There May Be No Realistic Way to Fix Gerrymandering 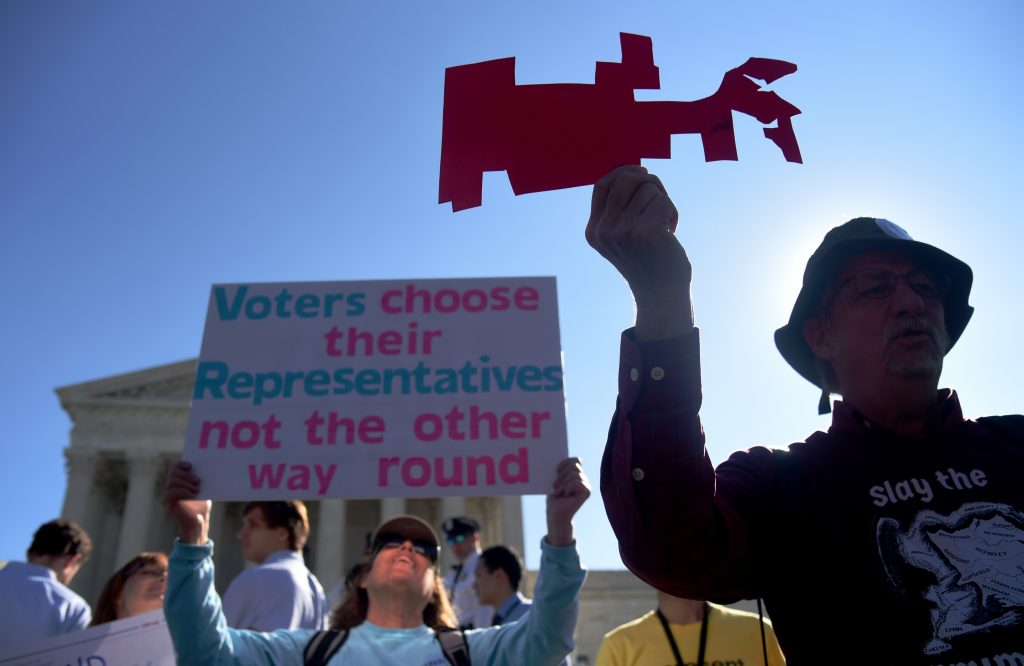 There is no shortage of areas where American democracy is in desperate need of reform. Most debates on this subject surround the parts of government where voters’ influence is weakest: the geographically unbalanced Senate and its filibuster, the presidency and its haphazard Electoral College, the Supreme Court and its corrosive confirmation process. By comparison, the impact of gerrymandering on the House is far more subtle and thus far less attention-grabbing.

But I’m increasingly convinced that gerrymandering is not just the equal of these other oft-discussed problems, it may actually be an even greater long-term injury to American democracy. Moreover, there may be no bulletproof set of reforms that are enough to overcome the damage. The predicament runs much deeper: with our national preference for single-member districts and the lack of genuine proportional representation in American legislatures.

Consider the state of redistricting in Ohio this week. After last year’s census, every state in the Union is redrawing electoral districts at every level of government. Voters in the Buckeye State overwhelmingly approved two constitutional amendments—one in 2015 for state legislature seats and one in 2018 for House seats—to reform the state’s redistricting process and make it more bipartisan ahead of the new census numbers.

The first test of that new system came this week, and it appears to have failed. The Ohio Redistricting Commission approved new maps for state legislative seats in a 5–2 partisan vote. The Columbus Dispatch quoted Matt Lima, the Republican president of the state senate, as predicting that it would lead to a 62–37 seat advantage in the state House and a 23–10 advantage in the state Senate—a partisan breakdown that all but guarantees Republicans an undeserved supermajority in the state legislature.

Ohio state law requires that the commission’s majority explain its reasoning to the public. The commission’s five Republican members duly did so this week. Their logic is far from persuasive. It’s worth reading the relevant portion of their original statement as it was drafted.

If your eyes started to glaze over after reading “statewide proportion of voters” for the third or fourth time, I’ll try to briefly summarize it. The commission said that the maps’ partisan tilt is acceptable because it falls within a range that it determined using past election results. One end of that range is derived from the average proportion of statewide votes received by each party in the last 16 elections. That number favored Republicans by a healthy but not insurmountable margin. It also comes reasonably close to reaching proportional representation with single-member districts.

The other end of the range is where things go off the rails. Republicans also won 13 of the last 16 statewide elections, the commission noted, meaning they won 81 percent of the races. From that result, they concluded that Republicans had actually received 81 percent of the “statewide proportion of voters.” Through this mathematical sleight of hand, the commission members effectively diluted the voting strength of the losing party and inflated it for the winning party. By what probably isn’t a coincidence, that decision favored the party of the five members who voted for it.

What recourse do Americans have when they live under warped maps that are engineered by such knowing innumeracy? Some groups have threatened state-level litigation against the commission. Beyond that, Ohioans can only ask the same state legislature that benefits from gerrymandering to take action against it. And two years ago, the Supreme Court closed the door on the federal courts as an option. Federal judges spent the previous decade striking down extreme partisan gerrymanders largely crafted by Republican state lawmakers after the 2010 midterm elections. But in Rucho v. Common Cause, the court ruled 5–4 along the usual lines that there was no objective standard for judges to use when determining whether a map went too far in locking in partisan advantage.

“We have never struck down a partisan gerrymander as unconstitutional—despite various requests over the past 45 years,” Chief Justice John Roberts wrote for the court. “The expansion of judicial authority would not be into just any area of controversy, but into one of the most intensely partisan aspects of American political life.” Accordingly, the court’s conservative justices ruled that federal courts could no longer intervene in such disputes. (The long-standing ban on racial gerrymandering remains intact, and federal courts can still hear challenges on those grounds.)

Roberts concluded that they were asking the court to impose proportional representation on American elections, which the Constitution neither denies nor demands. “The Founders certainly did not think proportional representation was required,” he wrote. “For more than 50 years after ratification of the Constitution, many states elected their congressional representatives through at-large or ‘general ticket’ elections. Such states typically sent single-party delegations to Congress. That meant that a party could garner nearly half of the vote statewide and wind up without any seats in the congressional delegation.”

As you can imagine, general-ticket elections weren’t a tenable situation for voters at the time, especially as the franchise grew in the early republic. Only in the mid-nineteenth century did Congress put an end to the practice. “The Whigs in Alabama suffered that fate in 1840: ‘their party garnered 43 percent of the statewide vote, yet did not receive a single seat,’” Roberts wrote, quoting a scholarly account of the matter. “When Congress required single-member districts in the Apportionment Act of 1842, it was not out of a general sense of fairness, but instead a (mis)calculation by the Whigs that such a change would improve their electoral prospects.” Single-member districts became the norm in American elections, and further laws by Congress effectively mandated them.

Single-members districts have some advantages, including a measure of geographic representation. But those benefits are increasingly overshadowed by their drawbacks. Even in states without aggressive partisan gerrymandering, single-member districts lock hundreds of thousands of Americans out of direct representation. California Republicans should, by virtue of their numbers, receive a handful more seats in the House than they get each year. The same can be said for Texas Democrats or New York Republicans or Florida Democrats.

Even beyond those innate problems, however, the single-member district system is far more conducive to manipulation through gerrymandering. Unless there’s a massive partisan shift in one direction or the other, the most influential factor in the upcoming House elections will likely be partisan maps. Since gerrymandering reforms are more common in blue and purple states, Republicans have far more control of the next House maps than Democrats do, with full GOP control in 20 states compared to full Democratic control in eight states. It’s entirely possible that the House majority will be decided less by policies and personalities and more by brute procedural force.

What Congress can mandate, however, it can also unmandate. Under its own powers to regulate House elections, Congress could theoretically require states to adopt a different method for electing their apportioned number of House members. Returning to the at-large or general ticket system wouldn’t be ideal; in other contexts, those systems have significantly reduced the number of minority candidates who get elected. And while Congress could require multimember districts instead, gerrymandering would still be a potential problem unless each state was limited to one statewide multimember district.

I’ve written before about the different forms that proportional representation could take under that approach. In perhaps the most well-known model, voters would cast their ballot for various party slates and legislative seats would be allotted based on the proportion of each party’s vote. Other countries have more interesting variants that could be better suited to the American experience: In Germany’s Bundestag, voters elect most of the lawmakers through single-member districts and then add additional members from party slates to ensure proportionality. That approach might be an easier political and cultural adjustment after more than 150 years of only single-member districts.

None of that would help Ohioans anytime soon: Changing the methods for state legislative elections would almost certainly require constitutional amendments in each state instead of a simple act of Congress. Adopting proportional representation at the federal level could prove its value to the states and help push them toward reforms as well. If you’re a pessimist, this federalism split would also limit the damage if proportional representation somehow proves to be disastrous for American politics. But I have a hard time imagining that it could do more harm than our single-district stranglehold.