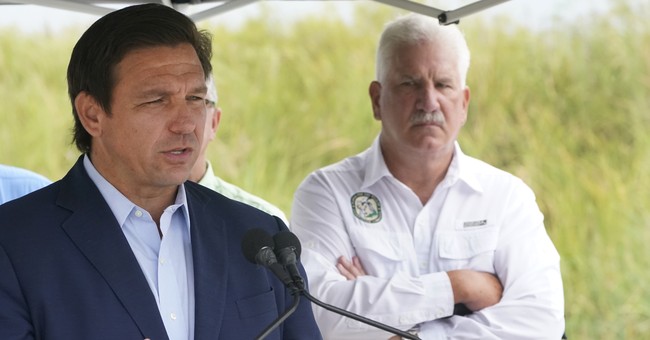 A major Florida landlord has announced it will evict current tenants who do not have proof of vaccination and will refuse to lease to new tenants who have not vaccinated.

If you’re not vaccinated for COVID-19, you can forget about moving into any of eight apartment complexes in Broward and Miami-Dade counties owned by Santiago A. Alvarez and his family.

And if you’re still unvaccinated when it comes time to renew your lease, you’ll have to find someplace else to live.

Alvarez, who controls 1,200 units in the two counties, is the first large-scale landlord known to national housing experts to impose a vaccine requirement not only for employees, but also for tenants. They’ll be required to produce documentation that they’ve received at least an initial vaccine dose.

The policy, which took effect Aug. 15, could set Alvarez’s company on a collision course with Gov. Ron DeSantis’ vaccine passport ban, which prohibits businesses from requiring that customers be vaccinated.

And yet the landlord might have exposed a loophole in the governor’s ban, forcing courts to decide whether a tenant is equivalent to a customer.

Alvarez says he’s not backing down. Signs posted at the leasing offices of his apartment complexes spell out the policy along with the words “Zero Tolerance.”

“We have to be concerned about our tenants and our employees,” Alvarez said in an interview. “All of these are private properties. We’re just trying to keep people safe and healthy. It’s going to cost us money, but we’re very firm on that.”

There is a lot going on here.

First up, the reaction by the left shows that they are immoral and slavishly devoted to polishing Biden’s shoes or whatever. In August, you’ll recall, the Supreme Court shut down the illegal “eviction moratorium” imposed by the CDC. This, we were told, was Armageddon.

BREAKING NEWS: Mitch McConnell accuses President Biden of pushing “socialism” by implementing the eviction moratorium that will stop millions of Americans from being thrown out on the street this month. RT if you think that Mitch is a heartless idiot!

Now, the same people who opposed ending the eviction moratorium are giddy with girlish effervescence over the thought of people being made homeless because their landlord doesn’t like their personal life choices (do this for homosexuals or transgenders or cohabiting couples and imagine how it would play out).

BREAKING: A large Florida landlord announces that he will begin requiring all new and existing tenants to provide proof of COVID vaccination, saying, “You don’t want to get vaccinated? You have to move, and if you don’t, we will evict you.” RT IF YOU SUPPORT THE LANDLORD’S MOVE!

I usually don’t quote stupid rando leftists, but this shows the pettiness and thirst for vengeance goes deeper than policy.

Hopefully this puts things into some context for people trashing this stance.

It’s new tenants or people renewing their lease. Also, he’s doing it to protect his employees and other tenants. I’m ok with this requirement. The vaccine is free. Zero reason why any average pic.twitter.com/cRWl9WsX1n

He has a duty to provide a safe facility. He can also prohibit pets because people have allergies.

Second, this policy is a frontal attack on Florida Governor Ron DeSantis’ defense of liberty. In early September, Governor DeSantis signed a law passed by the Florida legislature barring any government agency, elected body, or private business from requiring proof of vaccination on pain of a $5,000 fine per incident.

Florida Gov. Ron DeSantis is not only doubling but tripling down against those trying to impose measures to fight off the coronavirus in the state.

Two days after the DeSantis administration followed through on his threat to withhold funds from school districts that defied his ban on mask mandates, the Republican governor’s office confirmed that Florida will start issuing $5,000 fines to businesses, schools and governments that require proof of COVID-19 vaccination.

DeSantis signed a bill in May that banned vaccine passports, and last week the state’s Department of Health established how it would be enforced. The fines will start Sept. 16.

The eviction and refusal to rent scheme are structured to evade the state law, or so the perpetrators claim.

Alvarez’s attorney, Juan C. Zorrilla of the Fort Lauderdale-based firm Fowler White Burnett, recently responded to a letter from a tenant’s attorney by asserting that the policy does not violate DeSantis’ executive order banning vaccine passports, nor does it violate laws barring discrimination on the basis of race, color, national origin, sex, disability, familial status or religion.

DeSantis’ order and subsequent state law say that a business entity may not require “patrons or customers” to provide any documentation certifying COVID-19 vaccination or post-infection recovery “to gain access to, entry upon, or service from the business.”

Zorrilla asserted that Alvarez’s policy does not violate DeSantis’ ban because a tenant is not a “patron” or “customer.”

“We believe that there is a clear distinction between someone who is an occupant of a dwelling and physically on the premises for an extended duration of time versus someone who is a patron or customer and simply visiting for a short duration,” Zorrilla wrote. “By only identifying two categories of people who are transient, we do not believe the Order would be interpreted by a court to include tenants or residents of a business or property.”

Dawn Meyers, a partner with the government and regulatory team at Miami-based Berger Singerman, says the court system will likely have to decide whether residency can be equated with a “good” or a “service.”

“I suspect the governor would view it as a violation of his prohibition, but that may end up needing a judicial determination,” she said.

Lauren Einhorn, who specializes in real estate contracting law for Davie-based Kelley Kronenberg, said she expects courts will ultimately find that landlords can require vaccines. That’s because unlike restaurants, stores or other businesses open to the public, a landlord-tenant relationship is contractually based, she said.

Courts have consistently upheld landlords’ rights to enforce a wide range of provisions, she said, particularly if they are intended to protect other tenants, such as bans on firing guns or manufacturing methamphetamine inside apartments.

IANAL, but this sounds nuts. Under this rationale, a landlord could refuse to rent to you because you don’t have a driver’s license…or because you do. Alleged real estate contracting law specialist Lauren Einhorn seems to miss the point that firing guns and cooking meth in apartments is illegal in all 50 states. Not getting the vaccine is not illegal anywhere…yet. DeSantis needs to slap this down hard and fast, and the fact that his communications director has noticed it is an indication that he’s not going to just let this slide.

Lastly, if you ever thought the mask-n-vax policies imposed by Biden and his cronies and their fellow travelers in state government had anything to do with public health, you probably shouldn’t venture out of your house without a chaperone. This is and always has been about population control and the arrogation of power away from the people and the state legislatures to the benefit of the permanent bureaucracy. Right now, the federal government’s focus is on forcing the entire population to submit to an (in my opinion) unnecessary, ineffective, and possibly dangerous vaccination for no other reason than the government has decided that it wants to impose its will. And, in the words of Joey SoftServe (see Does Joe’s ‘Ice Cream Thing’ Help With Dementia? Alzheimer’s Association’s Surprising ‘Caregiver Tips’),  “our patience is wearing thin.”

To that end, the US government has set out to punish and intimidate anyone who will not submit to the authority of the state. It has ample allies in business to do its bidding no matter what the courts say about federal policy unless state and local government and, in the final analysis, private citizens step up and refuse to comply.