The Gator Collective promises to be NIL game changer 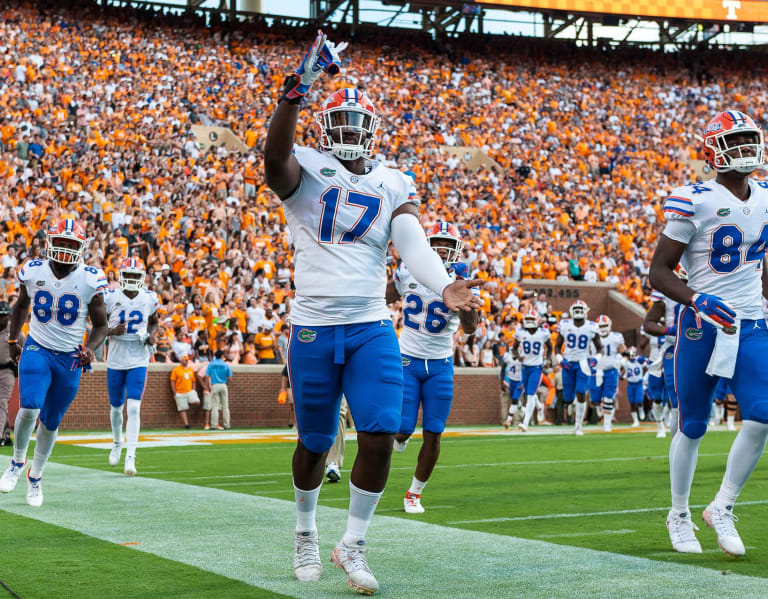 From the outside looking in Eddie Rojas had everything going for him. He’s a junior left-handed pitcher at the Univerity of Florida, a school he’s grown to love, and what’s better than getting to play a game you love at a school like Florida?

In reality, Rojas remembers a single mom of three back in Brooklyn, New York working multiple jobs to put food on the table and give her kids what she could. He remembers seeing zeros in his bank account and wondering how he was going to eat that night standing outside of the financial aid office.

“Living off of Pell grants and anything I could get,” Rojas told Gators Territory. “I remember one day being on campus outside of the UF bookstore, having no money in my bank account, and wondering how I was going to eat that day. I walked into the Gator financial office to speak with someone and thankfully they gave me a loan for a few thousand dollars.”

So when the NCAA allowed student-athletes to begin to benefit from their name, image, and likeness, Rojas knew what some athletes go through while in school. He’d been in their shoes and he began to wonder how he could help.

Rojas left Florida and started a career working at Enterprise. He eventually began an investment firm, one that now employs 40 people and handles $3 billion in investments. He’s a Bull Gator, who enjoys taking his kids back to Gainesville to support the Gators. When the state of Florida and the NCAA passed legislation allowing student-athletes to benefit from their name, image, and likeness, Rojas began to think about how he could make an impact.

Rojas watched as schools like Alabama, Michigan, Georgia, and Ohio State proudly boasted their NIL deals and it seemed as if Florida was falling behind and he thought, “Gator Nation needs to lead the way on that and we all have to be involved on that to get it done” Rojas reached out to fellow Gator fans, Corry Knowles with the Stadium & Gale podcast and Jen Grosso with The Gator Good Foundation.

“We came up with the idea of starting a fan experience,” Rojas told Gators Territory. “A fan club that they give their time and effort of giving live experiences to the fans, exclusive segments, and different things that kind of have the fans galvanized together so we can support our favorite players together. That’s where the idea kind of was born and has been going.”

The Gator Collective was born.

The mission statement is to provide fans with exclusive access to, and experiences with their favorite athletes on the current team and those athletes that join the Gator Collective in the future.

3. Entry into raffles of autographed gear

4. The ability to help athletes capitalize on their name, image, and likeness.

Rojas serves as the CEO. Grosso is the Executive Vice President and operations manager. Knowles is the Executive Director of Creative Media. The Gator Collective has already signed five Florida athletes. Zachary Carter, Diwun Black, Mohamoud Diabate, Keon Zipperer, and Gerald Mincey are the first student-athletes to link up with the brand new group. The Gator Collective retained attorney Darren Heitner — who helped write the legislation that was passed in Florida — to make sure everything the Gator Collective did was in accordance with both Florida law, UF Rules, and the NCAA Interim Policy.

For as little as $5.99 a month you can become a member of the Gator Collective. There will be opportunities to pledge more to the group but the aim is to make it as inclusive as possible for any fan. (You can sign up by clicking the link here)

“We’re trying not to alienate anyone with what they can contribute. If that’s what they can afford and they can become part of the fan club,” Rojas said. “What an opportunity to turn around and say we’ve raised $3million dollars for Gator athletes this year for NIL. That’s my dream. I would love to turn around and say look at the sponsorships we’re giving out to these kids. I hope we’re able to sponsor kids in all the major sports at Florida and to really make sure this thing really takes off and Gator Nation now has a unified front for the new NIL that’s out there.”

Florida fans have long had a saying: “Gators take care of Gators.” This group is going to put a monetary value on just how much Gator Nation takes care of its own.