The Democrats Are Finally Catching Up With Barbara Ehrenreich 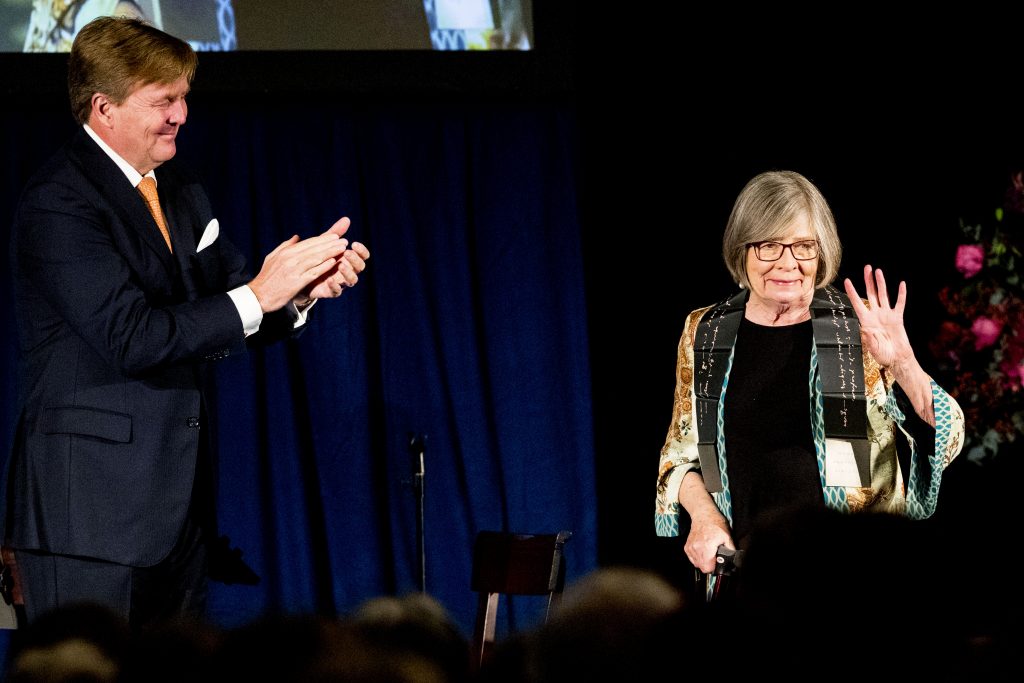 Barbara Ehrenreich, who turns 80 today, began work on her best-known book, Nickel and Dimed, for a specific purpose that’s been largely forgotten: She wanted to demonstrate that the 1996 welfare reform bill’s goal of moving long-term recipients off the rolls was premised on the mistaken belief that poverty wages were sufficient to sustain a family. The minimum wage was about $5 an hour. The going rate for low-wage jobs was $6 or $7 an hour. You couldn’t live on that.

Like any classic, Nickel and Dimed outgrew that narrow premise and, with the richness of a great novel, documented—through Ehrenreich’s own experiences working as a waitress in Florida, a housecleaner in Maine, and a Walmart sales associate in Minnesota—what life at the bottom was actually like. But the book’s literary virtues shouldn’t obscure a more practical matter: She proved her point. Even amid the tightest labor market in decades—we’ve never seen anything like it since—Ehrenreich couldn’t find a way to support herself, even without the under-18 children that qualified someone for welfare. Being poor was too expensive.

It took another 20 years, but the Democratic party has finally come around to Ehrenreich’s way of thinking. The child tax credit was made refundable and expanded to include nonworking families. Unemployment benefits were, for much of the Covid-19 pandemic, increased to be more generous than work. The Democrats didn’t turn their backs on the Protestant work ethic, but they recognized, finally, that workers must be paid a living wage, and started pressing in earnest for a national $15 wage minimum and a serious bill to improve labor rights.

Ehrenreich’s reputation as a sort of white-working-class whisperer to the book-buying public doesn’t capture the great sweep of her topics. Her landmark book, Fear of Falling, published in 1989, documented how liberalism was being hijacked by the professional class. Blood Rites examined war and violence through the prism of religious ceremony. Bright-Sided exposed how a cult of personal responsibility steered Americans away from collective action by persuading them there were no such things as impersonal forces—even in such manifestly impersonal realms as cancer treatment and corporate layoffs. Living With a Wild God and Natural Causes drew on Ehrenreich’s training as a cell biologist (she holds a doctorate from Rockefeller University) to argue that the natural world and the human body are much more anarchic than we want to believe; she used this observation to sketch out a tentative polytheistic metaphysics for unbelievers (like herself). I think of Ehrenreich as America’s poet laureate of anarchy.

While she was doing all this, Ehrenreich never stopped being engaged in the practical political activism that drew her away from an academic career in the late 1960s. She was co-chair, with Michael Harrington, of Democratic Socialists of America. She created United Professionals, an organization for “unemployed, underemployed, and anxiously employed workers.” She started the Economic Hardship Reporting Project to fund unfashionable reporting about economic struggle.

But Ehrenreich’s writing is why she and her ideas endure. Barbara Ehrenreich is perhaps the single greatest essayist writing today—not woman essayist, not leftist essayist, and not sociological essayist, but essayist, period. I know of no livelier mind writing for a popular audience, and no prose stylist more elegant. I certainly don’t know anybody who’s taken on a wider range of subjects (and here I should acknowledge The New Republic’s sister publication, The Baffler, which published her most intellectually adventurous essays during the past decade, many of them collected in her 2020 collection, Had I Known). If the Library of America hasn’t yet knocked on her door, I can’t fathom why.

I fell in love with Barbara’s prose style in 1983, one night working late as an editor at Washington Monthly, when I picked up a review copy of The Hearts of Men. I dimly recall grumpily seeking evidence that feminism had taken a new man-hating turn. But I was immediately entranced by the writing, the thinking, and the sheer originality, and didn’t put the book down until I’d finished it. It was a voice like no other, intimate and funny and lucid and righteous. Years later I stumbled into knowing her when I dated and for a time blended families with her daughter, Rosa Brooks. I can’t pretend my regard for Barbara wasn’t enhanced by becoming her de facto son-in-law and watching her engage my children, to whom she became an honorary grandma. But I was an admirer long before I met her, as was my late wife, Marjorie Williams, who never knew her except as a model for her own political writing.

So happy birthday to Barbara Ehrenreich, American master. Perhaps not your preferred sobriquet, Barbara—it has a patriarchal ring—but you are master of your craft, so just say thank you and let’s be done with it.