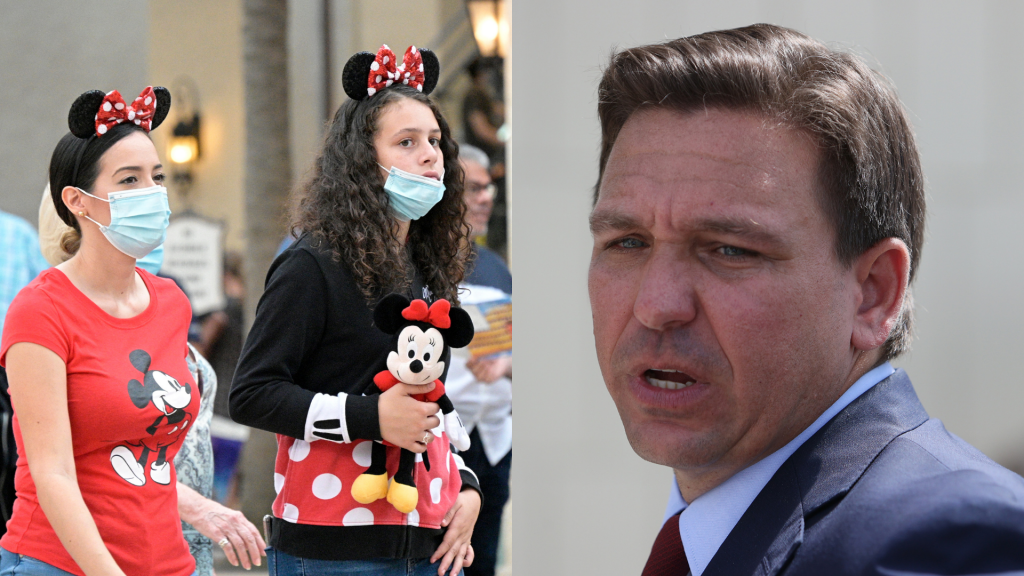 Florida Gov. Ron DeSantis built a national profile for himself keeping Florida open for wave after wave of the coronavirus pandemic. Now, local officials in the state are openly challenging him in an attempt to fight off COVID-19, which has killed nearly 39,000 Floridians and counting as the uber-contagious Delta variant drives an enormous spike in cases.

DeSantis and the Florida Legislature have banned vaccine passports and local mandates, and  threatened to bar local school boards from requiring students to wear masks—even as evidence mounts that COVID-19 is easily transmissible and even dangerous among children. But some of the largest counties in the state are now issuing vaccine mandates for government workers, requiring masks in county buildings, and mandating masks when students return to school next month.

After his executive order in March, DeSantis signed a law in May to ban vaccine passports and permanently bar local mandates. “This legislation ensures that legal safeguards are in place so that local governments cannot arbitrarily close our schools or businesses,” DeSantis said at the time. “In Florida, your personal choice regarding vaccinations will be protected and no business or government entity will be able to deny you services based on your decision.”

But the Centers for Disease Control and Prevention released new guidance this week recommending even vaccinated people wear masks in areas of high or substantial transmission, which describes every single county in Florida right now. And while no counties have directly challenged the state law, in recent days Miami-Dade County has reimplemented a mask requirement for anyone entering a government building, and multiple counties have announced vaccine requirements for government workers.

“I want to show our residents and visitors Orange County is being proactive,” Orange County Mayor Jerry Demings said Wednesday, as he announced the vaccine requirement for more than 4,200 nonunion county employees as well as a recommendation that people wear masks indoors. “We remain focused on lowering our numbers of hospitalizations.”

On Wednesday, Disney announced that all visitors to its theme parks over the age of 2—including Disney World in Orlando, which saw more than 57,000 visitors per day in 2019—would have to wear masks in outdoor areas for the foreseeable future. And in Broward County, school board officials are keeping a mask mandate in place for the fall return to school.

“There is no way in good conscience that I could bring anybody back into the school environment, on the bus, the cafeteria, and not have a mask mandate,” Broward school board chair Rosalind Osgood said Wednesday.

Earlier this week DeSantis threatened to call a special session of the Florida General Assembly to ban mask mandates in schools. And during a speech at an American Legislative Exchange Council conference in Utah earlier this week, DeSantis mocked the CDC’s new rules. “It is very important,” he said, “that we say unequivocally no to lockdowns, no to school closures, no to restrictions, and no to mandates.”

But as for much of the pushback from local officials, DeSantis’s office is so far downplaying it, with a spokesperson telling Politico that Demings’ recommendations “don’t run afoul of state law,” nor does Disney’s. But the spokesperson also told the outlet that DeSantis could call a special session “to ensure that all Florida school districts are mask optional.”

In Arkansas, which has also seen a massive increase in cases over the past few weeks and where there’s also a ban on local mandates despite the state’s pitifully low vaccination rate, Gov. Asa Hutchinson called for a special session to repeal a ban on school mask mandates.

Even before Delta, DeSantis’s administration was sued over the law by Norwegian Cruise Lines, which had planned on requiring all passenger and crew members to be vaccinated in order to board their ships—understandable given that some of the first acknowledged outbreaks of COVID-19 in the United States happened on cruise ships.

But more recently, the rise of the Delta variant of COVID-19 in the U.S. has resulted in an explosion of cases in Florida. The state has documented an average daily caseload of more than 14,000 new cases over the past week, according to the New York Times.

Nearly half of the state’s residents are fully vaccinated, but those who aren’t have driven a surge that has surpassed last summer’s wave and is now fully stressing the state’s hospitals; in Jacksonville, some hospitals are out of ICU beds.

“That means you have patients lying in stretchers that should be admitted into a hospital bed, but there is nowhere to put them,” one local hospital official told Action News Jacksonville Thursday.