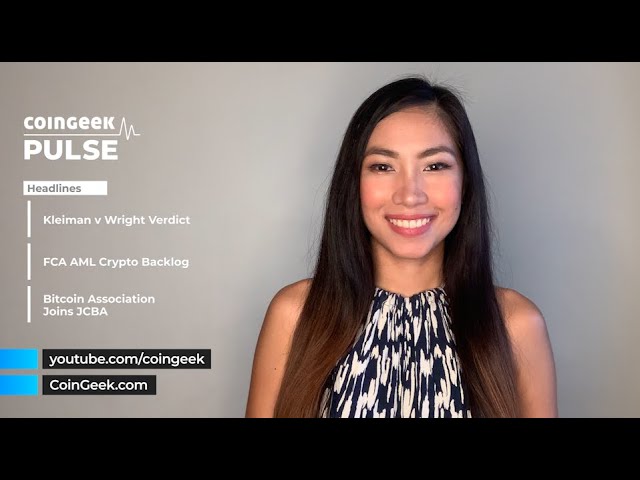 The Bitcoin trial of the century, Kleiman v Wright, is now on its final stretch in Florida. The fate of over $65 billion Bitcoins lies in the jury, who are set to reach their verdict sometime next week when they return to court on Monday, November 29 after the Thanksgiving holiday break.

After tons of testimony and pieces of evidence presented during the past four weeks, the jury will deliberate whether Bitcoin inventor Dr. Craig Wright had a business partnership with the late Dave Kleiman in creating Bitcoin as Satoshi Nakamoto.

Kleiman’s estate has alleged that Wright is not the sole creator of Bitcoin. They asked for a staggering amount of $36 billion from the current trading value of BTC, $126 billion for the intellectual property, plus an unknown sum for the punitive and treble damages. It is believed that if the jury awards these damages, the total amount the plaintiffs are asking for can reach up to $1 trillion.

This is the most-anticipated verdict in the history of Bitcoin—so be sure to watch this space to get the details first here at CoinGeek.

Meanwhile, in the United Kingdom, the Financial Conduct Authority (FCA) published a tender offer seeking digital forensics service. This will be used to manage the current backlog of anti-money laundering and counter-terrorist financing (AML/CTF), whose scope includes cryptoasset activity in the region. In the offer, the FCA is looking for “services of a third-party firm who can provide access to a platform that can support the robust and efficient analysis of cryptoasset blockchain data.” These services must also include training and ongoing support in the use of this platform.

This comes after the regulator received criticism over its long registration process for digital currency businesses in the country. The financial watchdog has now extended the Bitcoin firms application deadline to March 2022.

In Japan, Bitcoin Association has become the latest associate member of the Japan Cryptoasset Business Association (JCBA). The Switzerland-based non-profit industry organization has stepped into the East Asian country to further accelerate the growth and the adoption of the BSV blockchain in the region.

JCBA has 112 members and serves as a platform for businesses to network, interface, and collaborate on issues concerning the digital assets sector in the country.

Meanwhile, a new independent report by MNP, one of Canada’s largest accounting firms, has identified BSV as the most energy-efficient blockchain. The report, titled “The Search for a More Efficient Bitcoin,” compared models and real-world data from BTC, BCH, and BSV. It concluded that BSV is the most efficient due to its unbounded transaction processing capacity. MNP’s findings proved that it is possible to estimate the power consumption of a blockchain network accurately. They found that BSV is the most efficient blockchain implementation when comparing kilowatt-hours consumed per block.

To learn more on this topic, check out BSVBlockchain.org North America’s Regional Manager Bryan Daugherty on this week’s episode of The Bitcoin Bridge.

Daugherty talks about Proof of ESG—environmental, social, and governance—and how it keeps companies honest as well as how the BSV blockchain is making it possible.

Watch the full interview on the CoinGeek YouTube channel.