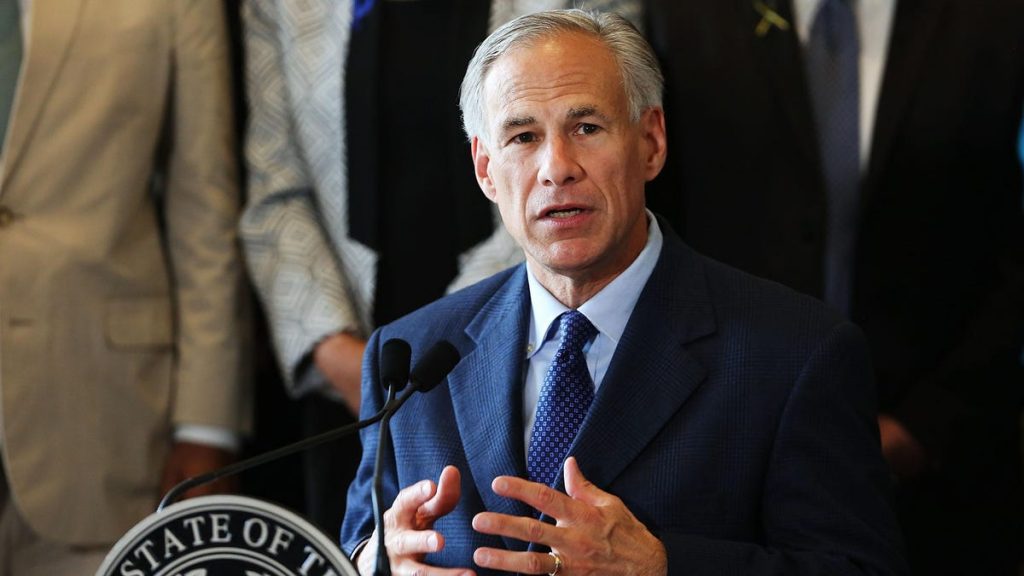 The governors of Texas and Florida both requested help coping with a surge of new coronavirus cases and spikes in hospitalizations this week, though both still refuse to allow public schools to require masks this fall and other measures recommended by health experts to slow the spread of coronavirus.

Meanwhile, school officials in Texas cities are pushing back against Abbott’s May executive order banning public schools from mandating masks, with districts in Austin, Dallas and Houston saying they will require masks anyway, while San Antonio and surrounding Bexar County on Tuesday filed a lawsuit against Abbott over the order.

Abbott has given no indication that he’ll reverse his stance, and last month, said the state “must rely on personal responsibility, not government mandates. Texans will decide for themselves whether they’ll wear masks.”

Florida’s health department also put in a request this week for 300 ventilators from the federal government, according to ABC News, which obtained a document detailing how the shipment would “replace expended state stores.”

Despite leading the country in new cases and hospitalizations, Gov. Ron DeSantis has also doubled down on his executive order barring mandated face coverings in public schools, even threatening on Monday to withhold pay from any school district officials who do so.

Both governors have also resisted calls to reinstate capacity limits or require face masks in public settings like bars and restaurants, and have issued executive orders that ban vaccine passports.

39,755. That’s the seven-day average of new coronavirus cases of both Florida and Texas combined. Florida has seen an average of 27,341 new cases over the past week, while Texas has reported 12,414. Together, the two states account for nearly one in three new infections nationwide. They are also the two states with the most new hospitalizations, with just more in one in three new hospitalizations tied to the virus occurring in either Texas or Florida.

Dr. Jerome Adams, who served as U.S. Surgeon General under Trump, called it “unconscionable” that state officials would prohibit mask mandates in public schools. “As a physician, as a public health expert, it’s deeply troubling that it seems we’re letting politics get in the way of protecting our youth,” Adams said during an appearance on CBS’ This Morning Tuesday.

Health officials have stepped up calls for masks as the country faces another coronavirus wave just as the nation’s students, none of whom under the age of 12 are eligible to be vaccinated, prepare for the new school year. Last month, the CDC reinstated guidelines that recommended masking for even fully vaccinated people when in indoor public spaces or in outdoor crowds in areas with high rates of coronavirus transmission. The CDC said the rise of the more contagious delta variant pushed the agency to revise its guidelines after hundreds of fully vaccinated people were infected with delta coronavirus after attending public social events in Massachusetts.