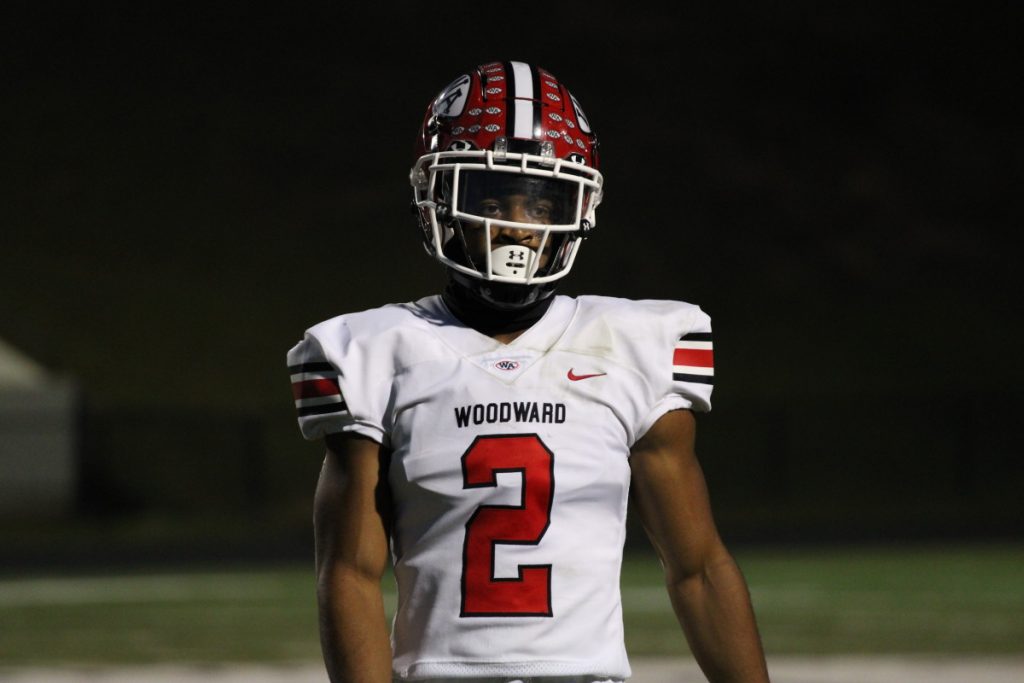 Woodward Academy (Ga.) defensive back Christian Harrison has been one of the fastest-rising recruits in America since his senior tape started circulating. Now with double-digit offers in hand, Harrison decided it was time to cut his list down to three schools, including Tennessee, Nebraska and Florida. Prior to the public release, the son of former NFL great Rodney Harrison discussed each contender and his future plans with Sports Illustrated.

On Florida: “Florida, growing up as a kid, and now, they have been one of my dream schools. They put many guys in the league. Last year it was Marco Wilson, the year before that, it was C.J. Henderson, and they aren’t really having a good year right now, but I feel like with the recruiting classes coming, my class as well, it could change things around a lot. It is Florida, so they are always going to get back to that championship level real soon. Their staff has a lot of experience, and Coach McGriff has been everywhere and could get me where I want to go.”

On If Potential Staff Changeups at Florida Could Affect The Gators Chances: “You know, they had a coaching change with firing Coach Grantham, but I am not sure, I think Coach McGriff got moved up to defensive coordinator for right now. I think that staff will stay, but if anything were to happen with them, I would still rock out with Florida. With that team being in my top three and always being my dream school since I was a kid, we will just have to see what happens in the next few weeks.

On Tennessee: “So, Tennessee, that staff has shown a lot of love and interest in me. Every week we are on the phone like twice a week or so. They are always checking up on me and seeing what and how I am doing. They can see me playing early as a freshman, and they have been telling me early as a corner and as a nickel some. Them being in the SEC, I would be playing at the highest level of football against the best of the best, and the Tennessee staff as a whole has a lot of experience. Coach Martinez has put 45 guys in the league in the 20 years he has been coaching, so he has a lot of experience to help me get to where I want to go. Right now, I can see Tennessee is on the rise and everything going on with hiring coach Heupel and the whole staff, so I just see good things in the future for Tennessee. Once they bring a couple of recruiting classes, they are going to be competing for SEC championships real soon.”

On Nebraska: “Nebraska, their whole staff, has a lot of experience. There is a lot of history at Nebraska. Coach Fisher, the DB coach, has been recruiting me, and he played nine years in the NFL as a DB, so he has a lot of experience with that. He knows everything about the DB position, so he can teach me exactly what I need to know to get me to that next level. A lot of the guys in their secondary are from Atlanta, and I know some of those guys, so I have a little connection right there.

On What Is Next For Him: “Right now, I am going to take an official to Tennessee in December, either the first or second week, then I am going to Florida vs. Florida State game on the 27th. Now that I have dropped this top three, I am still going to keep my schools open to all other opportunities.”

On Factors For His Decision: “The relationships I have with the coaches, which staff is showing the most love to me, and the ability to play early as well. My family has to like the place too, so just things of that nature.”