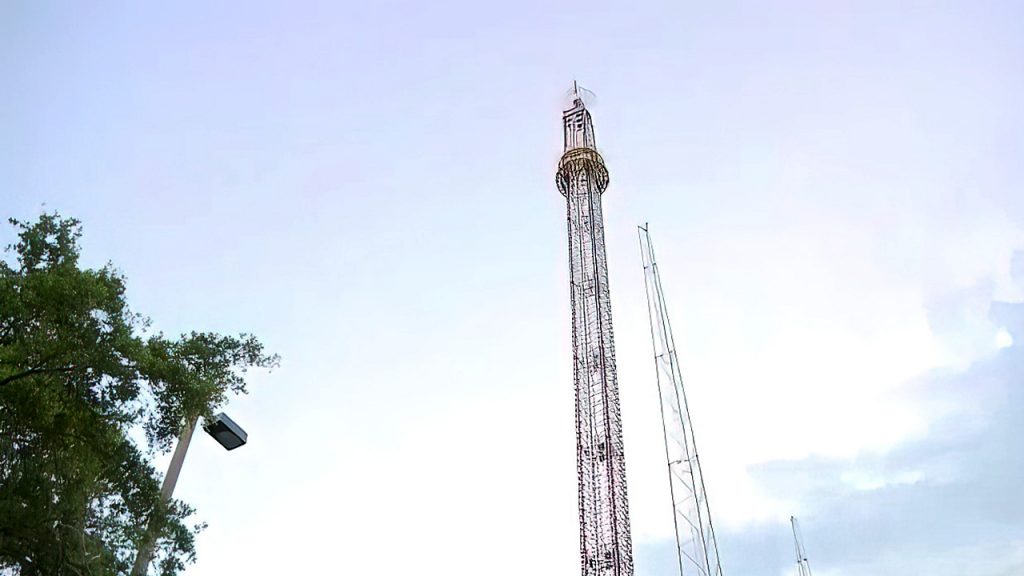 A teenage boy plummeted to his death Thursday night from an amusement park ride at Orlando’s Icon Park.

Orange County Sheriff’s Office officials confirmed to FOX 35 that the 14-year-old was transported to a hospital, where he later succumbed to his injuries.

FLORIDA’S ICON PARK: WHAT TO KNOW

The station added that witnesses on the scene told deputies someone had fallen off the Orlando FreeFall ride at Icon Park, and that the sheriff’s office said the ride will remain closed during the investigation.

“We can’t imagine the pain and anguish that his family must be going through,” Mina said, noting that Sampson had been visiting a family in Central Florida from his home in Missouri.

Based on the preliminary investigation into the incident, Mina said it appear to be “a terrible tragedy.”

Mina told reporters that Sampson had been strapped in with a large locking device over his shoulders, but that he was “not aware of a seatbelt.”

The investigation is still open and there have been no criminal charges.

He was not sure if Sampson was eligible to ride the FreeFall.

John Stine, the director of sales and marketing for the Slingshot Group of Companies, told Spectrum 13 that the boy had been secured in the seat but that he did not know if the boy came free from the safety harness.

Spectrum 13 noted a video sent in appears to show the teen slipping from his seat.

“We operate the ride with all the safety precautions in mind. Everything is in place and this is why we are doing this investigation,” Stine told FOX 35.

According to the I-Drive Orlando website, the Florida attraction stands 430 feet tall and sends riders free-falling at 75 mph.

DISNEYLAND GUESTS TRAPPED ON PIRATES OF THE CARIBBEAN RIDE ON HALLOWEEN

It can hold up to 30 passengers, sending riders falling nearly 400 feet at a 30-degree tilt.

In an October news release, Icon Park said it is the “world’s tallest free-standing drop tower.”

The attraction opened in December, alongside the Orlando Slingshot.

In a news conference, Stine said Thursday that the ride would remain closed “indefinitely.” The Slingshot has also been closed.

“Again, our hearts are broken for the family of that young man,” he said, according to WFTF in Orlando. “And again, we’re going to do everything we can to work with the investigative authorities to get to the matter of this.”

Stine said there had been no previous issues with the FreeFall ride.

A worker died in 2020 while performing maintenance on a different attraction at Icon Park.

According to the Orlando Sentinel, 21-year-old Jacob Kaminsky died in September 2020 after falling about 50 or 60 feet from the StarFlyer ride.