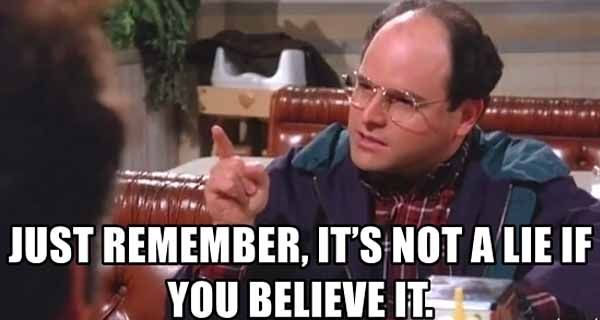 As Twitchy reported earlier, Adam Parkhomenko is putting up “GAY” and “SAY GAY” billboards all over Florida and collecting donations to put up more and keep them up for as long as possible. That might make sense if Florida were having an election, but the bill’s already passed. Sure, celebrities like Mark Hamill cut and pasted the word “gay” into a tweet until he reached the 280-character limit, but remarkably it didn’t change anything. Florida Democrats marched through the hallways saying “gay” and made TikTok videos of themselves saying “gay.” It would all be very subversive if there were an actual law that prevented anyone from saying the word “gay.”

The Sun-Sentinel still hasn’t gotten over it, and has a piece Monday about how master of messaging Gov. Ron DeSantis was “outmaneuvered” by that three-word catchphrase.

By outmaneuvered you mean …

Outmaneuvered how? He didn’t have a better three-word catchphrase?

How did you “outmaneuver” Gov. DeSantis? You lost.

Most Floridians support the bill, and it passed the legislature.

How was he outmaneuvered when the bill passed?

The tweet when you want something to be true that’s not and you think by saying it repeatedly makes it true but it doesn’t.

Behold the daily ? article from this ? publication. And no. Don’t talk about gender studies to my kindergarten child.

I thought the bill passed?

Wouldn’t this require he’d actually lost the messaging battle over this?

Yes, and you probably think Nikki Fried is going to win. Bless your hearts. ?

Y’all might wanna look at some real polling on the issue.

Well gee maybe because every media outlet ran with that “3 word phrase” which has noting to do with the bill. Who’s fault is that?

Except that 60%+ of the country is completely supportive of the bill. Sounds more like lying about the bill wasn’t as effective as you’d hoped.

No he wasn’t. The bill passed and will be signed with the majority of Floridians’ support. I’d say the groomers were outmaneuvered.

On what planet did this happen?

I doubt this is the take you think it is.

It sounds like the message of the bill got across to the legislators who voted to pass it. Putting up billboards now is just stupid.