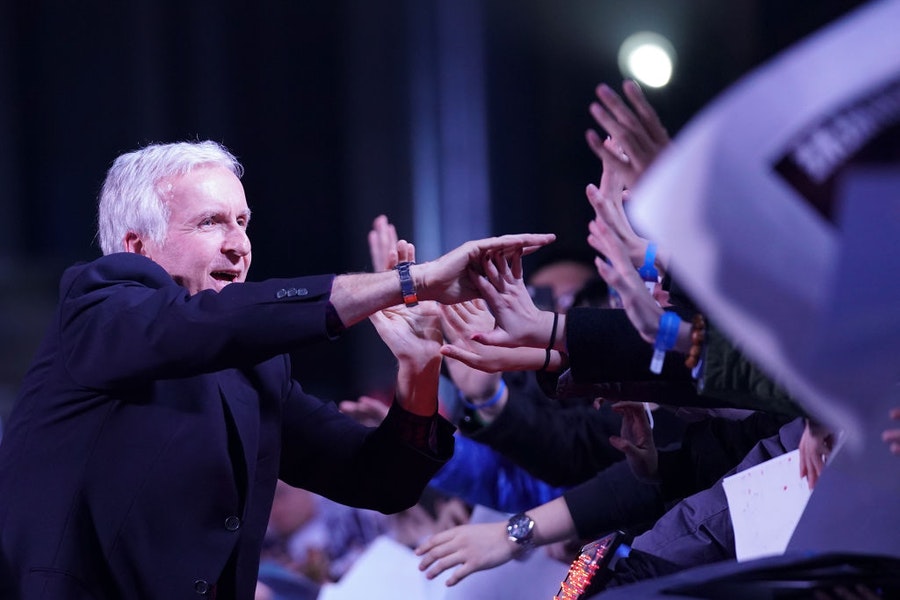 Hollywood Transom is written by Jeff Sneider. Today’s edition contains news about Thor reshoots, when and how the Avatar 2 trailer debuts, and who else has gotten COVID in town on the awards trail.

For weeks, fanboys have been asking when they’re going to see the Thor: Love and Thunder trailer. The movie is coming out on July 8 and here we are less than four months from release and we haven’t seen diddly-squat. That may be because the film is currently undergoing reshoots — Christian Bale was in Manhattan Beach on Thursday according to my spies — so just be patient.

But as fans await the Thunder God, there’s another big movie that Disney is releasing this year, one that enters the arena with big expectations and an even bigger target on its back: Avatar 2.

The Transom hears that an Avatar 2 teaser of some kind will debut in front of Marvel’s Doctor Strange sequel, which Disney will release exclusively in theaters on May 6. Disney had no comment when asked, but we hear that the Mouse House is eyeing that date, hoping to replicate the success that Sony had with Spider-Man: No Way Home, and one way to help juice Strange’s numbers would be to offer the very first glimpse Avatar 2 in front of that film.

Sure, Disney could wait until July to launch its Avatar 2 campaign and attach the teaser to the front of Thor: Love and Thunder, but as I said, I think it’ll be sooner than that, if only to reassure audiences that the long-delayed sequel is finally coming out this year. Star Zoe Saldana promises it’ll be a December to remember; she said she cried after watching 20 minutes of the film.

This has been a sneak preview of today’s edition of The Ankler, the industry’s secret newsletter. To read the rest of this issue, subscribe today for just $17 a month and don’t miss out on who’s in the hot seat next!

Also in today’s issue – Could Oscar be the next superspreader event? And all the buzz and grumblings from the awards circuit! Don’t miss it!

New on The Ankler:

Subscribe during the free beta period here (it’s almost over!).

IF YOU ARE INTERESTED IN ADVERTISING on The Ankler, The Ankler Hot Seat, The Glossy, or The Optionist, please contact Kymber as well.

Can’t afford The Ankler right now? If you’re an assistant, student or getting your foot in the door of this industry, and want help navigating the craziness of this business but don’t have money to spare right now, drop me a line at richard@theankler.com and we’ll work it out. No mogul or mogul-to-be left behind at The Ankler.

The Ankler is an independent voice covering Hollywood. If you’re a subscriber, feel free to share this edition with a friend but just a couple, please. The Ankler depends on its paid subscribers.