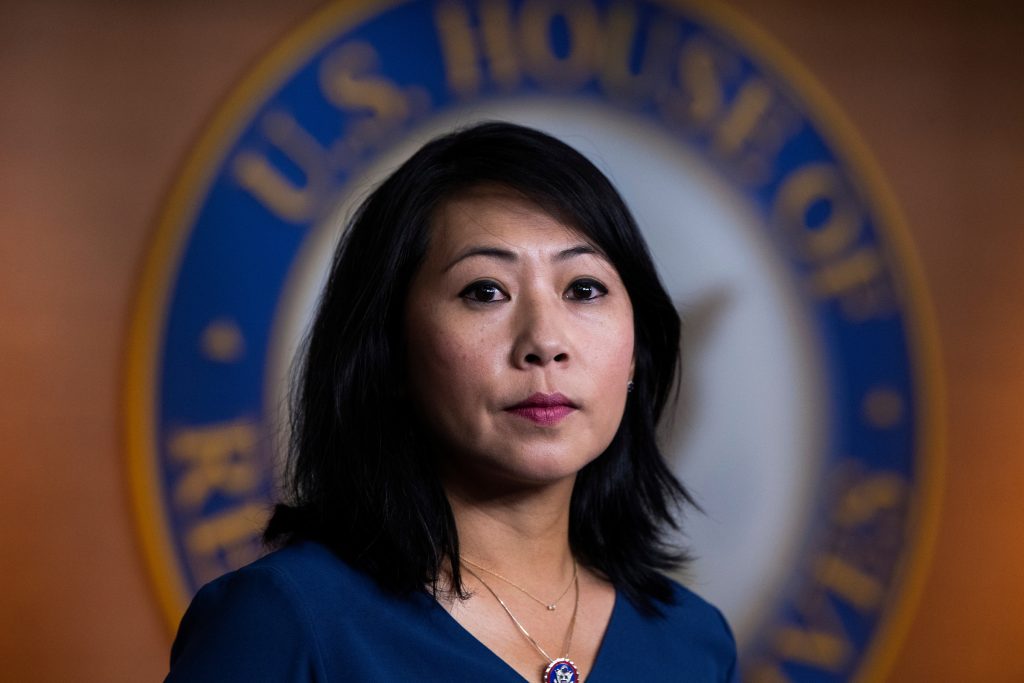 Florida Democratic Rep. Stephanie Murphy plans to vote against the spending and tax measures the Ways and Means Committee is marking up this week and next, citing concerns that her party leadership isn’t giving lawmakers enough time or information to assess how the individual components fit into the broader $3.5 trillion reconciliation package.

“We were given an artificial deadline by which to craft and mark up a big bill. And I believe this deadline was too rushed, driven by politics rather than policy,” Murphy said Thursday in her opening statement at the start of a multiday Ways and Means markup.

Her remarks represent an early warning shot to Democratic leaders that they will likely need to slow down the reconciliation process if they want to produce a package that moderate Democrats can support.

Murphy is one of 10 House centrists who last month briefly held up the adoption of the budget resolution needed to begin the reconciliation process in order to secure commitments from party leaders on the path forward. Under one of those commitments, any package the House brings to the floor will be pre-negotiated with the Senate to ensure it complies with its reconciliation rules and has enough support to pass in that chamber without significant alterations.

House committees last week began releasing their contributions to Democrats’ partisan budget reconciliation package — a wide array of new and expanded programs that would provide significant funding for clean energy, health care, education, child care, paid leave, workforce development and immigration programs. The committees have a Sept. 15 deadline to approve their components, which the Budget Committee would then assemble into a single package. Democratic leaders hope to bring it the floor as early as the end of the month.

The Ways and Means Committee is expected to provide roughly half of the spending and the vast majority of the revenue for a package that Democratic leaders have said will not exceed $3.5 trillion in new costs. The budget resolution’s instructions allow them to add about half the tab to the national debt, though Speaker Nancy Pelosi told reporters this week that the plan is to ultimately pay for at least half and perhaps even all of it.

Murphy complained Thursday that Ways and Means leaders had only released some of the measures it plans to consider during the multiday markup and none of the revenue increases that are central to evaluating the broader package. She also lamented that the panel did not have official Congressional Budget Office scores for any of its proposals.

The initial five subtitles Ways and Means released detail the committee’s proposals on paid family and medical leave, retirement, child care and trade assistance and a few health care provisions. The panel plans to mark up all five of those subtitles Thursday and Friday.

The panel has not yet released text of additional health care provisions, such as a contentious prescription drug pricing proposal, or any of its tax plans, many of which are also controversial, that it plans to mark up next week.

Murphy said she can’t properly evaluate those proposals — “however worthwhile they appear in isolation” — without cost estimates or details on what other policies will be part of the broader package.

“I don’t think it is asking too much to want to see this bill in its entirety before voting on any part of it,” she said. “I think that’s asking for the absolute minimum, especially when we’re proposing to create or change programs that will affect my constituents at every stage of their lives.”

Murphy said that while she supports the use of reconciliation to enact Democrats’ economic priorities, she can’t vote for the measures at this stage.

“I have no choice but to vote ‘no’ on each subtitle and on final passage,” she said.

Murphy’s decision to oppose the legislation as it moves through committee stands in contrast to two other moderates from the group of 10 rebels, who raised similar concerns when the Natural Resources panel began marking up its portion of the package last week.

Reps. Ed Case, D-Hawaii, and Jim Costa, D-Calif., complained that the Natural Resources bill wasn’t fully offset or vetted with their Senate colleagues but said they’d vote to move it through committee. The panel recessed its markup last week and resumed deliberations Thursday.

“I will support this bill, but I must be clear that at this stage that’s purely aspirational, and I must reserve my support for any overall reconciliation bill,” Case said in his opening remarks last week.

Joseph Morton contributed to this report.