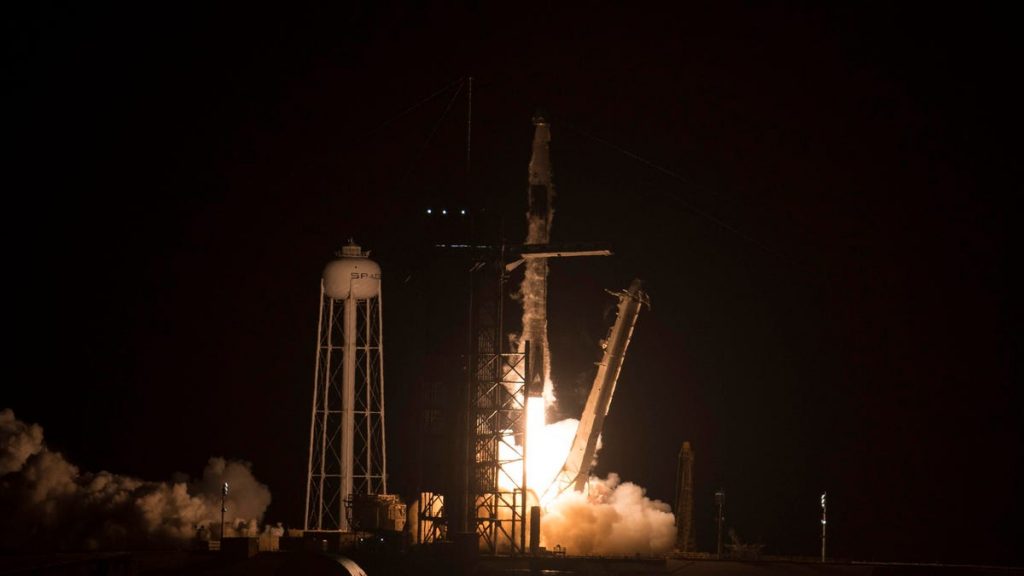 SpaceX successfully launched four astronauts towards the International Space Station early Wednesday in a mission that features one of the most diverse crews sent to space.

The launch of the Crew-4 mission took place from NASA’s Kennedy Space Center Cape Canaveral, Florida, at 3:52 a.m. ET and it consisted of a partially reused Falcon 9 two-stage rocket which propelled the crew onboard SpaceX’s Dragon capsule named Freedom.

Minutes after the launch, the crewed capsule managed to successfully enter orbit while the first stage booster of the Falcon 9 rocket returned back to Earth and landed on board SpaceX’s drone-ship in the Atlantic Ocean.

The astronauts will now spend around 17 hours en route to the International Space Station (ISS) and are expected to dock there at around 8:15 p.m. ET.

The crew of four is made up of two men—NASA’s Kjell N. Lindgren and Robert Hines— and two women—NASA’s Jessica Watkins and Italian astronaut Samantha Cristoforetti from the European Space Agency (ESA).

With the successful launch, Watkins made history as the first Black woman participating in a long-term space mission.

Wednesday’s launch is the fourth by SpaceX under its Commercial Crew Program contract with NASA.

Minutes before the launch, Lindgren, the commander of the mission, said: “Our heartfelt thank you to every one of you that made this possible. Now let Falcon roar and Freedom ring.” Once the capsule managed to enter orbit, Lindren radioed back: “It was a great ride.”

The new crew will be welcomed on board by seven astronauts currently living in the ISS—including the members of SpaceX’s Crew-3 mission—made up of three Americans and a German astronaut—and three Russian cosmonauts. Early next month, the members of the Crew 3 mission will return to Earth onboard their own Dragon capsule. The Crew-4 launch takes place just days after a private mission to the ISS carried out by the firm Axiom Space using SpaceX’s rockets. The mission, dubbed Axiom-1, featured former NASA astronaut Michael López-Alegría and three others who paid $55 million each for the trip. The Axiom-1 crew agreed to conduct experiments while onboard the station and helped Axiom develop protocols for launching private individuals into space in the future.

Previously, only two Black women visited the ISS during NASA’s Space Shuttle-era, but neither stayed there for a long mission. Watkins will create history as she is set to spend five months onboard the space station in a mission that she calls an “an important milestone.” Watkins, who is a geologist, is on NASA’s shortlist for a moon-landing mission in the future.