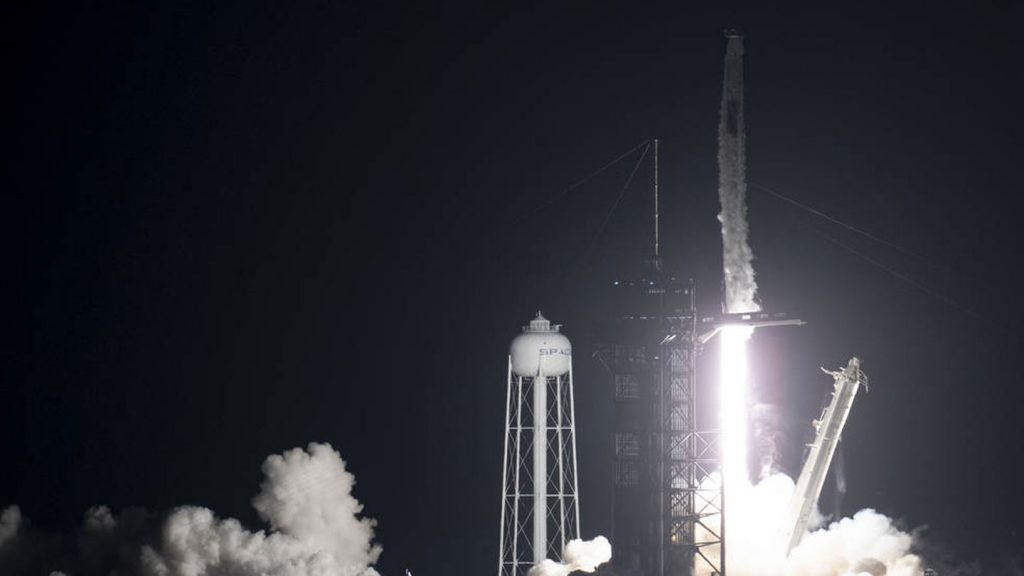 NASA and SpaceX finally launched the Crew-3 mission yesterday on November 10, at 9:03 PM EST. The launch happened at Launch Complex 39A at the NASA Kennedy Space Center in Florida. The capsule used for the mission was the Crew Dragon Endurance, and it was pushed into orbit atop a SpaceX Falcon 9 rocket.

Crewmembers aboard the capsule were Raja Chari, Tom Marshburn, and Kayla Barron from NASA. ESA astronaut Matthias Maurer was the fourth crew member. Astronauts Chari, Barron, and Maurer are all on the first spaceflight, while Crew-3 is the third mission for Marshburn. Interestingly, this mission makes Marshburn the sixth person to go into space aboard three different spacecraft.

Crew-3 has been delayed several times. Previously, the mission was delayed from its original launch date until October 31. However, bad weather and high winds prevented the launch on Halloween, moving the launch to November 3. More issues forced another delay pushing the spacecraft launch into orbit to November 10. Since the mission had been delayed several times, NASA began to consider returning the Crew-2 astronauts to Earth before launching Crew-3.

Originally, Crew-2 and Crew-3 astronauts were all supposed to be aboard the ISS at the same time. However, NASA did successfully return Crew-2 astronauts to Earth recently, before the Crew-3 launch. For the Crew-3 launch, SpaceX monitored automatic maneuvers of the spacecraft from Hawthorne, California. NASA is monitoring space station operations during the flight from Mission Control in Houston.

Endurance will perform an autonomous docking on the forward port of the Harmony module of the ISS around 7:10 PM today, Thursday, November 11. NASA is encouraging fans of space travel to watch the docking maneuvers on NASA television, the NASA app, or its website where it is covering docking, hatch opening, and the welcoming ceremony.

Crew-3 astronauts will be aboard the ISS for about six months. During their time on the space station, they will conduct new scientific research into multiple areas, including material science, health technologies, and plant science. NASA says the experiments will help prepare humans to explore beyond low-Earth orbit and will help benefit the Earth as well. Work being performed on the space station will specifically benefit future Artemis missions and help lay the groundwork for additional exploration of the Moon and Mars.

Barron is a Crew-3 mission specialist and will help monitor the spacecraft during launch and reentry. Aboard the ISS, she will act as a flight engineer. Maurer is a Crew-3 mission specialist, assisting the commander and pilot with spacecraft monitoring during launch and reentry. He will be a long-duration crew member on the ISS. Interestingly, he also spent 16 days participating in the NASA Extreme Environment Missions Operations space analog. That is essentially a mission designed to simulate conditions in space as closely as possible on Earth.