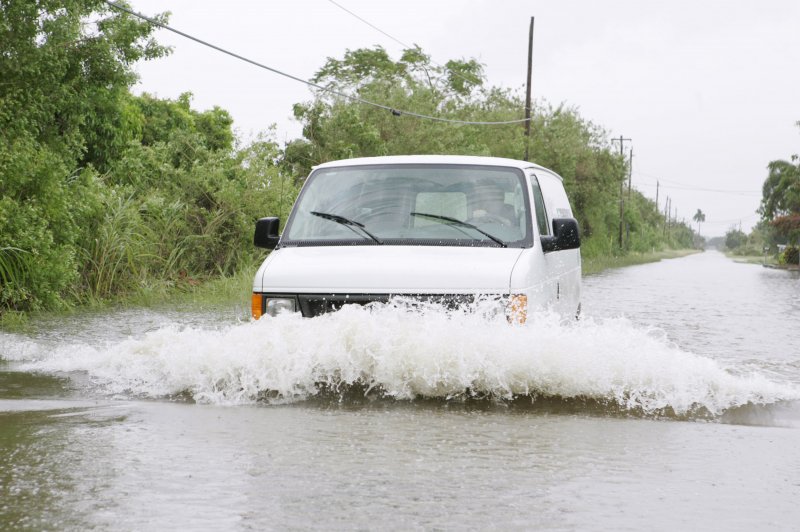 A van tries through flood waters in Miami, Florida. The area is expecting floods brought by the seasonal king tides. Photo by Michael Bush/UPI | License Photo

Sept. 11 (UPI) — Beaches in the Miami area are underwater and other South Florida communities are bracing for floods as king tides make their seasonal return.

The unusually high tides occur multiple times a year, typically in the fall, and can cause flooding, particularly in low-lying areas.

The Haulover Marina in Miami-Dade County took on water from the tides Thursday morning, as residents moved cars from underground garages and put on rain boots, Miami’s CBS4 reported.

Cities and towns along the coast have improved their pump stations and made other upgrades in anticipation of the tides, the station reported. Fort Lauderdale completed a section of a raised seawall and installed 180 tidal valves to keep seawater out and drainage flowing.

Monroe County, which includes Everglades National Park and the Florida Keys, issued an advisory warning that the highest king tides will occur during weeks in October, November and December. However, it warned that king tide flooding could occur earlier than those dates and residents should take precautions such as avoiding walking or driving through flooded areas.

Nearby Miami-Dade County also warned that the impacts of king tides will be on the coast and in very low-lying areas and will occur during weeks from September through December. The county said that while king tides occur a few times per year and often “cause nuisance flooding in coastal and low-lying areas,” they can be more severe if they coincide with heavy rains, strong wind or big waves.

“However, sea level rise is causing these tides to happen more frequently, to last longer and extend further inland than in the past,” the county’s advisory said.

South Florida has seen its sea level rises that are contributing to coastal flooding, reports CNN. The area is seeing between 2 to 4 millimeters annually, Haley Brink, the network’s meteorologist said.