South American ‘Penis Snakes’ Have Been Discovered in Florida 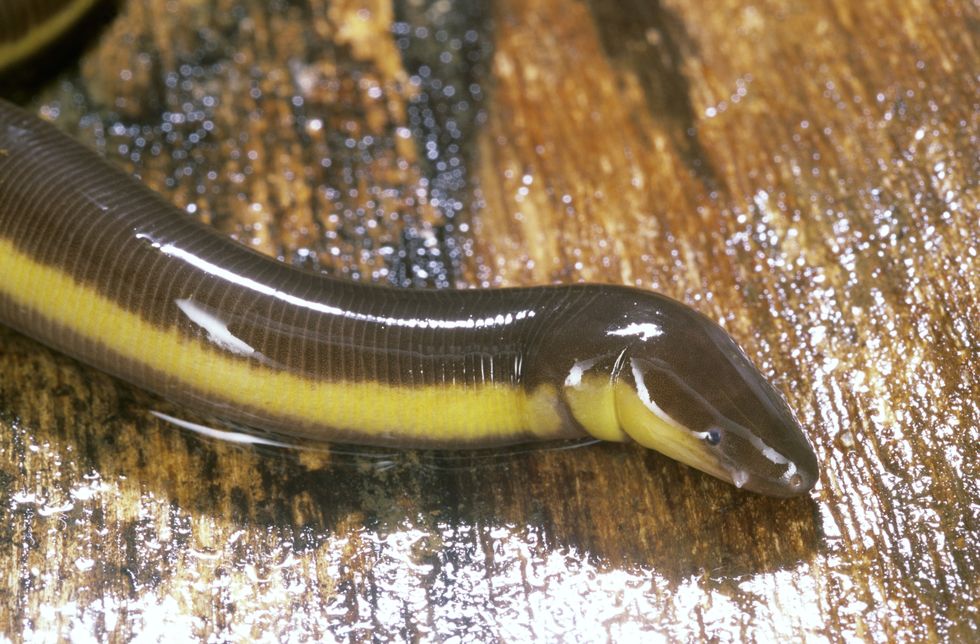 The slippery little creatures were first found in Tamiami Canal, not far from Miami International Airport, in 2019. A DNA test by the Florida Museum of Natural History has confirmed that they are in fact caecilians, native to Colombia and Venezuela, technically making them an “invasive” species.

Caecilians can vary quite a bit in length, from just a couple of inches, all the way up to 5 feet; the specimen captured in the C-4 canal (species Typhlonectes natans) measured 2 feet. They also tend to thrive in shallow, warm bodies of water with aquatic vegetation, and certain areas of the canal do fit those criteria. But there is still a lot about the penis snake that scientists have yet to learn.

“Very little is known about these animals in the wild, but there’s nothing particularly dangerous about them, and they don’t appear to be serious predators,” wrote Coleman Sheehy from Florida Museum’s Herpetology Collection in a report on the animals. “They’ll probably eat small animals and get eaten by larger ones,” he added. “This could be just another non-native species in the South Florida mix.”

“At this point, we really don’ know enough to say whether caecilians are established in the C-4 Canal,” he continued. “That’s what we want to find out. I didn’t think we’d one day find a caecilian in Florida. So, this was a huge surprise.”

This content is created and maintained by a third party, and imported onto this page to help users provide their email addresses. You may be able to find more information about this and similar content at piano.io