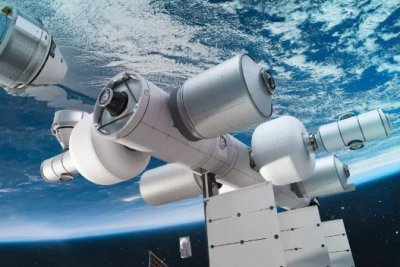 Former NASA astronaut and veteran of three space shuttle missions Janet Kavandi will lead the new training center which is scheduled to open in 2024.

“Our intent is for Sierra Space to stand at the forefront of the commercial space industry,” Kavandi said, “… by selecting, training and preparing the very best space exploration talent to lead the way in this new era of low-Earth orbit destinations. We are excited to start this effort at the Kennedy Space Center during this truly formative stage in the new space economy.”

Sierra Space plans to train three different types of astronauts. Professional astronauts will operate and maintain Orbital Reef, which will be nearly as large as the International Space Station. Specialist astronauts will conduct research and experiential astronauts will experience life and work in space. Construction on the new space station is expected to start in 2026.

In addition to building space infrastructure for low-Earth orbit commercialization for businesses and tourists, Sierra Space is building space transportation. Dream Chaser is the world’s first commercial spaceplane that could start launching and landing next year. The uncrewed, robotic spaceplane will perform cargo resupply and return missions for NASA to the ISS. A crewed version of Dream Chaser is currently in development.

The International Space Station is pictured from the SpaceX Crew Dragon Endeavour during a flyaround of the orbiting lab that took place following its undocking from the Harmony module’s space-facing port on November 8. Photo courtesy of NASA