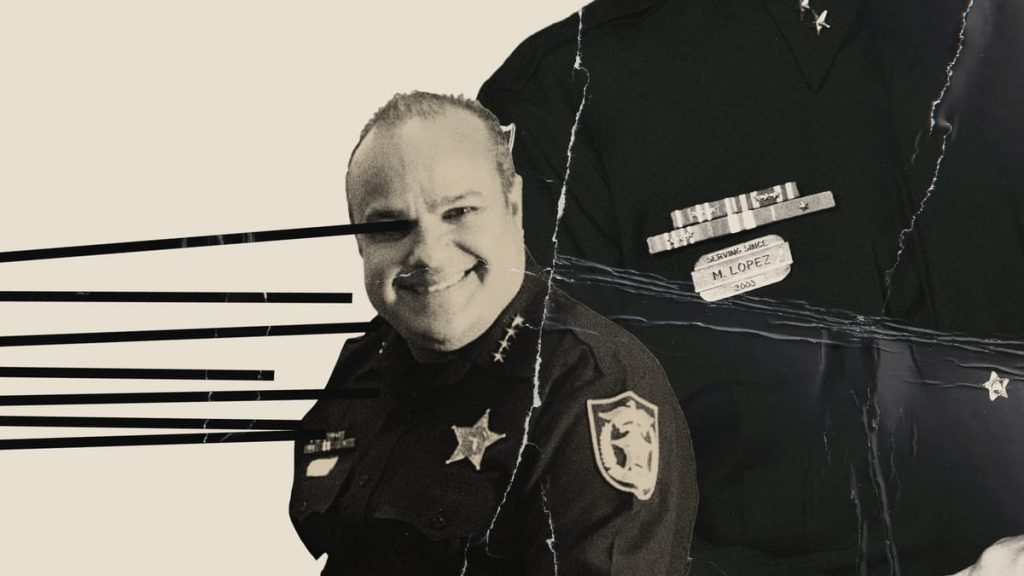 After what began as a minor shoplifting incident involving Pokemon cards nearly two weeks ago ended in a police shooting that killed one young Hispanic man and maimed and disfigured two teens, lawyers for those teens accused an embattled Florida sheriff on Tuesday of blaming the victims for his officers’ fatal actions.

On Monday, Sheriff Marcos López of Osceola County slammed the backgrounds of the four young people his deputies shot at after allegedly catching two of them shoplifting from a Target in Kissimmee, Florida, and then waiting for them to go into their car before moving in to arrest them. López said his officers had been conducting tactical training when they grew suspicious of the car they saw parking in a handicapped spot with paper covering the license plate, and two young men who then walked out of it wearing masks and hoodies.

“After seeing this clearly suspicious behavior, the training was concluded and detectives were instructed to respond to the target, to gear up,” he said.

The sheriff painted the young men—particularly the slain driver, 20-year-old Jayden Baez—as criminals while defending himself against calls for transparency about the deadly incident. Eventually, he released a partially blocked surveillance video from the Target store, which doesn’t show any shoplifting, along with deputies’ reports that didn’t include a mention of the shooting.

Lawyers for the four youths’ families shot back at their own press conference on Tuesday, calling the sheriff’s attacks a red herring and “riddled with misrepresentations,” questioning the policies that supposedly justified shoplifters ending up with their car rammed and shot at as they were surrounded by a crowd of sheriff’s deputies.

Lawyer Mark NeJame of NeJame Law also shared graphic pictures of 18-year-old Michael Gomez’s three bullet wounds—including one in the back—and claimed that surveillance video the sheriff had released refuted his own claims.

“These individuals were in a fishbowl,” NeJame told reporters. “They were sitting ducks being riddled with multiple bullets over 46 dollars and change.”

According to the sheriff’s evolving and opaque account, López’s officers had been performing training exercises nearby before they decided to make an arrest—boxing in the four youths’ car, newly released footage shows.

Officers then shot and killed Baez while their bullets also riddled Gomez and went through both hands of 19-year-old Joseph Lowe, who says he had raised them to protect himself. A 17-year-old in the back seat was physically unharmed.

“They didn’t say, ‘Hey, freeze,’ they didn’t do any of that,” Lowe said in a videotaped statement from the hospital on Thursday. “And then not even half a second [later] they started shooting into the car, and I put my hands up and got shot six times.”

The sheriff has been slammed in local media for refusing to release key information about how the alleged shoplifting incident escalated into a deadly and violent affair that involved Baez and the three teens. According to reporting by the Orlando Sentinel, local records law experts have already called his lack of transparency “disturbing.”

While López did eventually share the video and incomplete deputies’ reports from that evening, neither of those covered the shooting itself, and at Monday’s defiant press conference, the sheriff refused to discuss it, instead using the briefing to lay out a case against the young people and their alleged offenses, past and present.

“I think it’s also important to note that all the suspects in the vehicle had criminal histories,” said López. “Specifically Mr. Baez, the driver of the vehicle” who the sheriff said faced multiple previous criminal charges.

NeJame disputed that claim, saying that at least some of the cases López cited had never resulted in criminal charges and that Gomez had no criminal history at all. The Daily Beast confirmed through public records that three charges related to an arrest in 2019 that López referred to were labeled “not suitable for prosecution,” and could not immediately find any previous charges against Gomez.

“As expected, rather than deal with the facts and the evidence, he chose to take personal attacks misrepresenting the irrelevant history of the young men,” Nejame told The Daily Beast.

While López has said officers found a gun after officers pulled Baez’s body from the car, NeJame called that statement a “red herring,” as López made no claim that the gun was brandished or shot.

“It’s intended to distract the public and others from the true issue, and that is the unjustified killing and maiming of these individuals,” he told The Daily Beast. “There was no gun that was ever pointed or brandished or that law enforcement even knew about in the vehicle.”

Attorneys for the young men have also alleged the cops used unmarked vehicles and did not identify themselves as officers in the deadly incident—claiming that the department used them as guinea pigs for tactical training.

On Monday, López said the cops had turned on their lights and clearly displayed vests that said “Sheriff.” And he said Baez had rammed police vehicles while attempting to escape, causing a deputy to suffer a knee injury.

But lawyers for the young men pointed out that the video footage released on Monday night after the sheriff’s press conference did not show any visible police lights turned on until after the deputies had first rammed the teens’ car. Much of the incident after Baez attempted to drive his car out of the deputies’ blockade was obscured from view by trees, and there was no sound on the video.

“It’s insanity to suggest these young men did anything wrong,” Nejame told The Daily Beast. “Who created and accelerated the situation was the deputies and their horrific policy of how they handled the situation.”

Neither the Osceola County Sheriff’s Department or the families of the young men could be reached for immediate comment on Tuesday.

López has refused to name the officers who took part in the shooting, citing Marcy’s Law—a measure intended to protect victims of crime that has also been used as a tool used to shield officers involved in misconduct. He also cited the ongoing investigation by the Florida Department of Law Enforcement.

“So many outlets have spent the week questioning my commitment or transparency and accountability,” said López. “Although members of the media may disagree, I believe that citizens of Osceola County recognize that turning the investigation over to a neutral, unbiased agency is the best method of being transparent and accountable.”

As for the teens, they are recovering from both physical and mental wounds, said NeJame, as the families experience a range of emotions from disbelief to anger.

“All it was an attempt to defame and dirty them up by the sheriff which was really just reprehensible,” said NeJame. “It had zero relevancy to this horrific policy of the sheriff, which ultimately led to the death and maiming of these young men.”