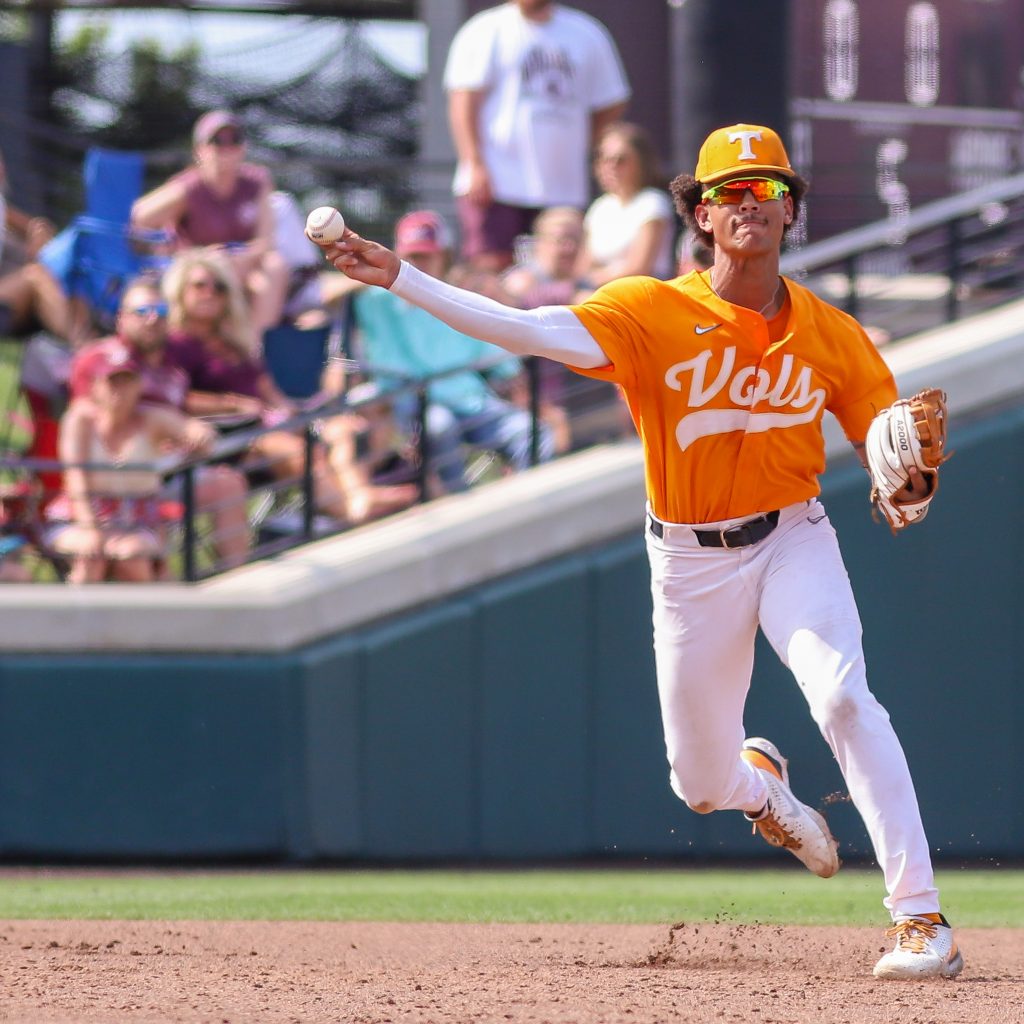 Tennessee has capped off one of the best regular seasons in program history with an 8-5 victory over Florida in the 2022 SEC Baseball Championship Game on Sunday.

This marks the Volunteers’ first SEC tournament championship since 1995. They have also won 53 games this season, the second-most in program history (54-16 in 1995).

??? ??? ??????.@Vol_Sports is the first school in @SEC history to win the women’s soccer, men’s basketball, and baseball tournament championships all in the same year!

After finishing their semifinal game over Kentucky around 2 a.m. ET on Sunday, the Vols had a quick turnaround as they played for a conference tournament title. They showed no signs of fatigue.

Camden Sewell threw five shutout innings, scattering six hits and recording one strikeout. The senior right-hander had his longest outing of the season in his second appearance of the SEC tournament. He threw 1.1 innings in Thursday’s 10-1 win over Vanderbilt.

Florida, which was playing its third game in two days, did a good job of keeping things close early. Neither team scored through the first four innings.

Carsten Finnvold was outstanding on the mound, especially considering he only pitched 4.1 innings all season coming into today. The freshman left-hander allowed nine runs and walked six in his four appearances during the regular season.

Against a Tennessee lineup that entered the game averaging 9.4 runs per game, Finnvold only allowed one hit through four innings.

Florida had an opportunity to strike first in the bottom of the fourth. Ty Evans singled and stole second with one out. Jud Fabian looked like he had a single, but Trey Lipscomb made a fantastic diving stop for the second out.

The Volunteers finally broke through in the top of the fifth with the help of some poor defense by the Gators. Colby Halter’s throwing error to lead off the inning allowed Evan Russell to reach second base.

Drew Gilbert had a bases-loaded double to left field that scored three runs to give the Vols a 4-0 lead. Finnvold allowed all four runs, but none of them were earned before he was removed with two outs in the fourth.

???????? ✅@Vol_Baseball executes a perfect squeeze, followed by a bases clearing double to crack open a 4-0 lead in the 5th!#SECBSB x #SECTourney pic.twitter.com/yOnMMh0vJL

Tennessee added three more runs in the sixth to break things wide open. Seth Stephenson and Luc Lipcius both had RBI doubles in the inning.

Florida was able to rally in the eighth inning to get on the board. The team scored three runs and sent eight batters to the plate. BT Riopelle had the big hit in the inning, a two-run homer off Ben Joyce.

Wyatt Langford and Sterlin Thompson hit back-to-back doubles in the bottom of the ninth to make it an 8-4 score. Thompson came around to score on an error by Evans, but Fabian fouled out to end the game.

It wound up being too little, too late for the Gators to get back in the game. They did put up a valiant effort against the best team in the SEC, but Tennessee has looked like an unstoppable machine all season.

Florida’s run to the SEC title game, which included wins over Arkansas and Texas A&M, did help enhance the team’s tournament resume. The Gators are projected to host a regional in the NCAA tournament, per D1Baseball.com.

The Volunteers should enter the NCAA tournament as the No. 1 overall seed when the field is announced Monday. They have won eight straight games overall and 12 of 13 dating back to May 7.