Schools Are Defying State Governments And Imposing Their Own Mask Mandates 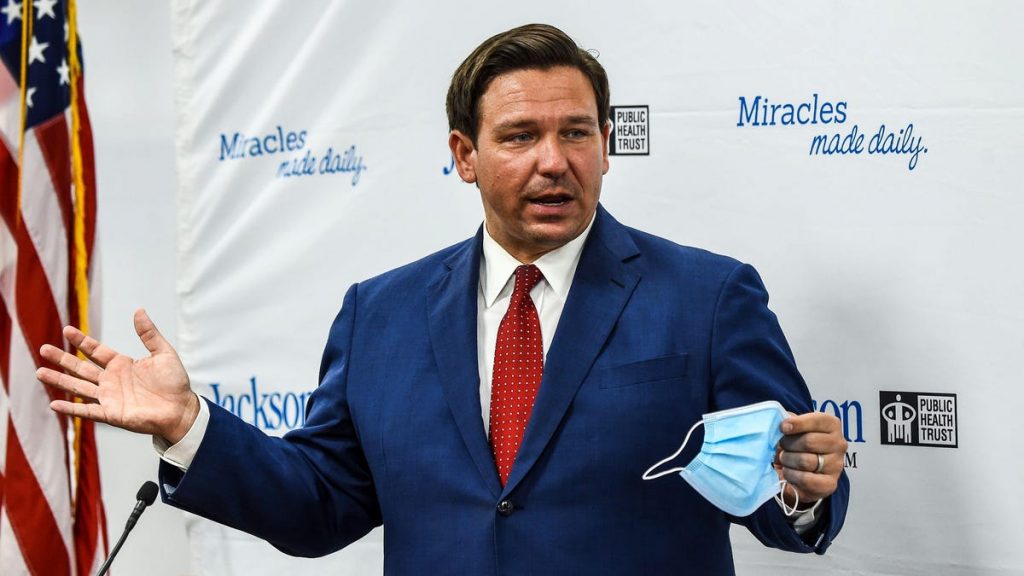 Branches of the University of Wisconsin and school districts in Arizona and Florida are ordering students and staff to wear masks indoors in spite of statewide regulations and laws that prohibit them from doing so, as the Delta variant’s rapid spread sparks new showdowns over mask orders between state and local governments nationwide.

The University of Wisconsin-Madison implemented an indoor mask mandate for students and staff Tuesday, after the university’s Milwaukee campus imposed a mandate last week.

The mandate came hours after a committee in Wisconsin’s GOP-controlled state legislature voted Tuesday in favor of the public university having to seek the legislature’s permission to impose a mask order or other Covid-19 policies, sparking a potential showdown as the Milwaukee Journal-Sentinel reports it’s unclear whether the university will seek lawmakers’ approval regarding the policy.

The Phoenix Union High School District and Elementary School District will require face masks for all students and staff despite a statewide ban in Arizona against school mask mandates, which has already prompted a lawsuit from a Phoenix high school teacher seeking to strike the mask requirement down.

After Florida Gov. Ron DeSantis barred school districts from imposing their own mask mandates last week, school districts in Alachua and Duval counties have moved to require masks anyway as Covid-19 surges in the state.

After the Phoenix high school district’s mask mandate was announced, a spokesperson for Arizona Gov. Doug Ducey said in a statement  that the governor believes the order “has no teeth” and is “unenforceable.” “School administrators should be doing everything they can to encourage eligible students and staff to get vaccinated, not break state law.”

57%. That’s the percentage of parents of K-12 students who support requiring unvaccinated students to wear masks in school, a Gallup poll conducted July 19-26 found, while 60% support mask mandates for unvaccinated teachers and staff.

The school districts’ decisions to require masks in defiance of state law is likely to result in a showdown with their states, with ABC 15 reporting Arizona lawmakers are already considering taking away funding from the districts. Despite the potential consequences, more schools are likely to issue their own mask orders: ABC 15 reports Tuscon-area schools will consider imposing a mask mandate on Wednesday, and the mayor of Columbia, South Carolina, is considering issuing a mask requirement for schools in the city despite a statewide ban in that state. Some statewide bans could also potentially get knocked down in light of the delta variant’s spread: Arkansas Gov. Asa Hutchinson has asked the state legislature to reconvene and amend its law banning school mask mandates—which is also being challenged by a parent-led lawsuit—and Democratic lawmakers in Oklahoma are seeking to have their state’s ban on school mask mandates rescinded.

Most school districts have acted in line with state policies. Broward County, Florida, reversed its mask mandate in light of DeSantis’ school mask order, and schools in Houston will not require masks even as the city itself has defied Texas’ mask mandate ban. In Salt Lake City, school administrators said the district is hamstrung by Utah’s restrictions on school mask mandates and directed those opposed to the state ban to direct their concerns to the state legislature instead.

State bans on local mask mandates have come under greater scrutiny as the surging delta variant and new public health guidance has spurred a new wave of mask mandates nationwide, with cities in Texas and Florida violating state rules to impose their own mask orders in addition to schools. The White House has slammed the state mask bans, with White House Press Secretary Jen Psaki telling the governors behind them Tuesday to “get out of the way.” While Hutchinson has expressed regret for signing Arkansas’ mandate ban into law, others have remained defiant, with DeSantis saying Wednesday, “We can either have a free society or a biomedical security state.”

Arkansas Parents Sue State Over Ban On School Mask Mandates — Could Other States Be Next? (Forbes)