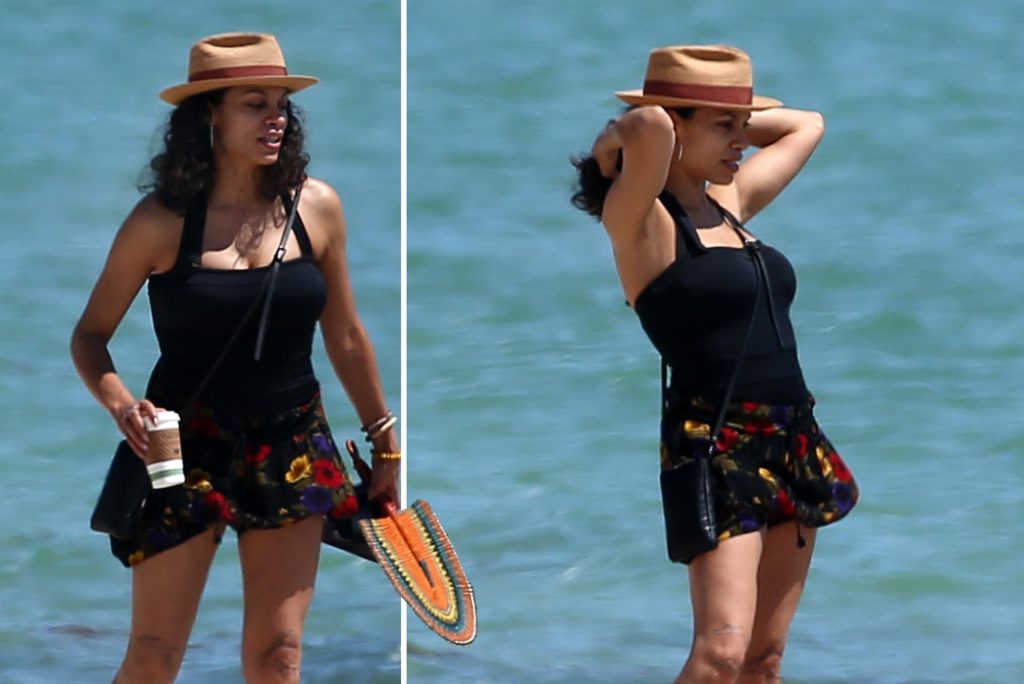 She’s there for a good time, not a long time.

Rosario Dawson is spending some time in Miami Beach after wrapping her latest movie project.

We’re told after the 42-year-old actress was seen filming a few scenes at the Goodtime Hotel, she was spotted going for a relaxing stroll along the sandy beaches of Florida. 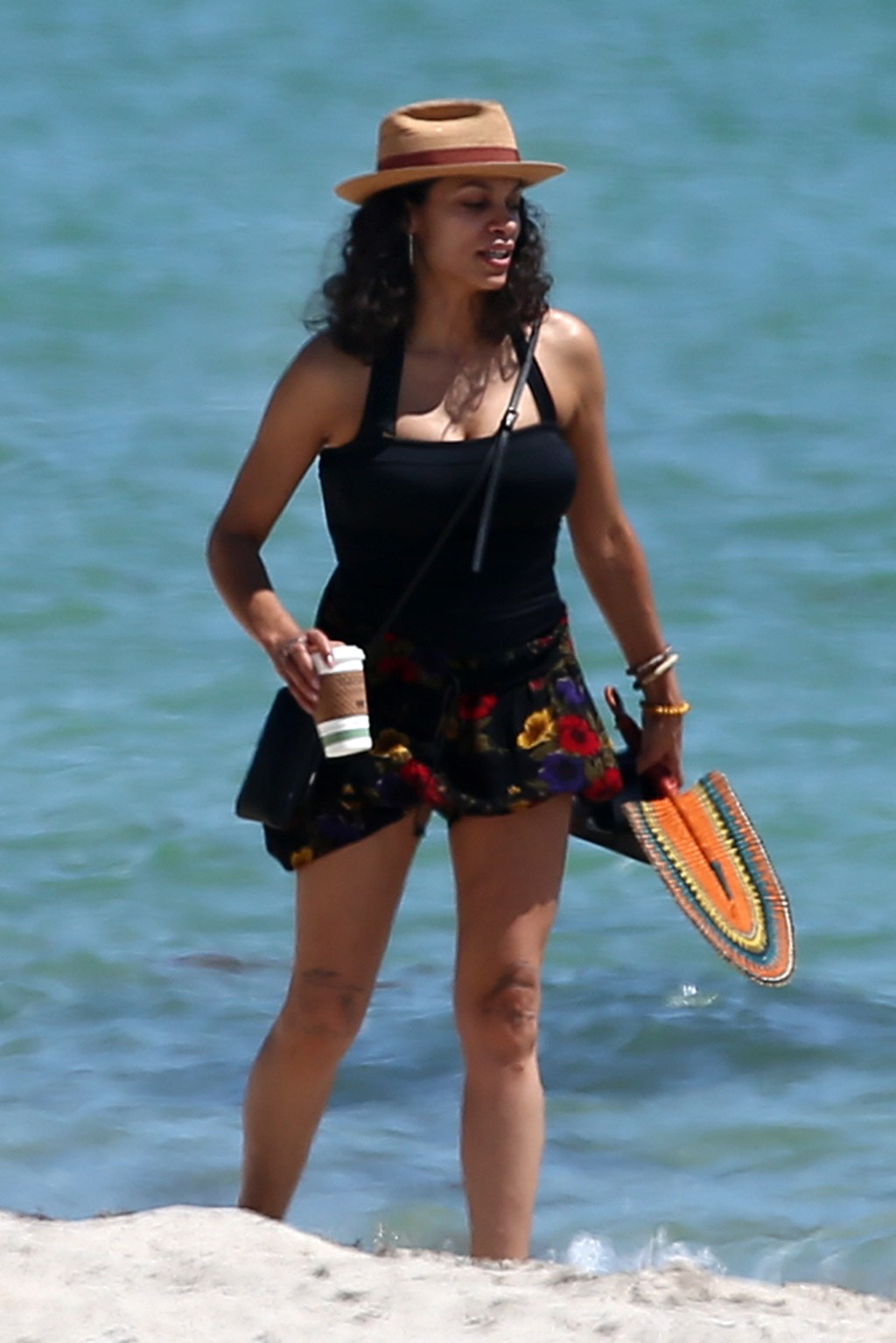 Rosario Dawson enjoying some time off in Miami. 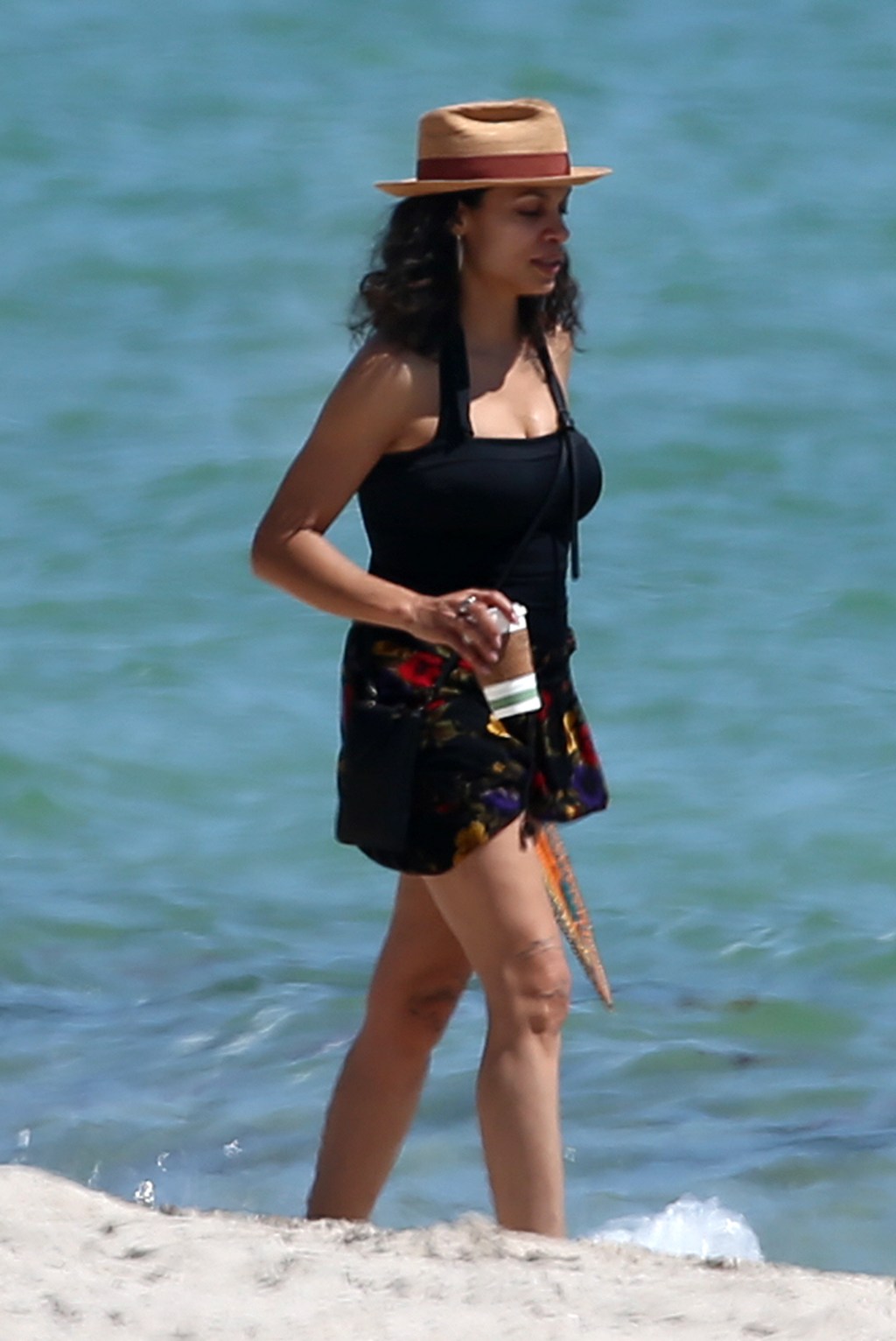 Dawson was photographed on Wednesday with a blonde-haired gal pal enjoying the sunny weather with a coffee in one hand and fan in another.

The “Men In Black” star, who is dating New Jersey Senator Cory Booker, was dressed in a black one-piece swimsuit, floral shorts and straw hat to shield her from the sun’s rays. She accessorized with bracelets, a ring and hoop earrings.

Meanwhile, her fair-haired friend donned a white bathing suit top and blue-patterned skirt as the two walked alongside the beach’s shoreline. 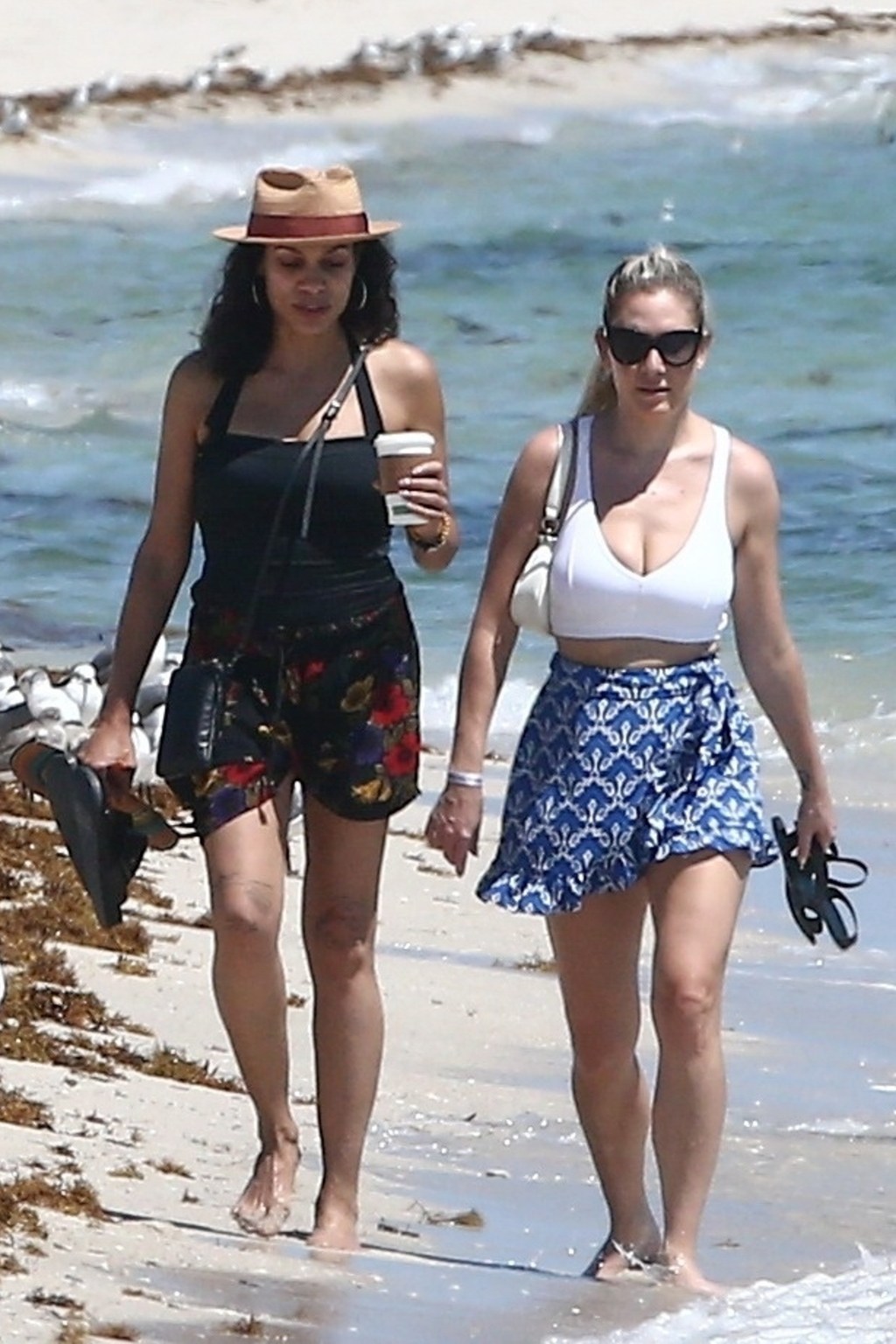 Dawson and a gal pal share a chat while walking along the shoreline. 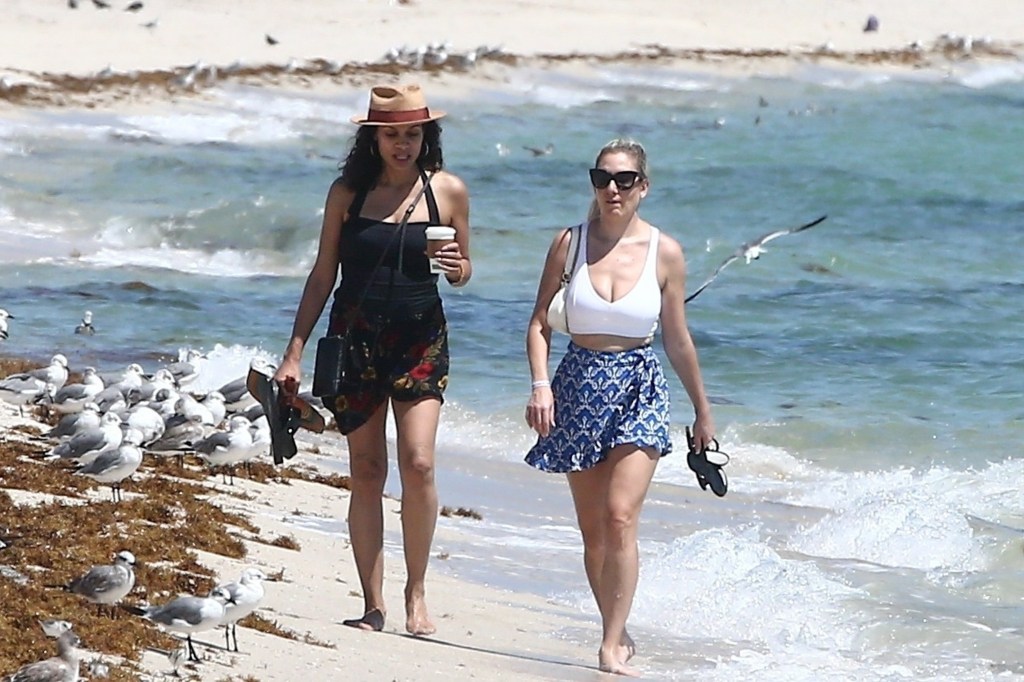 Dawson’s latest film — the third installment of the Kevin Smith-led comedy film, “Clerks III,” wrapped earlier this month, according to ScreenRant. Per IMDB, Dawson is set to reprise the role of Becky, which she played in “Clerks II.”

It is unclear if she was in Miami shooting a few additional scenes for that comedy or another movie; she is also listed as currently filming the new HBOMax sci-fi series “DMZ”— exec-produced by Ava DuVernay — on IMDB. 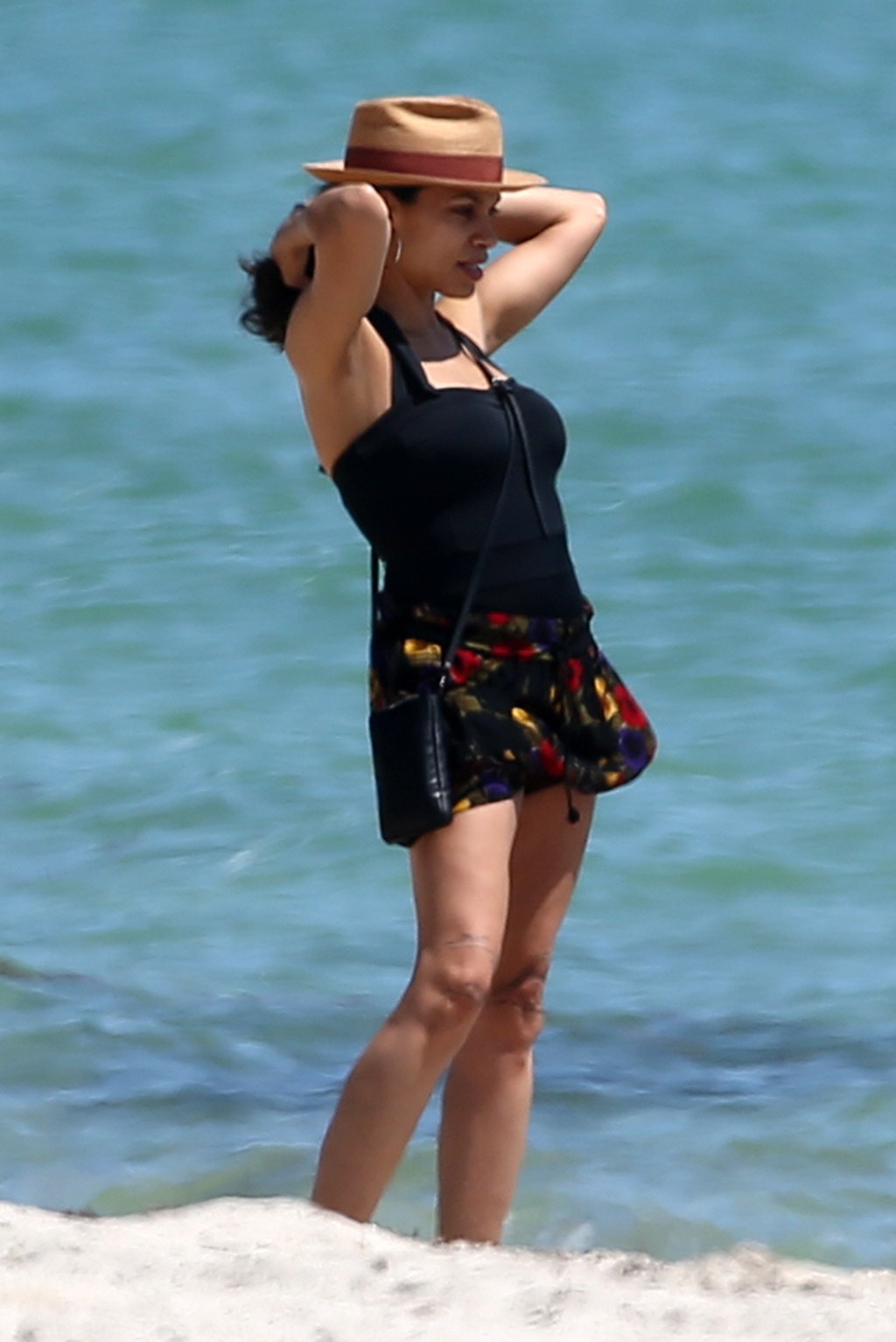 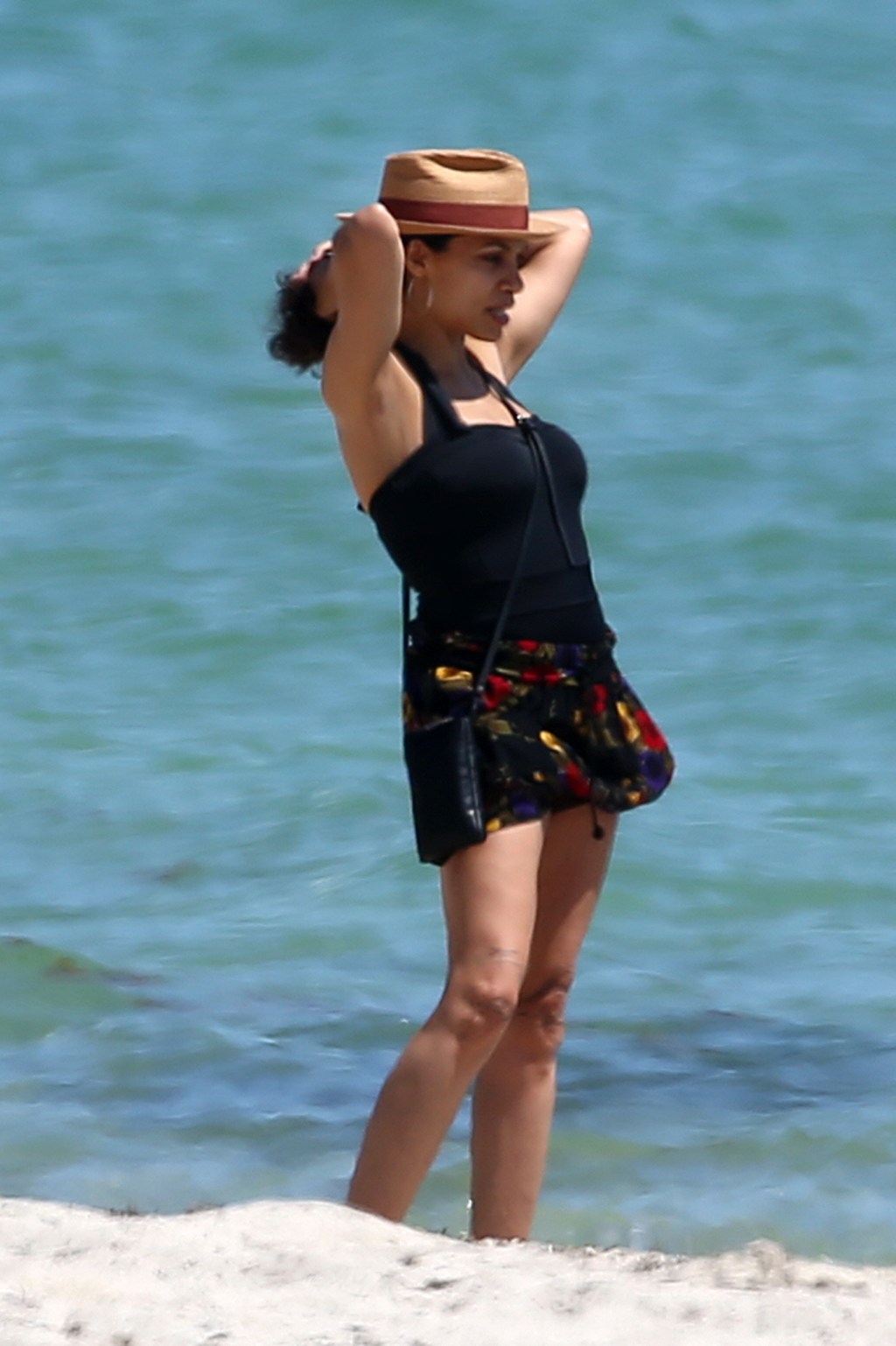 After vacationing in the Sunshine State, Dawson will likely head up north to New Jersey, where she just moved in with Booker, 52, after selling her $2.3 million Los Angeles pad.

The couple has been dating since late 2018.