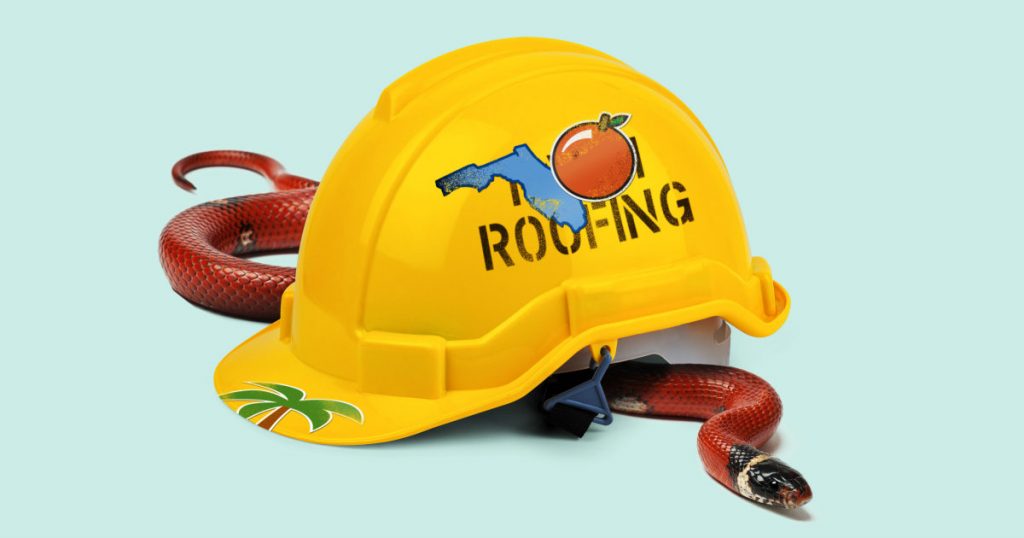 An avalanche of lawsuits fueled by roofing scams has plunged Florida into a property insurance crisis that has forced dozens of companies to shut their doors, drop customers, raise rates or flee the state. It’s a slow-motion collapse that lawmakers have known about for years but have failed to fix.

The mess has made it harder for people to protect their homes in a state that is frequently battered by high winds, hard rains and hail and is increasingly vulnerable to climate change. Things could get worse if the state is hit by a major hurricane, which hasn’t happened since 2018, experts say.

At stake is Florida’s ability to withstand natural disasters, and its reputation as a place to live well cheaply.

“Florida is the most volatile property insurance market in the country and it is on the verge of collapse,” said Mark Friedlander, spokesman for the Insurance Information Institute, an industry association.

Gov. Ron DeSantis, a Republican, acknowledged the emergency last month, when he ordered the state Legislature to come up with a solution before the June 1 start of hurricane season. Lawmakers will begin their special session on Monday.

The crisis is largely the result of a plague of roofing scams, fed by loopholes in state law and a string of court decisions that allowed them to proliferate, insurers and government officials say.

The scam works like this: Contractors knock on doors offering to inspect homeowners’ roofs for storm damage. They say they can help get a roof replacement covered by insurance, and they persuade the homeowners to sign away their rights to file the claims themselves. The contractors then file fraudulent damage claims, and when the insurance companies balk, the contractors sue. The insurance companies usually settle the disputed claims for many times more than the original claim. Most of that money goes to the contractors’ lawyers in the form of a “contingency fee multiplier.” Some lawyers file hundreds of such lawsuits a year.

The homeowner may get a free roof, but everyone pays for it through increased rates.

“Ultimately, the victim is every Floridian who is buying their neighbors’ roofs,” said state Sen. Jeff Brandes, a Republican from St. Petersburg who has criticized the state Legislature for not acting faster.

Andre Hall found himself in the middle of a scam in December, after roofers showed up at his home in St. Johns offering to inspect his roof for damage. They said they found some, and got him to sign a document that he didn’t understand — which he later learned required his insurance company to pay the roofers. But Hall is pushing back, trying to prevent the roofers from coming on his property, a stand he said he is making on principle.

In the state Legislature, attempts to reform litigation practices pit the insurance industry against trial lawyers, another politically powerful group. The Florida Justice Association, which represents trial lawyers, says the insurance companies’ claims about fraud and frivolous lawsuits are overblown, and that the companies are to blame for poor financial management. The group accuses the companies of using the issue to erode consumers’ rights to pursue legitimate claims, and regulators of poor oversight of insurers.

“A lot of this is brought upon themselves,” said Tyler Chasez, an Orlando insurance attorney and Florida Justice Association representative.

Lawmakers passed measures in 2019 and 2021 that were supposed to curb the schemes. But the insurance industry’s net losses have risen in each of the past five years, surpassing $1 billion in 2021, according to state officials.

Eight insurance companies operating in Florida have gone out of business since 2021, including three in the past three months. Those that remain have sought rate increases ranging from 15 percent to 96 percent and have become more selective about who they will cover; some are asking homeowners to replace their roof in order to get a new policy. Others are dropping customers; one company recently announced that it was canceling 56,000 policies.

The Insurance Information Institute estimates that average premiums in Florida could rise up to 40 percent this year.

The losses have made the Florida insurance industry so tumultuous that the “reinsurance’’ companies that insure them against sudden spikes in claims are charging higher rates. That puts insurers on even shakier ground.

“If we see significant hurricane activity, we have no doubt that there will be multiple failures,” Friedlander said. “And every policyholder pays for the failures.”

If an insurance company goes out of business, its claims are picked up by state-run funds.

If those funds run dry, homeowners end up paying to replenish them.

“And when these companies go under, you have hundreds of people losing jobs,” said Joseph Petrelli, president of Demotech, which rates insurance companies. He warned earlier this year that unless the state Legislature passed significant reforms, his company would likely downgrade the financial stability ratings of several insurance companies doing business in Florida.

The closings, rate increases and dropped policies have triggered a rush of homeowners to a state-run insurer that is meant to be a carrier of last resort. The insurer, Citizens Property Insurance Corp., said it is signing more than 5,000 new policies a week and has doubled its rolls in two years to more than 800,000. The bigger the company gets, the more at risk it is of being unable to pay claims if the state is hit with a major hurricane.

“I blame the government for allowing this to happen,” said Adriane Almeida, whose annual premium on her home in Sebastian doubled last year from about $2,400 to about $4,900 without an explanation from her private insurer.

Almeida is 60 and receives Social Security disability benefits. After getting notice of the rate hike, she enrolled with the state-run insurer. Her premium dropped to about what it was before the rate increase. But Citizens Property Insurance has asked the state permission to impose an 11 percent rate increase of its own.

“This is not fair to the people,” Almeida said.

Next week, the job of fixing things will fall, again, to state lawmakers.

State Sen. Jim Boyd, chair of the Committee on Banking and Insurance, introduced a package of bills Friday that included stricter rules on roof replacements, restrictions on how contractors advertise and a prohibition on insurers refusing to cover homes with roofs less than 15 years old. The legislation would curb attorneys’ fees and require insurance companies to explain in more detail their decisions on damage claims. Boyd also proposed giving insurance companies more access to a state-run Hurricane Catastrophe Fund.

If the Legislature doesn’t pass meaningful change, experts said, then more companies will go out of business, and property insurance will keep getting harder and more expensive to find.