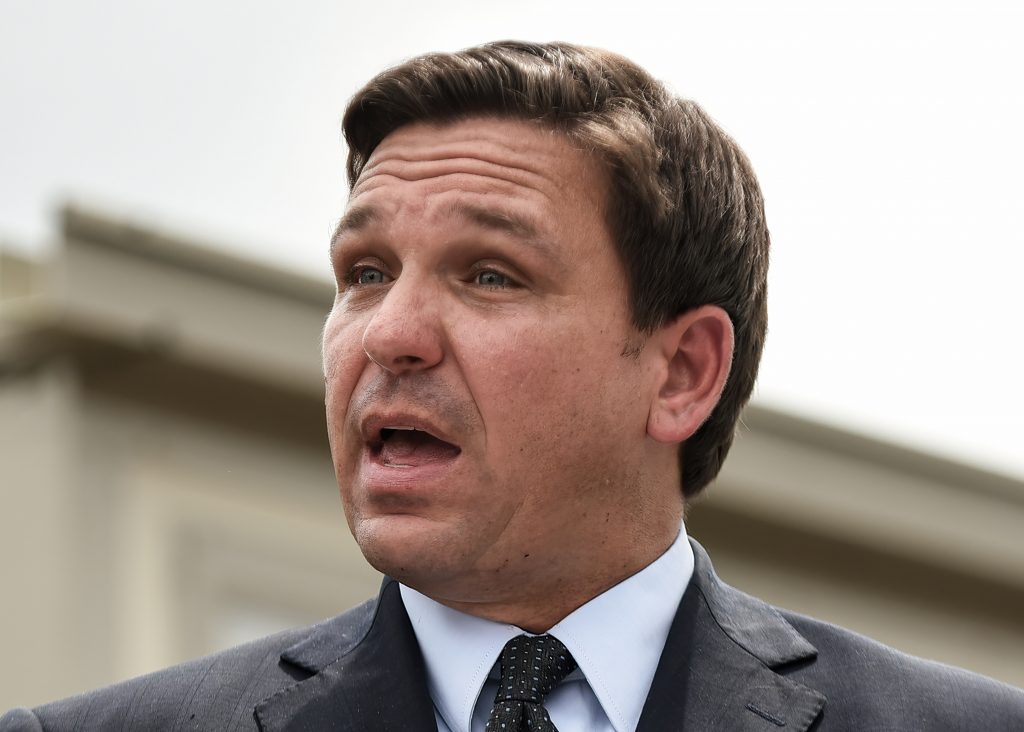 The Florida congressional map Ron DeSantis drew in an apparent effort to dilute the Black vote was blocked Wednesday as “unconstitutional” — by a federal judge the governor himself appointed. “The enacted map is unconstitutional under the Fair District amendment,” Leon County Circuit Court Judge Layne Smith said Wednesday, striking down part of DeSantis’ so-called “race neutral” map and ordering a replacement from Harvard University professor Stephen Ansolabehere, a witness for the plaintiff. “It diminishes African-Americans’ ability to elect the representative of their choice.”

The decision, which the governor’s office says it will challenge when it is formally entered, will kick off a significant legal fight in the key battleground state that is expected to go all the way up to the state Supreme Court.

Florida Republicans last month gave DeSantis, a leading GOP culture warrior and potential presidential aspirant, the authority to put forth his own congressional map after he vetoed one approved by the legislature in March. Critics, including the American Civil Liberties Union, denounced that as a “dangerous and unprecedented move.”

“The Florida Legislature’s decision to cede this decennial process of redrawing lines for congressional districts to Gov. DeSantis is undemocratic,” the ACLU said at the time. “People should pick their politicians, not the other way around.”

If giving the governor redistricting powers was undemocratic in and of itself, his proposed map was even more so: In targeting what he called “unconstitutional racial gerrymanders,” he essentially engaged in gerrymandering himself, breaking up a predominantly Black district represented by Congressman Al Lawson and spreading its Democratic-leaning voters through four Republican-leaning districts; Republicans, who currently represent 16 of 27 Florida seats in the United States’ House of Representatives, would have a 20-8 advantage under the new map, which adds another district due to population growth. Florida Republicans rubber-stamped DeSantis’ map in April, amid protests from voting rights advocates and Democratic state lawmakers, who chanted “Stop the Black attack” as the GOP-controlled House approved the map. “It’s my hope that you recognize that when you begin to trample on marginalized people in the manner you’re doing, which you know is wrong — that’s when you have to do some self-reflection on whether or not we are doing the right thing,” Democratic State Senator Shevrin Jones said in a floor speech at the time, noting that Florida could wind up with only two Black representatives in Congress if the gerrymander went through. “

Smith’s ruling would preserve Lawson’s 5th District and also allow a map drawn by Ansolabehere, a witness for the civil rights groups who challenged DeSantis’ gerrymander, to be used in its place. “DeSantis is wrong for enacting this Republican-leaning map that is in clear violation of the U.S. and state constitutions,” Lawson said in a statement Thursday. “It is critical to maintain congressional district five so minority voters have a voice at the ballot box in November.”

“I am optimistic that future courts will also do what is right,” Lawson added.

It remains to be seen if they will. On the one hand, DeSantis’ cartography is blatantly partisan, and would seem to clearly violate state Fair District standards that prohibit districts that “deny racial or language minorities the equal opportunity to participate in the political process and elect representatives of their choice,” as Smith ruled Wednesday. “The minority vote is lowered enough that you would expect it to be substantially harder for minorities to elect the candidate of their choice,” said Smith, who was appointed to the court by DeSantis in 2020.

On the other hand, Florida Republicans have already found success in the appeals process with their draconian voting restrictions, which were blocked by a lower court as intentionally discriminatory. “This is an opinion that full throatedly reads the Voting Rights Act in the expansive way that Congress intended it to be read, and essentially dares the higher courts to overrule it,” voting law expert Rick Hasen told NBC News after Judge Mark Walker’s decision against Senate Bill 90. An appeals court took up the dare last week, temporarily reinstating the restrictions for the midterms and calling Walker’s assessment that the legislation purposefully discriminates “flawed.” It is possible that the legal fight over DeSantis’ map could go the same way, especially if it reaches the state’s Supreme Court, which is currently comprised entirely of Republican appointees — three of whom were named by DeSantis. “We will undoubtedly be appealing his ruling and are confident the constitutional map enacted by the Florida Legislature and signed into law passes legal muster,” Taryn Fenske, a DeSantis spokesperson, told Politico. “We look forward to defending it.”